Dorinda Medley Claims Ramona Singer Tries to Run “Smear Campaigns” Against the RHONY Women and “Side-Swiped” Elyse Slaine, Does She Believe They Can Find a Resolution? Plus Live Viewing Thread 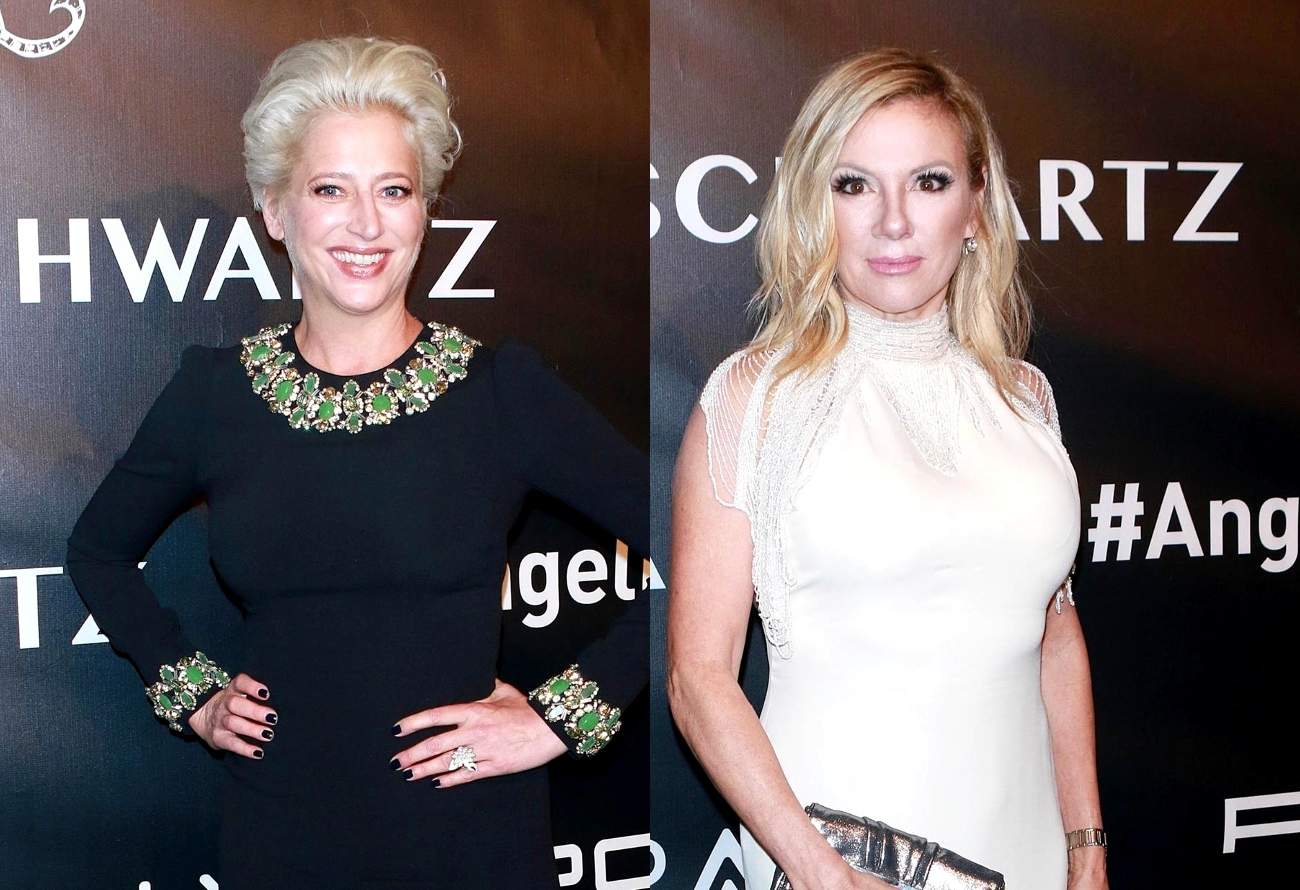 The tension between longtime friends Dorinda Medley  and Ramona Singer‘ continues to become, well, more and more tense. Is there a resolution on the horizon?

In a new interview, Dorinda detailed her frustrating relationship with Ramona, the difficult time she’s had this year, and how she thinks the The Real Housewives of New York City, can move forward … if at all.

Speaking with Celeb Magazine on July 10, Dorinda first commented on the merry-go-round aspect to RHONY and the “natural progression of the show” in which the women are essentially forced into working out their differences in order to start filming again. This year, however, Dorinda feels Ramona has had it out for her especially, making it potentially more difficult to move forward.

“Even to this day, she still is kind of trying to promote this thing that I’m angry, I’m this, I’m that … I think… from my perspective, she got a story line and she kind of went with it,” she stated. “Even when she came to the Berkshires, I was happy. She kind of tries to do the happy thing with me, but behind the scenes in the interviews … in the light of the day she’s trying to — I’m fully willing — I invited her, I welcome her. But her interviews are still … before the Berkshires she’s [saying I’m] so angry. It’s almost like a promo piece. It’s very sort of like of our moment in time — if you say it enough, it becomes true.”

Dorinda went on to scorn Ramona’s “degrading” and “defamatory” digs and manipulative ways — like how she seemingly brought her and Sonja Morgan along to her birthday event planning in hopes of scoring a free party.

“Ramona does well with smear campaigns. ‘Let me smear you’ … so that becomes the focus. Not about what we need to talk to, but something degrading, defamatory, and hurtful so that we start from that place,” Dorinda said. “The truth of the matter is she was wrong. She literally — the other girls said… she brought us there to get a free party. Just admit it. Just say that. She made it out like we were going out downtown for a quick thing because she needed herself. I had an appointment at five I missed. It was like five hours. And then she ignored us and… then had us do promo pictures… everything was agenda-based.”

The 55-year-old explained how her “difficult” year last year — from damage to her home, to breaking up with longtime boyfriend John Mahdessian, to her dog, Lucy, passing — definitely lead to some struggle this season. But where was Ramona in all this other than commenting on it on TV?

“[Ramona] says you’re in pain, you’re angry, but here’s the weird thing: How about after 20 years [of friendship] instead of piling on, how about calling me when we’re not filming or calling me and saying how are you doing? [She could say] You’re right, you win. I’m struggling this year,” Dorinda remarked. “I was in a relationship with 7 years with John. It’s not like I broke up because we had a fight or something. It just came to be. And we’re still very close. We’re still friends. But instead of [Ramona] bashing me about it and bashing him and saying I don’t know how to date, she could have been a little kinder about it.”

Although she felt particularly ganged up on, Dorinda noted that she wasn’t the only target of Ramona’s “bashing,” rather it was something she was “systematically doing [to] everyone.”

“There’s just sort of seems like this thing [with Ramona]. Leah [McSweeney], you’re this, you’re disgusting. Dorinda, you’re angry. Sonja, you’re fat. There just seems to be this theme of [Ramona thinking/acting like she’s] better than everybody,” she said. “It was very exclusionary. She wanted to be with her other friends, her other 50 friends, her other 100 friends. She wanted to change the party of Luann [de Lesseps]’– who changes someone’s dinner party to suit her after party? Who doesn’t let your friend Elyse of 20 years sit at your table?”

Dorinda went on to explain how “confused” the women were about Ramona’s behavior toward Elyse [Slaine], someone she herself has known for “like 15 years.”

“I’ve known Ramona for a long time, but Elise has known her for a long time too, but in the past 5,6,7 years, they’ve been super close,” Dorinda stated. “She really helped her with the breakup with Mario, she helped her with Avery Singer she was like a family member in her life. I think it really side-swiped poor Elyse and it was a weird thing. We didn’t recognize her. We’re all a little bit confused.”

When the dust settles (hopefully) from this season, does Dorinda think she and Ramona can reach a resolution?

“I know Ramona loves me deep down inside, but there was something going on with her. I think there’s something — she feels like she got cheated, she’s deserving … she doesn’t dare want anyone to be happy before she is,” Dorinda said. “There’s a little bit of that. She has empowered herself a little bit this year by putting down the other girls… there’s a lot of labeling and she did that to Bethenny [Frankel] before when she told her she had no friends.”

Even with Dorinda feeling like Ramona wasn’t on her side as she went through a “transitional time,” she does hope the friends of several years can find some solid ground again.

“We all have very long relationships,” she said. “It’s not like this started on the show. We all know each other’s lives and families and divorces and deaths. We have to go into this knowing that we’re going to have to deal with difficult situations, but we need resolution. We need resolution as a group and the audience needs resolution.”