REPORT: Dorinda Medley “Offended” Andy Cohen and Sealed Her Fate on RHONY With “Turkey Baster” Diss, Plus Insider Addresses Rumors of a Return 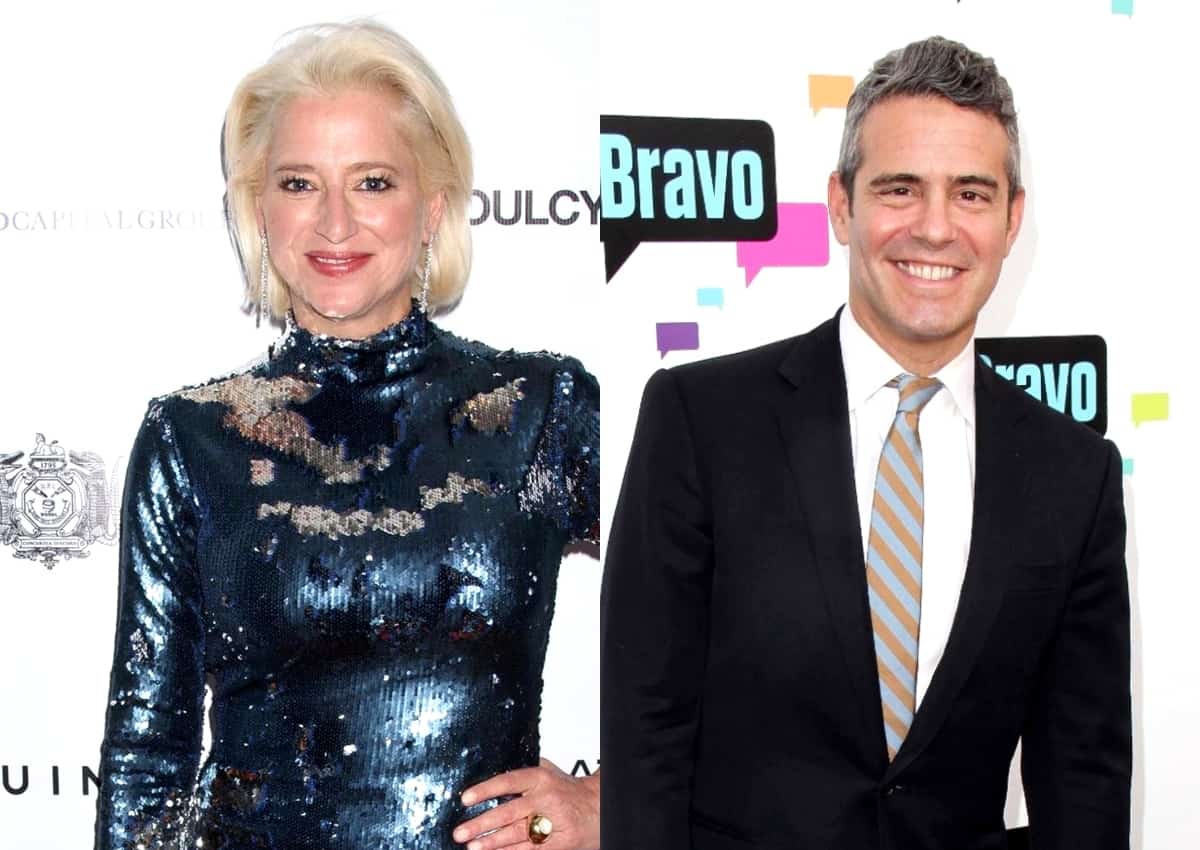 Andy Cohen was reportedly not amused by the “turkey baster” diss that Dorinda Medley made during the 12th season of The Real Housewives of New York City.

According to a new report, the Watch What Happens Live host, who welcomed son Ben, via surrogate, in February 2019, was so “offended” by the insensitive comment about Tinsley Mortimer‘s potential pregnancy that it was actually factored into the decision behind Dorinda’s departure from the show last month.

“It was part of sealing her fate,” an insider told Page Six on September 1.

As fans of RHONY well know, Tinsley has been open about her fertility struggles in the past and froze her eggs in 2018. So, when it comes to Dorinda poking fun at her former castmate for failing to have a child naturally, it was deemed as cruel by many.

Following Dorinda’s Instagram announcement regarding her exit from the show on August 25, insiders claimed she was booted by Bravo for being a “mean drunk” on set.

Although it was later noted that the network was having second thoughts about Dorinda’s exit, it has since been revealed that the reports are false and just for show.

“I think Bravo is trying to just placate her,” the insider revealed.

During the episode in question, Dorinda told Tinsley, who had just announced her engagement to Scott Kluth, “I’ve got a turkey baster — maybe try and have a baby.”

“You just look like an evil, mean person,” Tinsley said in response to the dig.

In addition to Andy’s apparent disgust, a number of fans on Twitter also spoke out.

“Dorinda making snarky comments about Tinsley’s fertility is disgusting. Women need to support other women. Cannot wait for the world to drag her for that,” one person tweeted.

“What if your daughter had fertility issues, Dorinda? Would you not be FURIOUS at someone making the comment you did tonight towards her for that? Where does your hate for Tinsley stem from? Do you even rewatch yourself on the show? Vindictive & vile behavior!” another viewer added.