Home Real Housewives of Beverly Hills News Kyle Richards Reveals Which RHOBH Photo Got Her in “A Lot of Trouble,” Plus She and Lisa Rinna Accidentally “Twin” in Matching Outfits During Filming on New Season

Kyle Richards Reveals Which RHOBH Photo Got Her in “A Lot of Trouble,” Plus She and Lisa Rinna Accidentally “Twin” in Matching Outfits During Filming on New Season 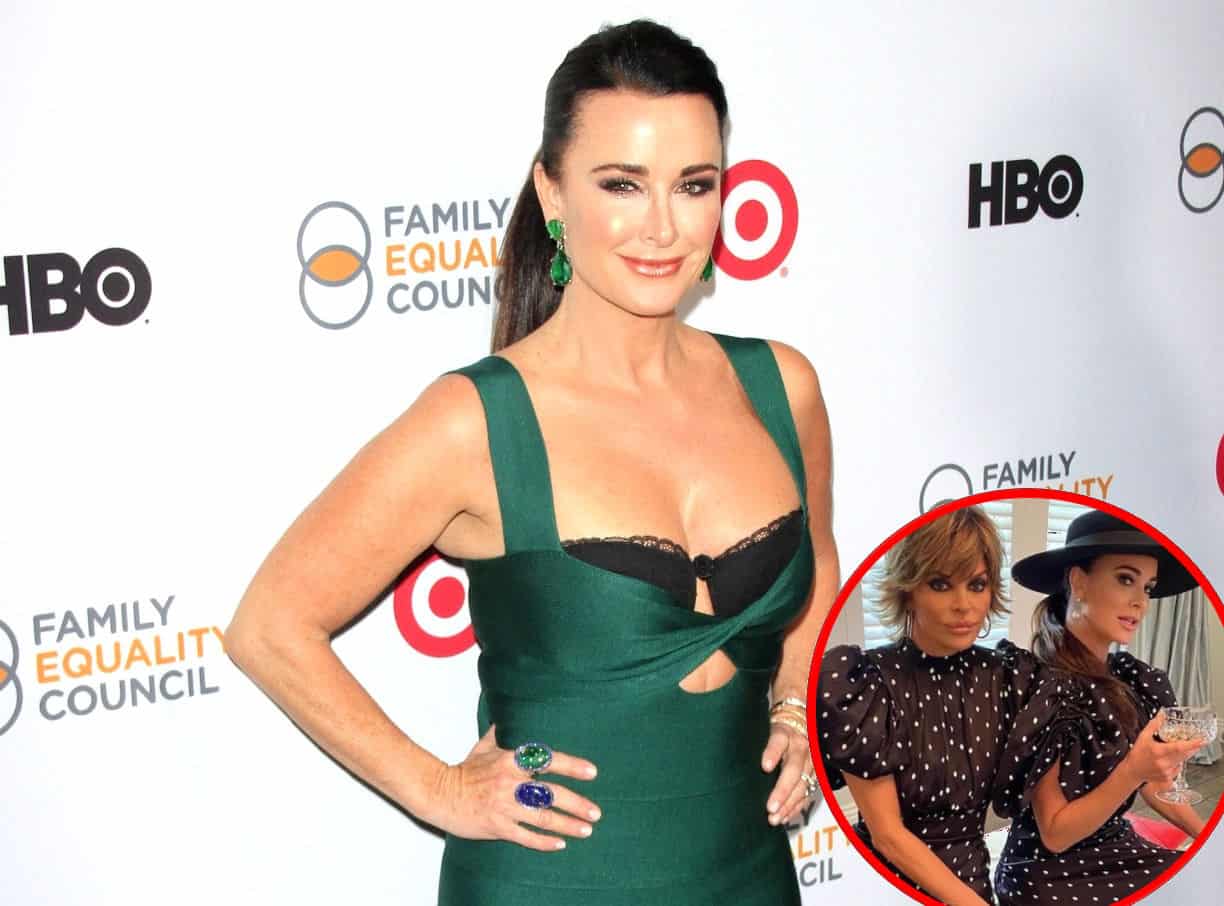 Kyle Richards looked back on a series of photos during a recent interview and admitted that when it came to one particular image taken after the Real Housewives of Beverly Hills season 10 reunion, she faced a lot of backlash after sharing it online.

While playing a game of “I Can Explain,” Kyle said that a July photo with Erika Jayne, Teddi Mellencamp, Dorit Kemsley, and Lisa Rinna got her in “a lot of trouble” as she captured attention from fans over the weekend with a hilarious photo of herself and Rinna accidentally showing up for filming on season 11 in the exact same dress.

“That was right after the reunion,” Kyle told Us Weekly on November 8 of a cast photo shared months ago and seen below.

“After it ended — Dorit and I weren’t even talking before the reunion — so I texted some people, and was, like, ‘I fixed things with Dorit,’ whatever, I said, ‘Does anyone want to come over?’” she continued. “Everyone was like, ‘Please I want to have a drink, a cocktail.’”

While Kyle reunited in person with several of her RHOBH castmates after the virtual reunion taping, Garcelle Beauvais wasn’t invited to the gathering nor was Denise Richards.

“Garcelle was, like, well, we weren’t invited,” Kyle said. “[But] it doesn’t really work like that. I didn’t mean to hurt anyone’s feelings. There’s never been a reunion ever where everyone went out together in the history of reunions.”

After explaining one of her more controversial social media photos, Kyle spoke of her two goofiest photos, both of which were taken during Andy Cohen’s January 2019 baby shower.

“This was at Andy Cohen’s baby shower when we’re leaving,” Kyle said of an image of herself getting ready to give a kiss to former Real Housewives of Orange County cast member Tamra Judge. “That was a really fun event. That’s never going to be topped.”

A second photo featured Kyle dancing on a table with Lisa.

“That is [us] dancing on a tabletop, of course, having the time of our lives,” she explained. “That was at the baby shower having so much fun. I always think, ‘Gosh, if Andy has another baby we’re not going to be able to top the baby shower.’”

In other RHOBH news, Kyle and Lisa took to their Instagram pages over the weekend where they confirmed a major wardrobe mishap.

“When you’re feeling good about your outfit and then your friend walks in feeling equally as good about hers. No, this wasn’t planned,” Kyle wrote in the caption of a photo of herself and Lisa wearing matching polka dot dresses. 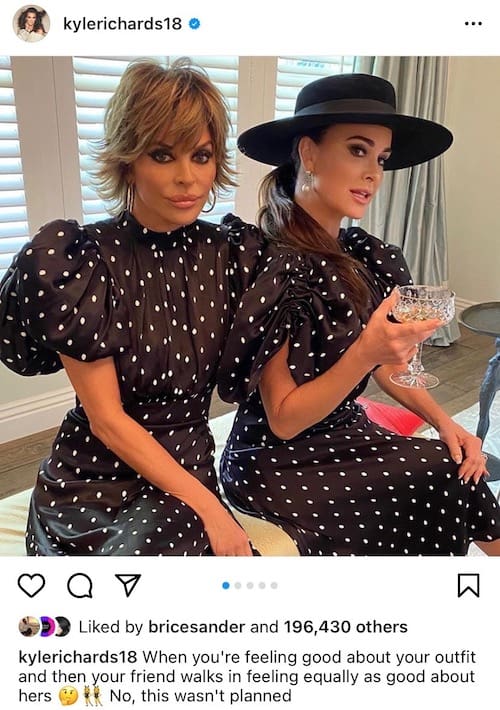 “Oops we did it again. Ladies who Lunch. Parisian Style. [Kyle Richards] and I in the same [ROTATE Birger Christensen] dress,” Lisa added in her own photo. 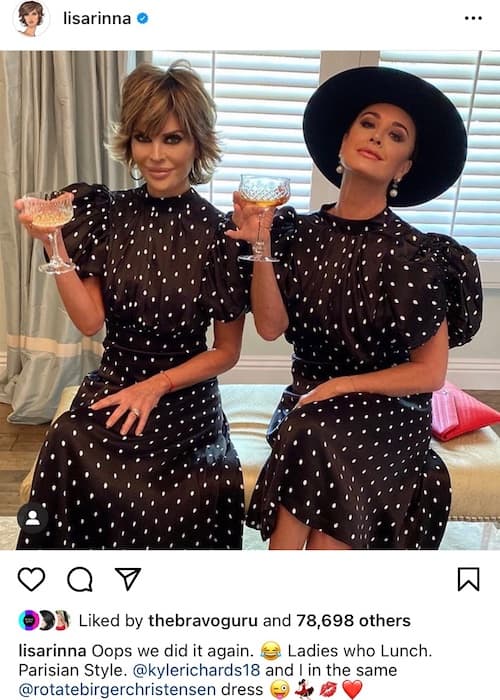 After Kyle shared her image, a number of her RHOBH castmates weighed in with comments.

“I can’t tell you how happy this makes me!!” Erika said.

“No ma’am. How did this happen again?” Teddi wondered. 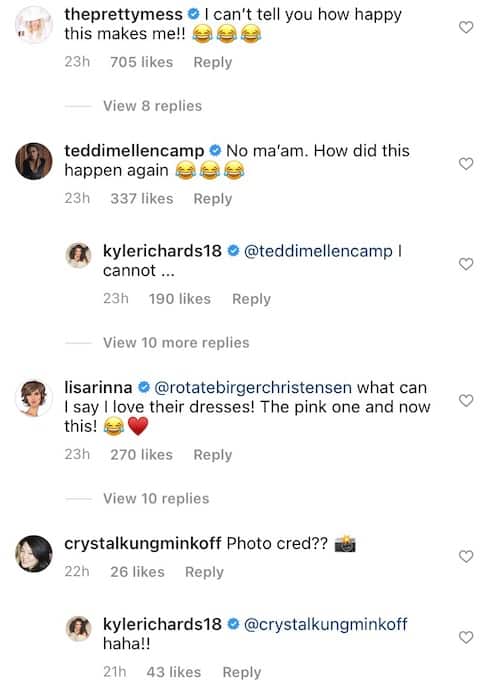