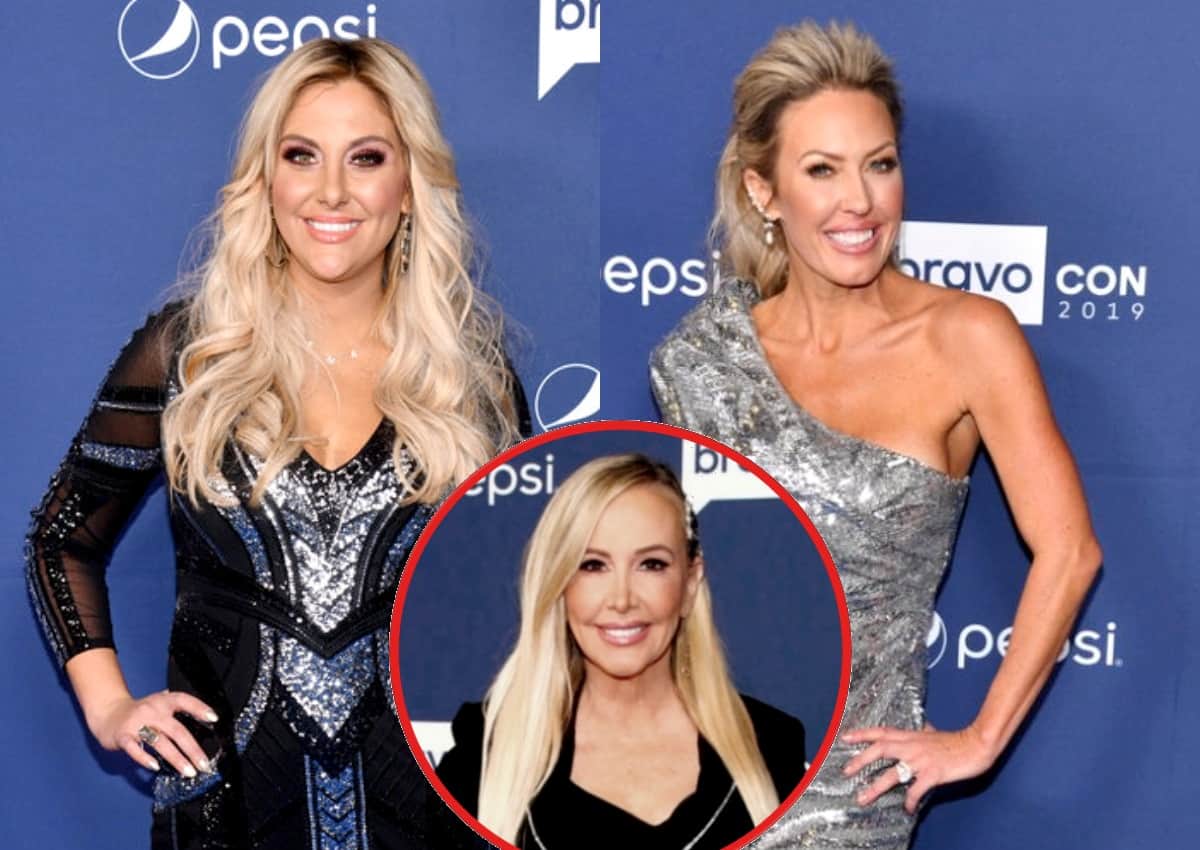 During a recent interview, Gina explained why Braunwyn should not be included on the upcoming season before slamming Shannon Beador for her “inappropriate” behavior at Braunwyn and Sean Burke‘s vow renewal, commenting on Braunwyn’s rumored romance with Real Housewives of New York City cast member Barbara Kavovit, and discussing her thoughts on a potential return from Tamra Judge.

“I think that Braunwyn is still going through a lot with this sobriety and emotionally and her airing out her marriage and her sexual confusion, stuff like that. These are major things to go through and I don’t know if [RHOC] is the right venue to go through those things in,” Braunwyn explained during a November 26 interview with Access Hollywood.

While Gina doesn’t necessarily want to see Braunwyn fired from the show, she feels that Braunwyn’s sobriety put her and her castmates in a tough position.

“It puts us in a scary situation. It’s hard for us to navigate as a group,” Gina explained, adding that Braunwyn should be given her “own show.”

During the latest episode of the show, Shannon and Kelly Dodd were seen arriving at Braunwyn’s vow renewal with tequila after Gina informed them that the mother-of-seven was triggered by the drink.

When asked if the behavior was insensitive, Gina admitted that she would never have done such a thing.

Although Gina wasn’t thrilled to see Kelly with booze at Braunwyn and Sean’s event, she told the outlet that she believes Kelly is good for RHOC, despite the regular backlash she receives.

“I think Kelly is good for the show, I do. We all have our purpose on the show and I think she’s funny,” Gina shared. “Even her saying to Braunwyn, ‘Do you want a sip?’ I thought that was funny actually. Yes, it’s insensitive but I think it was good for Braunwyn in that moment. She needed to laugh.”

As for the rumors suggesting Braunwyn’s mystery romance is with Barbara, who appeared in a “friend” role on just one season of RHONY, Gina admitted that she doesn’t know who it is that Braunwyn is dating.

“I don’t know. She just wants to make it this big thing,” Gina said of Braunwyn’s vague comments about the new person in her life, noting that Braunwyn told her and the cast she was a lesbian the day she met them.

Also during the interview, Gina said she’d be on board with Tamra returning to RHOC even though she doesn’t think it will happen.

“When I think from a practical, logistical place, it’s a no. Can I see it in a world where they would offer her a friend role or something? I can see that. I don’t think she needs [the money] but I think everybody likes a giant paycheck,” Gina reasoned.

“She lost a giant paycheck [but] she’s not going to lose her house. Tamra’s really good with money and she’s not spent outside of her limit. She’s actually really practical,” Gina stated.