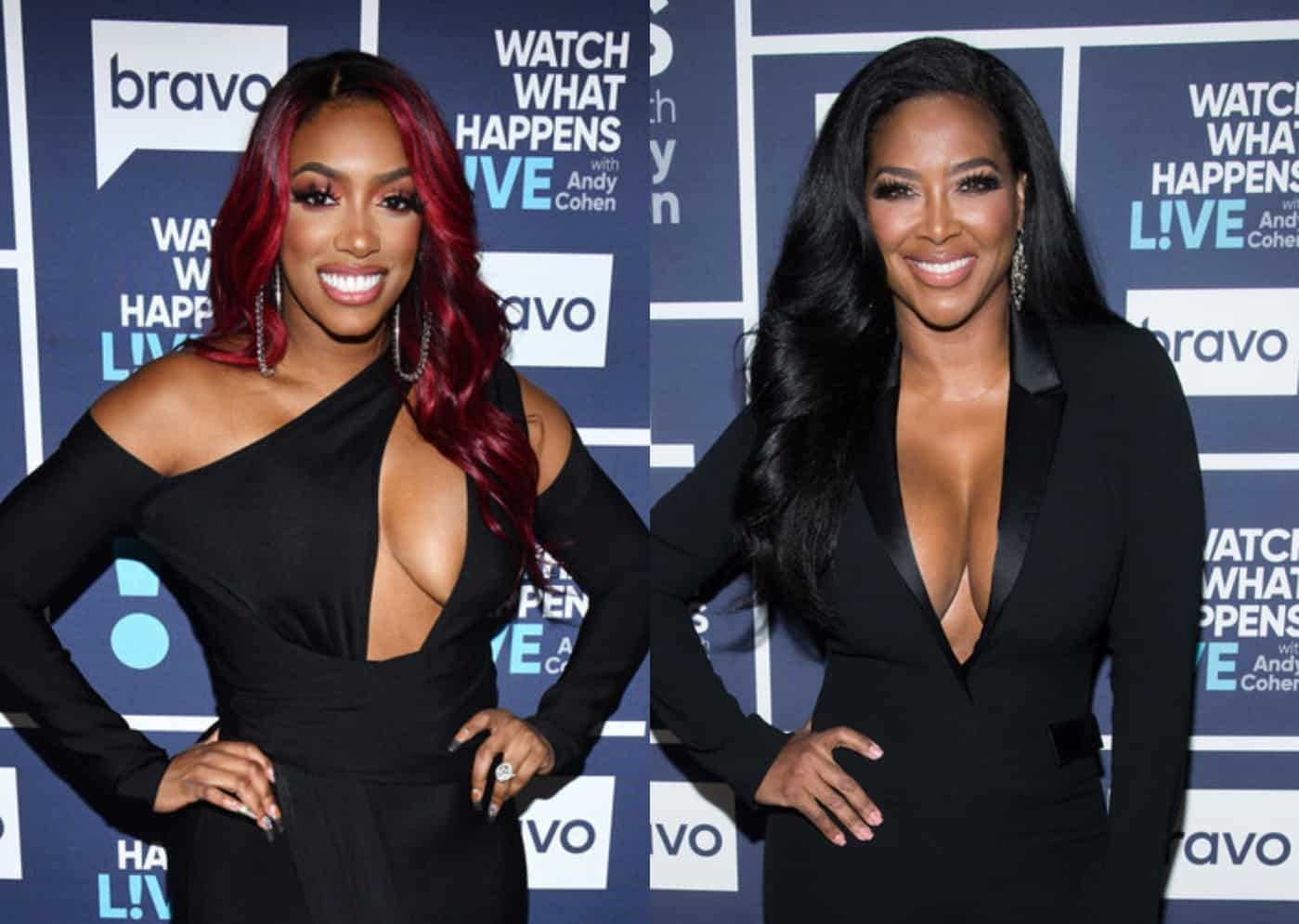 Porsha Williams and Kenya Moore seemed to resolve any past resentment between them on last season of The Real Housewives of Atlanta, but that resolution hasn’t lasted long.

This week has seen the Porsha and Kenya feathers being ruffled yet again as the two battle over the idea that Porsha’s recent Black Lives Matter activism was inauthentic.

In a preview for next week’s episode, Kenya questions the legitimacy of Porsha’s involvement with this summer’s protests (in which she got arrested). Kenya wondered if she was intentionally getting herself arrested and simply taking action for “clout,” as she implied earlier this year by co-signing a fan’s comment on the matter.

Following the accusations, Porsha posted a comment from Tamika D. Mallory, a prominent activist, who backed up Porsha to a fan and cleared up speculation around Porsha’s arrest.

“You don’t know what you’re talking about and how Porsha got there,” Tamika began her response to a commenter. “I called her and asked to come after I saw her out in Atlanta protesting. Y’all always making statements like you know something to be fact when you don’t. To be clear: Porsha was nervous as hell and went back and forth before deciding to get arrested. [Yandy Smith], who I also called to come, promised her they would stay together as much as possible. Porsha’s family stood nearby waiting for her the entire time. The jail was cold and filthy. The cell was packed. The next time she came back for a protest, we marched on to a bridge and they sat down. I was not arrested that day.”

Porsha also added her own response as she quoted Tamika defending her.

“It really is sad that this had to be addressed. Thank you @tamikadmallory my leader and sister in the struggle for all you do first a for most!” Porsha began her lengthy caption. “However, I will say this I am on Rhoa and most of the show is for entertainment but when it comes to BLM let me be clear I will not be Reading anyone, I will not be shading anyone, I will not stoop down and give weight nor battle the topic of BLM with a fellow black [woman] on TV!”

Porsha went on, “I take it very serious so all I will say is Kenya I will pray for you over the holidays and maybe even I can be a beacon of light in your dark heart when it comes to anything Porsha related or maybe I can enlighten you on the act of *Civil disobedience. I truly hope that in next week episode you are not questioning or belittling the efforts of the very brave women and men all over the world who stood up and said No justice No peace and have to fight because innocent black men and women are being killed! I know we can do better than this. Let’s stay focused !!! VOTE VOTE VOTE ✊????????…”

Following Porsha’s post, Kenya took to her Instagram Stories on Tuesday night and simply wrote, “fake: when you fight for violence against a black woman except the ones who deserved it.” 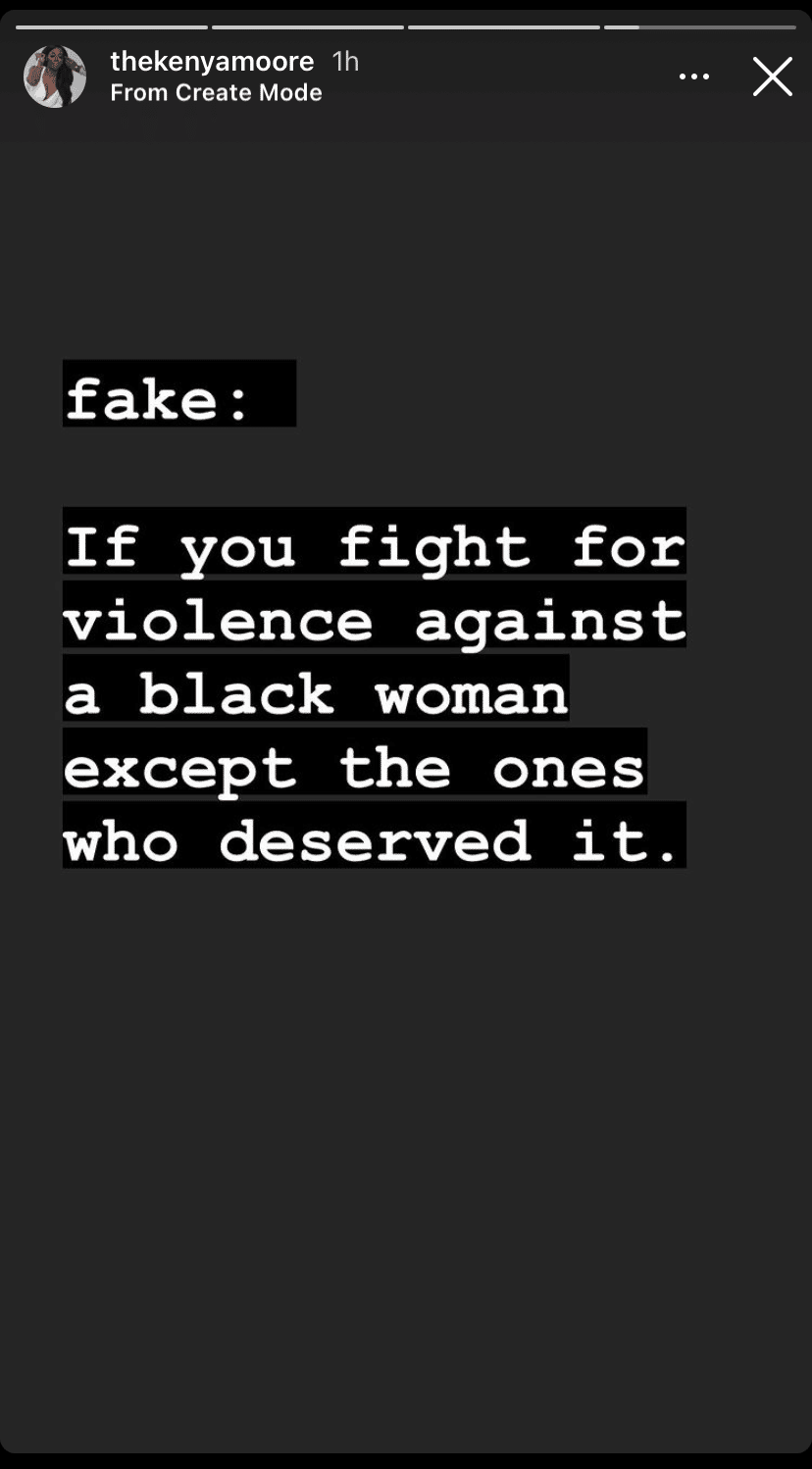 Although Kenya didn’t name names, many are suspecting her post was a call-out on Porsha’s defense of Real Housewives of Potomac star Monique Samuels after her violent altercation with Candiace Dillard-Bassett, while also fighting against violence made on black women like Breonna Taylor.

Stay tuned for next week’s episode of The Real Housewives of Atlanta to see how this is all shaping out for Kenya and Porsha.