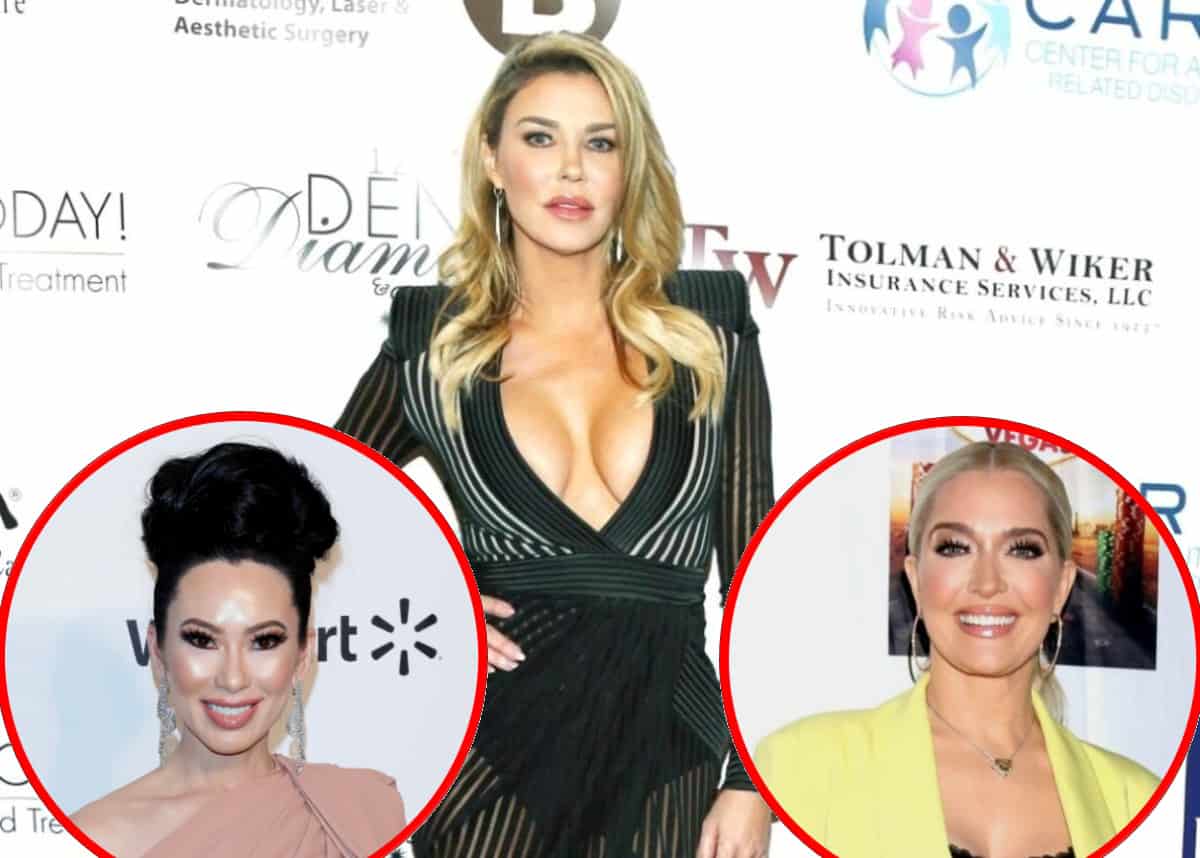 During the latest episode of her podcast, Brandi opened up about her time filming with Christine before explaining how Andy Cohen negatively impacted her love life and reacting to the ongoing drama surrounding Erika Jayne and Thomas Girardi‘s impending divorce.

“On Housewives they ask you to give the names of friends you think would make great housewives. So I gave her name and they loved her,” Brandi recalled on the January 22 episode of Unfiltered.

According to Brandi, she and Christine filmed a lunch date in Los Angeles and quickly got the attention of paparazzi. Unfortunately, it was those very photos that led Christine’s family to shoot down the idea of a role on the show.

“Her family had seen the pictures of us leaving the place and they decided, because their family is loaded, that they didn’t want her on Housewives for like, the embarrassment of the family, possibly… They wanted her and [her family] said, ‘No,’” Brandi revealed.

Brandi went on to say that she loves Christine because she’s a “little bit nuts” and “so fun,” and she noted that if she can do Bling Empire, she should also be able to appear on RHOBH.

“She’s got so much more money than probably all of them. It’s insane,” Brandi added.

While Brandi is not expected to appear on the upcoming 11th season of the Bravo series, she said she is quite grateful to Andy for the notoriety her involvement with past seasons has gotten her. That said, she also realizes that her over-the-top public persona hasn’t been a good thing for her love life.

“I was talking to someone [the other day]… and they were like, ‘If it wasn’t for Andy, you wouldn’t be where you are.’ And I said, ‘You’re totally right, I would probably be happily married to some hot guy living in a mansion,’” she joked.

As for Erika and Thomas’ split, which has gotten quite messy in recent months with claims of infidelity, Brandi said she understands what Erika is going through.

“It’s really hard to go through a divorce in the public eye. I did that once on Housewives,” she admitted. “I don’t think people get how hard it is to have all of your dirty laundry out there and then, she’s going to have to relive it in six months when it airs.”

Then, when asked if she has spoken to Erika about her breakup, Brandi confirmed she has reached out.

“I sent her a direct text one night telling her this one really hot guy was getting a divorce and she should get with him, but that was it,” Brandi explained. “I wanted to send her some support but I’m sure the last thing she needs is another person telling her what to do.”

The Real Housewives of Beverly Hills cast is expected to return to Bravo this spring for season 11.