Margaret Josephs Thinks Teresa Giudice is Moving “Too Fast” With Boyfriend Luis, Slams Her For “Seeding” Evan Cheating Rumor on RHONJ Premiere and Addresses Possible Reconciliation Between Teresa and Jackie, Dishes on Melissa and Joe’s Marriage 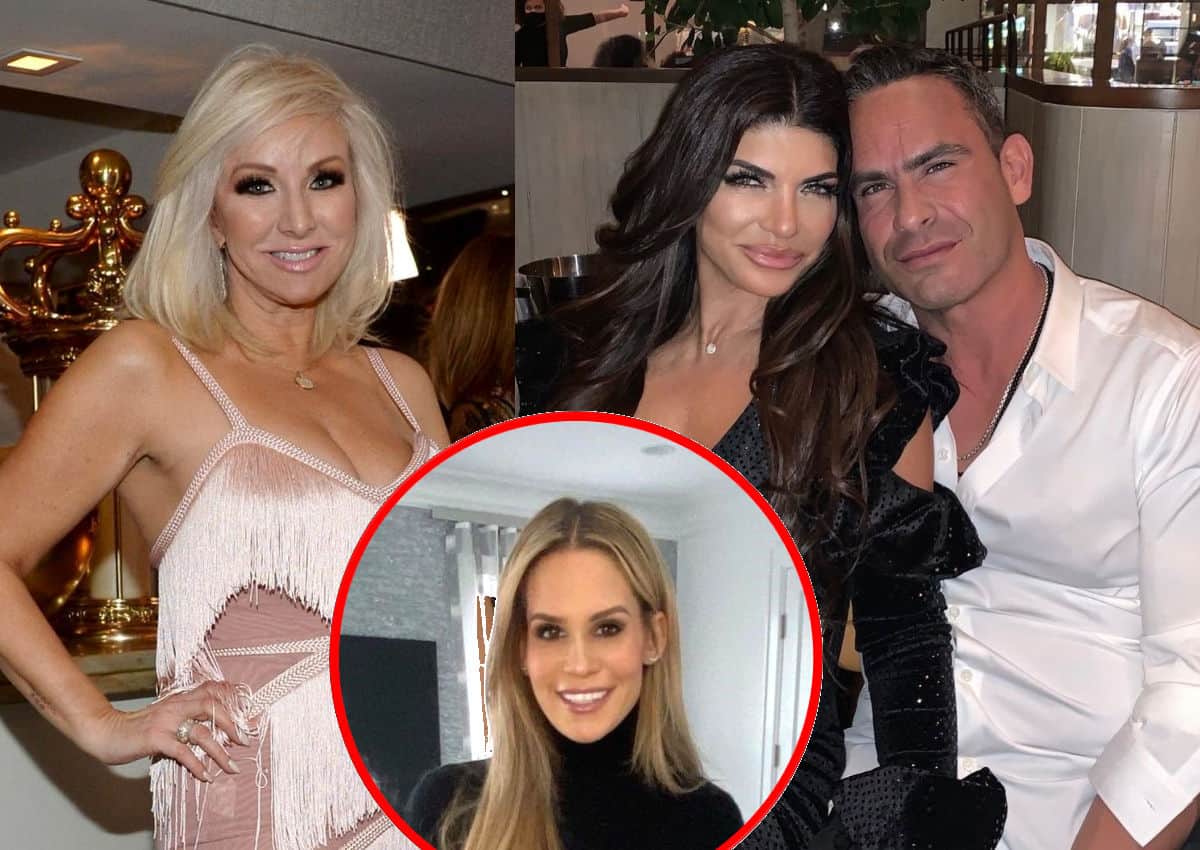 Margaret Josephs is worried that Teresa Giudice and Luis Ruelas are moving too fast.

On the heels of news confirming the Real Housewives of New Jersey cast member and her new boyfriend have purchased a $3.3 million home, Margaret shared her thoughts on the romance before reacting to Teresa’s rumor-spreading ways. She also revealed if she believes Teresa and Jackie Goldschneider will ever reconcile their friendship.

While playing a game of “Fact or Fiction” during an appearance on Access Hollywood’s Housewives Nightcap this week, Margaret said it was a “fact” that Teresa and Luis are moving “too fast.”

“Me, I’m just like a little…. She did announce, though, I saw her say to Billy Bush, [that they’ve been together] seven months,” Margaret explained.

Although Teresa and Luis have been making headlines for the past few weeks, it was all about Teresa’s feud with Jackie on the premiere episode of RHONJ season 11.

“[Teresa] dropped a nuclear bomb in my lap. I had a breakdown,” Margaret recalled of the moment Teresa claimed to have heard that Evan Goldschneider was cheating on Jackie at the gym. “I was like, ‘This is not the time or the place. I never heard such a thing. Shut it down.’ But she did not shut it down. She went around the party, seeding it all over the place.”

“I don’t like to blame things on alcohol but she was a little tipsy and her mind works in mysterious ways,” Margaret continued.

In regard to the authenticity of the allegations made against Evan, at his birthday party nonetheless, Margaret said they were baseless.

Following Teresa and Jackie’s dramatic encounter, which took place at Margaret’s home, the two women continued their drama on social media and show no signs of reconciliation. That said, according to Margaret, only “time will tell” when it comes to the ladies making up.

In addition to dealing with the fallout between Teresa and Jackie, the cast of RHONJ is expected to face a number of relationship issues throughout season 11, including the teased drama between Melissa Gorga and her husband, Joe Gorga.

“Melissa is not the same girl he married. She was a young, Italian housewife home with little kids. She’s grown into a successful businesswoman. Her kids have gotten older. She’s not the Italian housewife that’s staying home. And I think that’s hard for some men to deal with when their wives grow into something they didn’t marry,” Margaret noted of the couple’s issues.

“Their relationship obviously is going to survive it, but men, in general, have a hard time dealing with change,” she added.

As for her blowout with her husband, Joe Benigno, which was previewed in the trailer, Margaret said their verbal spat was sparked by something Joe said.

“It was very painful and I let him have it, in public, in front of everybody,” Margaret admitted. “I think everybody could not believe it. No one’s ever seen me yell at Joe like that. It’s not something I do very often. I’m not saying I’ve never lost my sh*t on him before but I really lost it on him.”

Despite the tension, Margaret said the issue she and Joe faced amid production on season 11 was nothing that chipped at their marriage.

“We can bounce back from anything. We’re one of those couples,” she explained.