Kenya Moore Calls Out “Married” RHOA Costars For Engaging in “Freak Show” and Claims Porsha Acts Fake on Camera, Reacts to Tanya Quitting After Strippergate and Says LaToya “Turned [Her] Off, Plus Live Viewing Thread 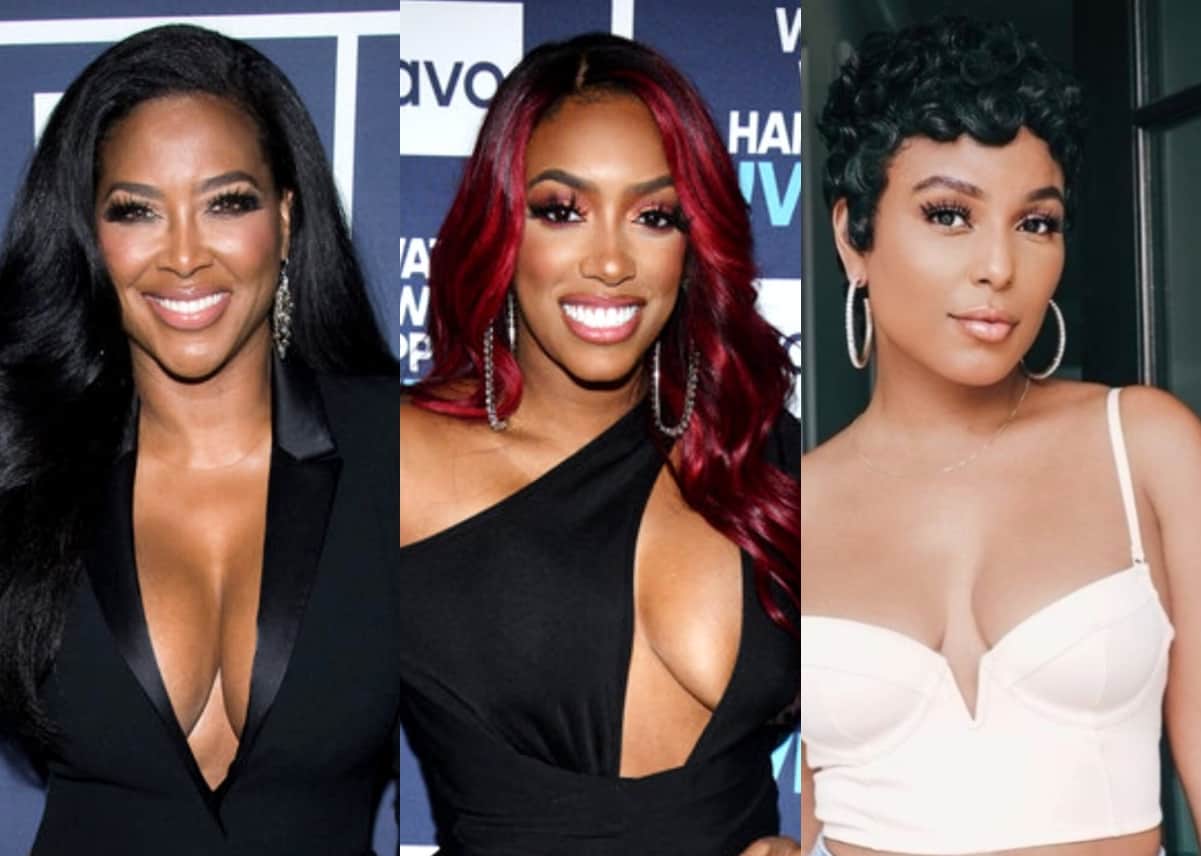 Kenya Moore claims she never broke girl code when she spoke about her cast mates’ involvement with Strippergate as cameras rolled for The Real Housewives of Atlanta.

Weeks before the women of the show were treated to a performance by a stripper named Bolo, Kenya is denying she broke code with Porsha Williams, revealing how LaToya Ali turned her off, reacting to Tanya Sam’s November 2020 exit from the show, and more.

“Porsha clearly said I’m not her friend. So there’s no girl code if I’m not your girl,” Kenya told theJasmineBRAND on March 5, noting that if it had been Cynthia Bailey or Kandi Burruss in the room with Bolo, she would have had a different reaction.

“We would’ve had conversation about it, but it would not have been on-camera… [but] my girlfriends wouldn’t engage in that kind of behavior,” she noted. “Some of those girls, and what they were doing, I would not want to be married to them because it was a real freak show and some had rings on.”

While Kenya admitted that she’s open to a future reconciliation with Porsha because “anything is possible,” she accused her cast make of acting differently when the RHOA cameras are around.

“The Porsha you see on TV is not who she actually is and that is what I have a problem with. I don’t think she is capable of being a friend to anyone,” Kenya stated.

As for her thoughts on LaToya, who accused her of ruining the cast’s fun, Kenya said she was likely upset with her because she was ashamed of her own behavior. She then insisted that she was not upset at LaToya for making out with Porsha.

In addition to launching an investigation into Strippergate, Kenya was accused of prompting Tanya to quit RHOA. However, according to Kenya, she feels no guilt about the exit.

“She exposed herself…she put herself in that room. I never said her name, so that’s one. Two, she’s grown…she has to live with her decisions. And number three, I would not want any relationship to suffer from what other people do,” Kenya explained. “You can’t blame someone else for your actions.”

Also during the interview, Kenya offered an update on her relationship with estranged husband Marc Daly, who filed and withdrew a petition for divorce last year amid production on season 13.

“We don’t have any divorce action in any court right now. He has not filed, I have not filed and that’s where we are…We’re not together right now, we’re still separated,” she confirmed. “We’ve been going through court issues like meditation and things like that.”

Real Housewives of Atlanta Live Viewing – This is also the live viewing thread for tonight’s new episode of season 13, which airs at 8/7c on Bravo at 8/7c. Feel free to share your comments in our chat below.