Home Real Housewives of Beverly Hills News Is Lisa Rinna the Next Kris Jenner? The RHOBH Star is Reportedly Ready to Cash in on Amelia Hamlin’s Relationship With Scott Disick as She’s Slammed for “Disturbing” ‘WAP’ Video

Is Lisa Rinna the Next Kris Jenner? The RHOBH Star is Reportedly Ready to Cash in on Amelia Hamlin’s Relationship With Scott Disick as She’s Slammed for “Disturbing” ‘WAP’ Video 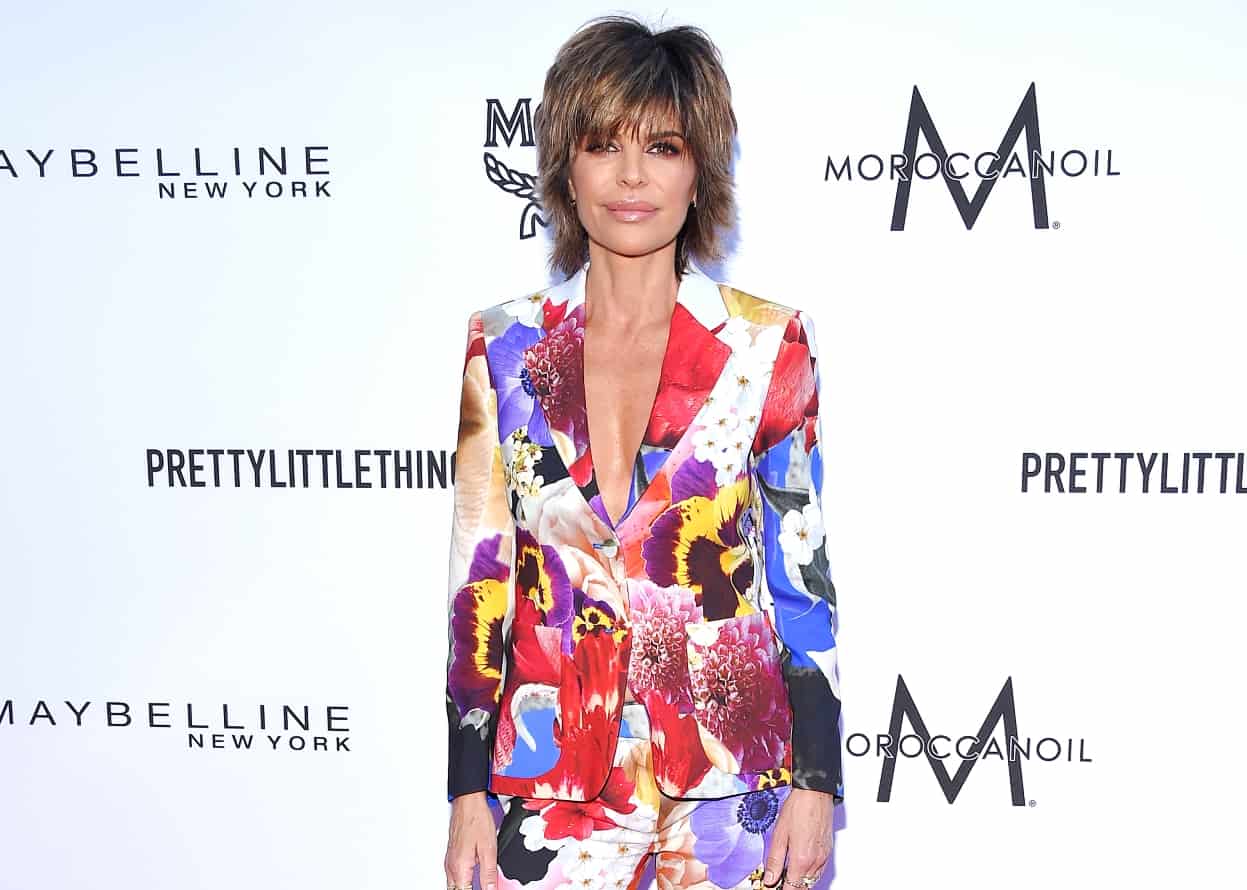 Lisa Rinna is facing some backlash after sharing her “WAP” video on Instagram, and a new report is also claiming she is hoping to become the next Kris Jenner.

As Kris and her family prepare to say “goodbye” to their long-running E! reality series, Keeping Up With the Kardashians, the Real Housewives of Beverly Hills cast member is said to be ready to cash in on her youngest daughter Amelia Gray Hamlin‘s romance with KUWTK cast member Scott Disick.

“She wants to be a momager like Kris Jenner,” an insider revealed to In Touch Weekly.

And, because Amelia has been dating Scott for several months, the RHOBH cast member believes now is the perfect time.

“Lisa thinks the timing couldn’t be better for the Hamlins to land their own reality show. She’s been pitching one for years, and now she thinks it’s within her reach,” the source shared.

Although Lisa’s rep denied the report, the insider went on to say that there isn’t much interest in the idea of a Hamlin family reality show anyway.

“The networks just aren’t interested. Everyone knows the Kardashians can’t be replaced, and while people love Lisa on RHOBH, giving her her own show might be a bit much,” the source stated. “Unfortunately, Lisa is no Kris Jenner, and Amelia and [sister] Delilah aren’t as popular as the Kardashians or Kylie and Kendall. And Lisa’s husband, Harry, would rather act. He doesn’t want to be a reality star. He was only going along for the ride because Lisa pitched them as one big wacky family.”

In other Lisa Rinna news, the soap actress turned reality star faced backlash over the weekend after sharing a video of herself dancing provocatively to Cardi B and Megan Thee Stallion’s “WAP” in a black bodysuit and no pants.

“Encore. #Grammys ‘Let me make it a little ratchet.’ -Megan Thee Stallion,” Lisa wrote in the caption of her clip.

After sharing the video, the RHOBH cast member received harsh criticism from her online audience.

“What the heck, Lisa girl I enjoy your dancing but it’s a hard pass for me on this one,” one person said.

“Normally I’m all for the weird dances. But wtf,” agreed another.

A third fan told Lisa her dance was cute until she spread her legs.

“I am a fan but this is a bit of a freak show,” said someone else.

Meanwhile, others slammed Lisa’s dancing as “disturbing” and “embarrassing.”

Keeping Up With the Kardashians‘ final season premieres on March 18, and The Real Housewives of Beverly Hills‘ new season is expected to begin airing this spring or summer.