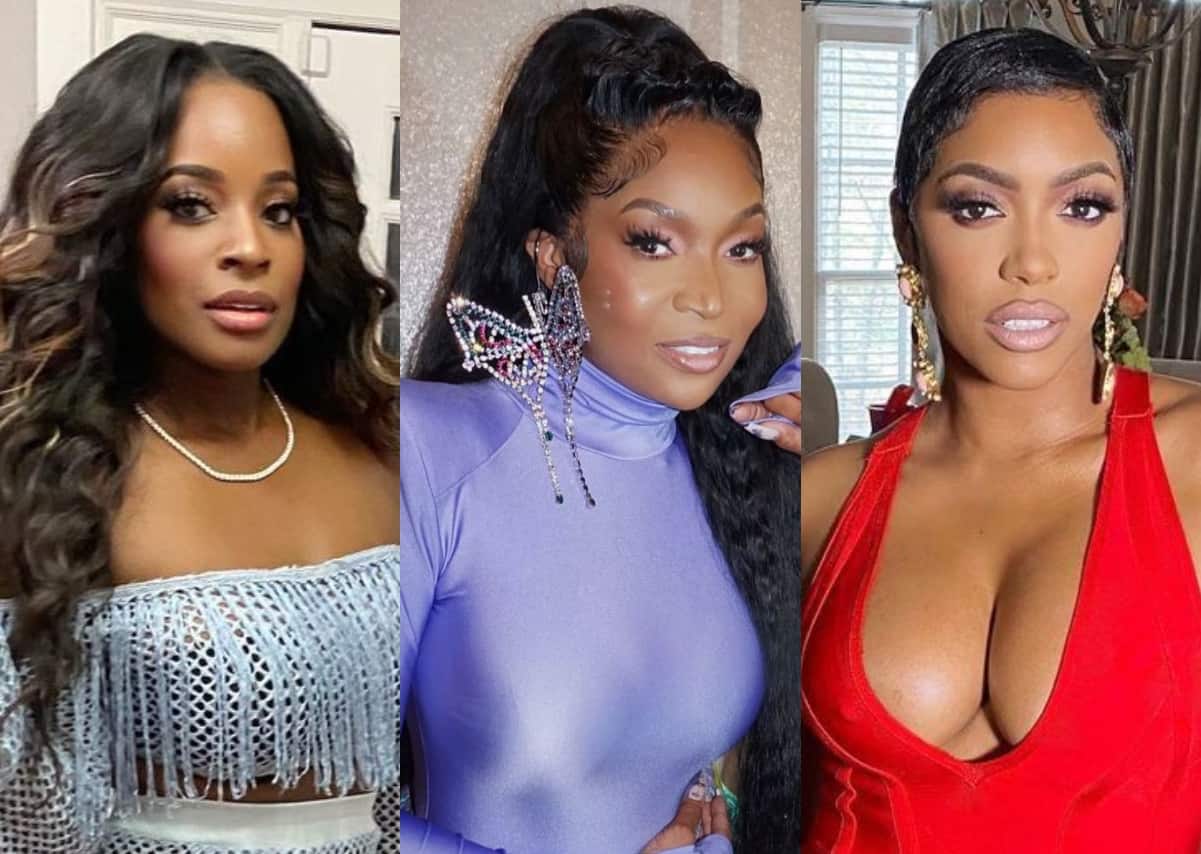 Shamea Morton claims Marlo Hampton did something despicable in New Orleans that viewers didn’t see on The Real Housewives of Atlanta.

Following the airing of their cast trip, Shamea took to Instagram, where she called Marlo out for allegedly threatening to sleep with her husband as Marlo clapped back at Porsha Williams for suggesting she is a “clout chaser” during a recent RHOA: After Show.

After a Real Housewives fanpage on Instagram shared a sneak peek of the April 11 episode of RHOA, Shamea revealed what the episodes didn’t show.

“Idgaf about dis bih and her lipo! I only called [Marlo Hampton] out bc she came for me in Nola (which was edited out) and said she was gonna f*ck my hubby,” Shamea claimed. “EVERYONE witnessed it. Otherwise I could give a damn about a lisp queen!”

During last week’s episode of the RHOA: After Show, Porsha accused Marlo of ending her feud with Kenya Moore only in an effort to take her down.

“Some people are clout chasers like that and if she thought Kenya was gonna be able to ruin my name, ruin me, bring me down, then she was going to the next most powerful thing, that’s who she thought Kenya was. Same way she rode NeNe’s coattail for years,” Porsha alleged.

In response, Marlo said she doesn’t “follow anyone” before pointing out that Porsha is a former fan.

“I’m the leader,” Marlo said during an interview with Entertainment Tonight. “I was on the show before Porsha. I have tweets where Porsha has tweeted, ‘I only watch this show because of you.’ We know Porsha admires me. She’s copied everything I do. Have you noticed she changed her whole entire face? But the only thing I want her to copy me with now is to get lipo. She needs lipo, or just stop eating so much.”

“I bring the clout. I bring it. I can’t be a clout chaser,” Marlo continued.

Also during the interview, Marlo slammed Porsha for suggesting she “could possibly be dangerous” while spotlighting her past by pointing out Porsha’s own bad behavior.

“You’re talking about my things that happened over 15, 20 years ago, but guess what? You’re ‘here for social justice,’” Marlo added.