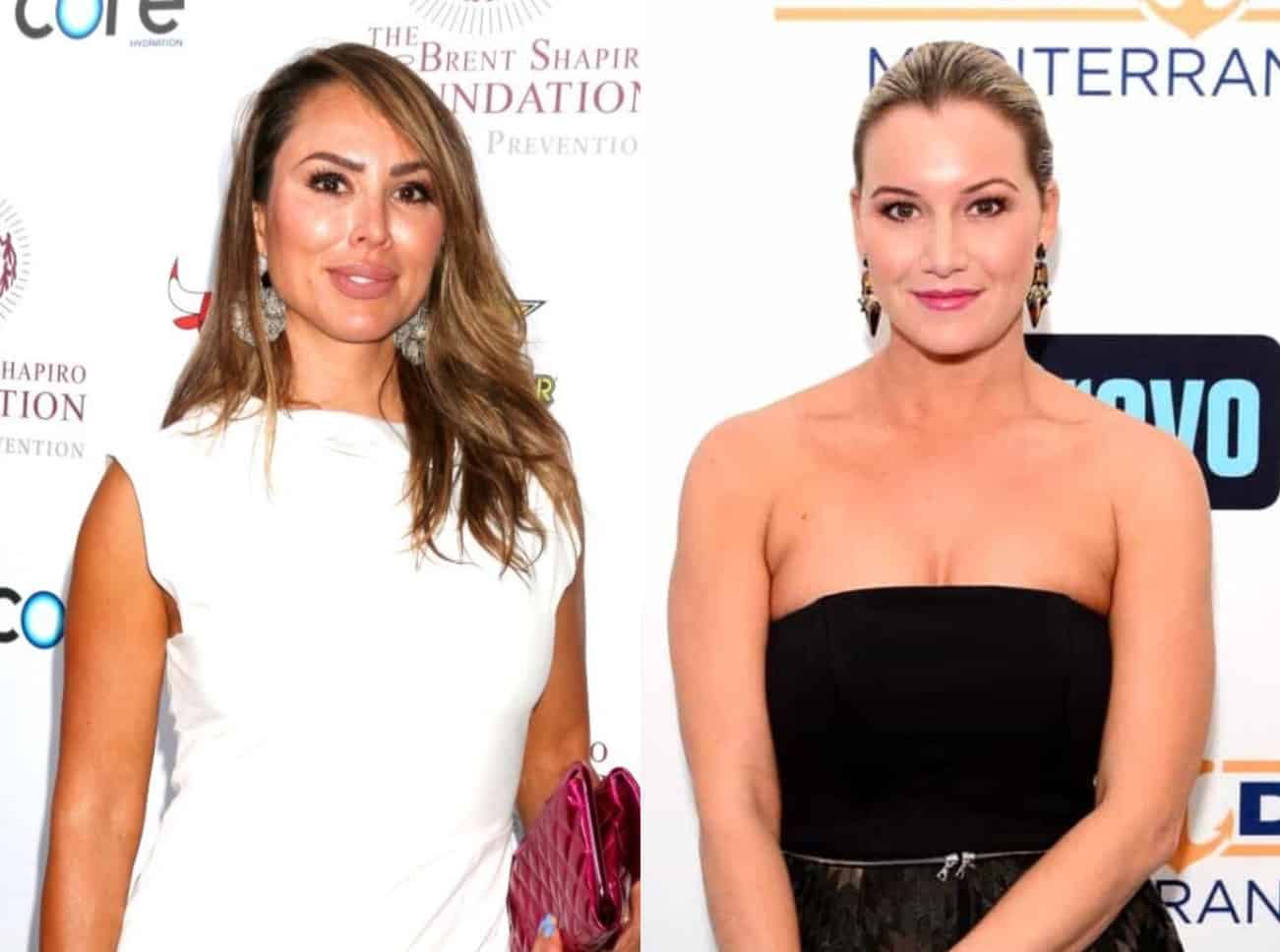 Kelly Dodd is responding to Hannah Ferrier‘s recent comments against her.

After seeing that the former Below Deck: Mediterranean cast member had called her a “f-cking moron” over her latest beef with Heather Dubrow, the Real Housewives of Orange County alum weighed in on the statement on Instagram while also suggesting she makes more selling clothes than she ever did with Bravo.

In the comments section of a post featuring Reality Blurb‘s article about Hannah’s diss, Kelly said she had no idea who Hannah was. 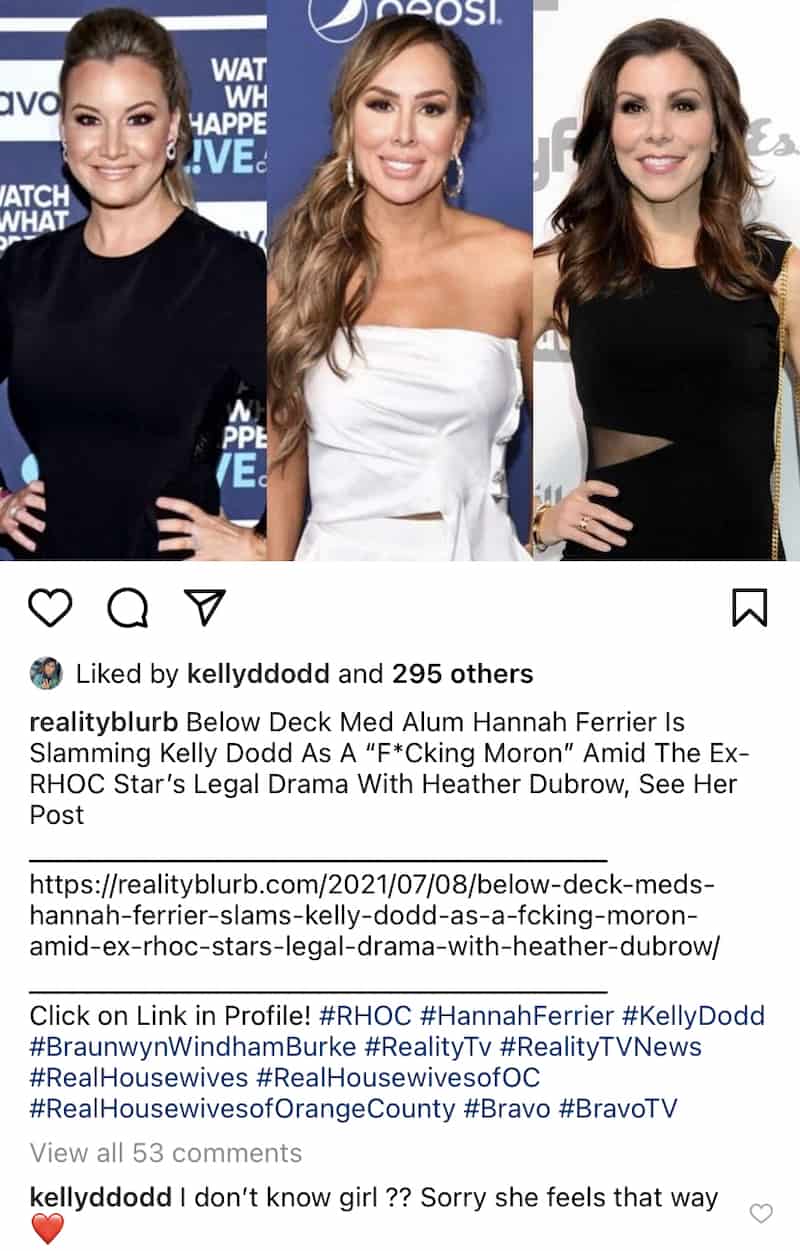 Earlier this month, after receiving a legal letter from the Dubrow family’s attorney, Kelly offered a public apology for suggesting their son gave her COVID-19 at a party she and her husband Rick Leventhal attended on New Year’s Eve.

“If you went to a NYE party with 30+ people then you gave yourself [COVID] you f*cking moron,” Hannah said after coming across Kelly’s video apology online.

Also on Instagram, after promoting NUX Activewear with a video of herself working out by her pool, the ex-RHOC star was forced to defend herself against fans who felt that she was selling clothes to financially sustain her lifestyle following her Bravo firing.

“Working hard for that [money],” one person noted.

Then, after a second suggested she had to sell clothing after being fired, Kelly claimed she actually makes more for her partnerships than she did with Bravo.

“[I’m] making more money selling clothes than I ever did on the show. Jealous much?” she asked. 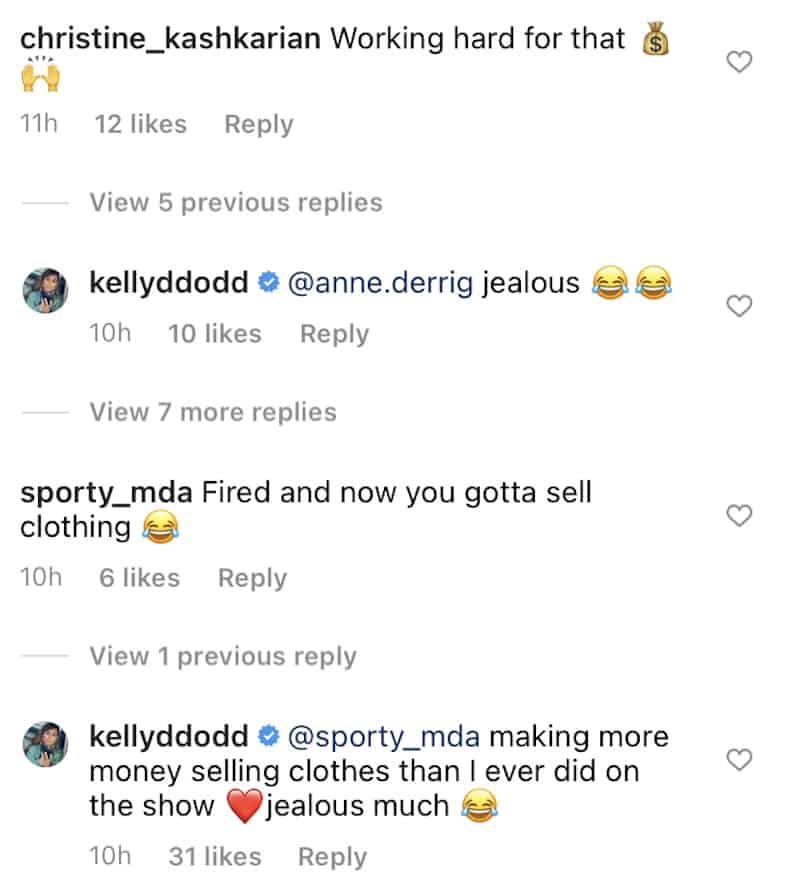