Home Real Housewives of New York City News Dorinda Medley on What She Told Tinsley After Split From Scott, the RHONY Costar She Doesn’t Speak With, Her Dating Status, and “Pause” From Show

Dorinda Medley on What She Told Tinsley After Split From Scott, the RHONY Costar She Doesn’t Speak With, Her Dating Status, and “Pause” From Show 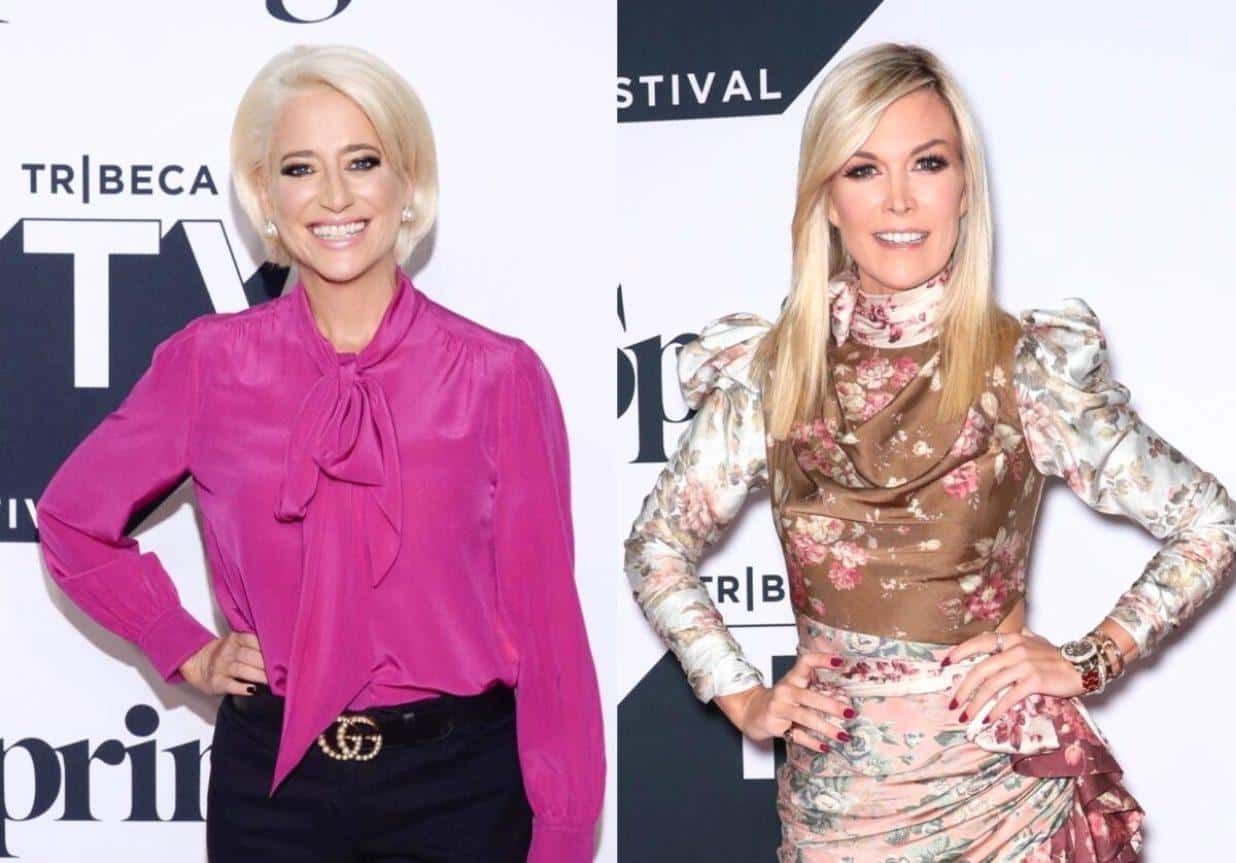 Dorinda Medley‘s reaction to Tinsley Mortimer and Scott Kluth‘s messy split may come as a surprise.

While appearing on Watch What Happens Live on Tuesday night, Dorinda shared her initial reaction to the breakup, which was confirmed in March, before confirming where she stands with Ramona Singer today and rehashing her exit from The Real Housewives of New York City with host Andy Cohen.

“I actually wrote to [Tinsley] right away and I said, ‘Listen, I’m sorry that you’re going through this,’” Dorinda shared on the August 10 episode of WWHL.

Despite their issues on the show, which included criticism of Tinsley’s romance with Scott from Dorinda and accusations of bullying from Tinsley, Dorinda said she wouldn’t want anyone to go through what Tinsley went through after leaving her life in New York City to be with Scott in Chicago.

“Whatever happens when we’re filming and stuff, at the end of the day you don’t want people to go through that,” she clarified. “I just wrote to her right away and said, ’Sorry about that.’ Because she believed in it and I think she really hoped it was going to happen.”

As RHONY fans well know, Tinsley was hoping for an engagement from Scott for months before he finally got down on one knee in November 2019, only to break things off just over a year later.

“What can I say?” Dorinda continued, cheekily. “I told you so.”

During another segment of WWHL, Dorinda was asked about which of her former castmates she keeps in touch with.

“All of them except one. Can you guess who that is?” she asked Andy.

And while Dorinda, who split from John Mahdessian in September 2019, also confirmed she is interested in dating, she said hasn’t found anyone specific quite yet.

“If you know anyone, Andy, you know a nice Jewish guy?” she asked.

Also during the episode, Andy wondered what Dorinda’s thoughts were on her “pause” from the show.

“Oh Andy, wow. What’s your perspective about putting me on pause?” she fired back.

“That’s a really good question. I mean, I don’t know. We’ve talked about it a little bit,” he noted.

While it was certainly exciting for fans to hear that her absence is seemingly only temporary, Dorinda admitted that she likely benefitted from being off the show amid its 13th season.

“Well the good thing is, what a year to be put on pause. It became a blessing because it was COVID and I don’t think I would have ever had the opportunity to write the book because it was so much more intense and writing is so horrible and terrible,” she explained.

“So thank you. How about that? Thank you, Andy Cohen,” she added.