Home Real Housewives of Beverly Hills News Kyle Richards Reveals Worst Comment From Troll, Says Sutton ‘Regretted Overreacting’ to Erika’s Legal Drama on RHOBH, and Claps Back at Claims of Being “Afraid” to Confront Her

Kyle Richards Reveals Worst Comment From Troll, Says Sutton ‘Regretted Overreacting’ to Erika’s Legal Drama on RHOBH, and Claps Back at Claims of Being “Afraid” to Confront Her 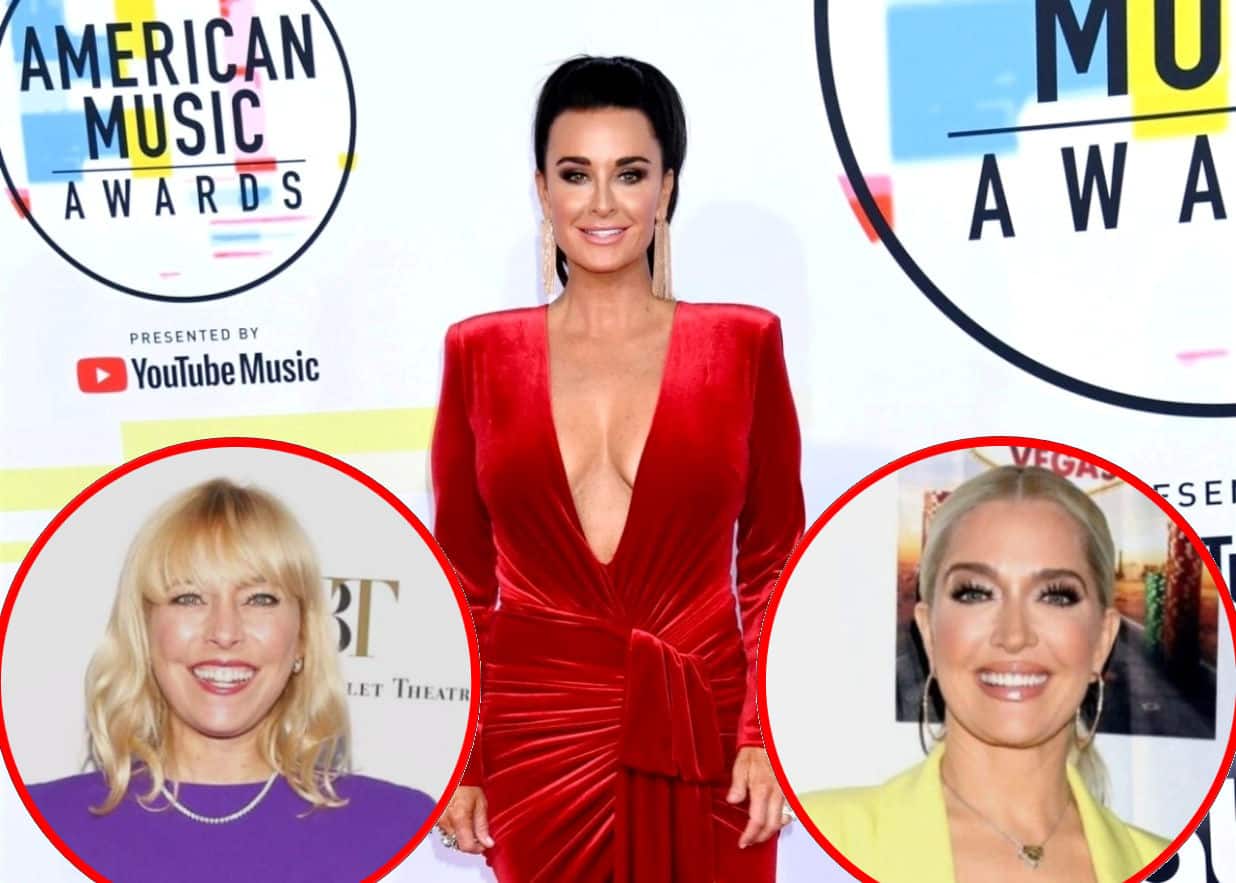 Kyle Richards has never gotten death threats, like Erika Jayne recently received, but she was once sent a disturbing message from an online troll.

While appearing on Teddi Mellencamp‘s podcast on Tuesday, the Real Housewives of Beverly Hills cast member revealed what was said before commenting on Sutton Stracke‘s overreaction to Erika’s legal drama, and its potential impact on her own life, and responding to allegations of being “afraid” to confront Erika with questions.

“I’ve had someone say, ‘I hope you and all of your daughters die of breast cancer like your mom did,’ which sent me over the edge,” Kyle shared on the August 24 episode of Teddi Tea Pod. “It was so vile, and it made me feel so sick that there are people like that. I was in tears when my husband [Mauricio Umansky] came in. I couldn’t stop crying. And he was like, ‘You can’t let that stuff affect you,’ And I’m like, ‘How can you not?’”

During the latest episode of RHOBH, the cast, led by Sutton, questioned Erika about her potential involvement with Thomas Girardi‘s crimes against his former clients, many of whom are owed millions in settlement money from the former attorney.

As fans will recall, Sutton had previously called a meeting to discuss her concerns about how her reputation could be impacted due to her association with her troubled castmate. However, according to Kyle, Sutton later admitted to overreacting.

“She ended up saying to me later, ‘Okay, maybe I overreacted. I got scared,’” Kyle confirmed. “She’s new to reality television, so I think she got nervous about legal stuff and being on cameras and this and that… Also, her bark is worse than her bite.”

As for the claims of being too afraid to confront Erika with questions about her legal drama, which also includes a number of lawsuits, Kyle said she doesn’t understand why anyone thinks a cast member would be afraid of their co-stars.

“No one is afraid of anybody,” she insisted.

According to Kyle, she believed Sutton’s concerns were “silly and crazy at the time.” And, when it came to her own questions for Erika, she simply wanted to hear her side of the story.

“I [wanted] to ask Erika questions to give her a chance to be open and share with us because she’s not an open person so it would force her to have to talk to us,” she explained.

That said, the Erika that Kyle knows isn’t capable of stealing money.

“The Erika that I know would never be a part of any of these things that Tom is being accused of,” she stated. “I think the people that are thinking that Erika has a hand in this or it is a sham or this and that are the people that have never met her or don’t know her at all.”