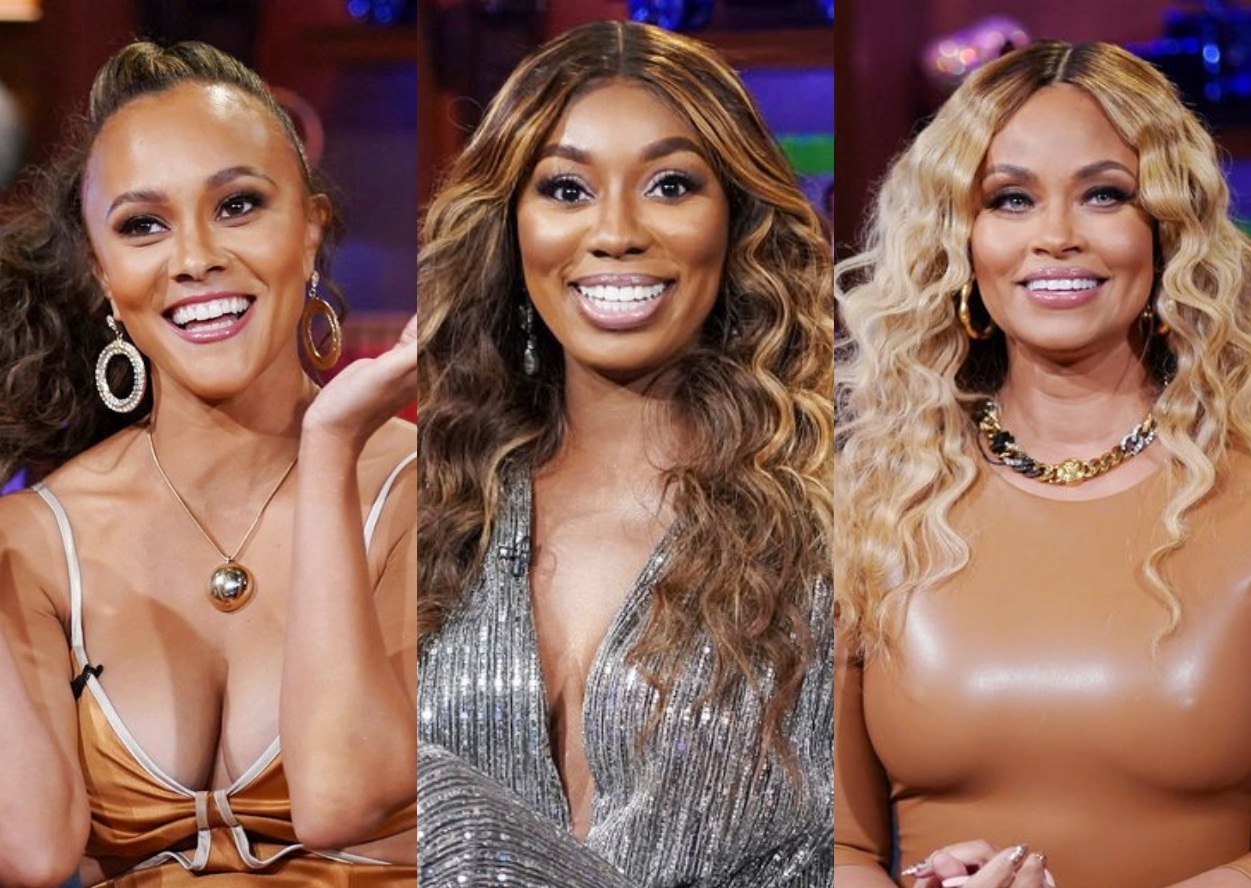 Ashely Darby is addressing her role in the drama that went down on the Real Housewives of Potomac cast trip and suggests there’s more going on with Wendy Osefo than meets the eye before discussing her confrontation with Candiace Dillard Bassett and weighing in on the salad toss fight.

Viewers watched as Ashely pulled Wendy aside to inform her about her discussion with Gizelle Bryant regarding the “Eddie Rumors” circulating online. However, the chat didn’t go how Ashley had planned as Wendy seemingly snapped, unleashing a tirade on Gizelle.

Nevertheless, in a new interview, Ashely promised she wasn’t trying to be messy this time around before calling Wendy’s behavior towards Gizelle “trollish.”

“It was all really surprising to me,” she told Entertainment Tonight on August 27. “I am not a drama starter, first of all. I just ask the questions that nobody likes, no one wants to hear.”

The mother-of-two added, “I was not coming from a messy place this time, and … I don’t even know the word. It was like, it was, yeah, trollish.”

As fans well know, both Gizelle and Ashely have speculated that Wendy’s changes to her body – and personality –  may somehow be connected to the cheating rumors surrounding her husband, Eddie Osefo. Though the professor has denied the notion, claiming her co-stars are simply body-shaming her, Ashely insists that Wendy is not the same woman as she was in her freshman season.

“She is a different person,” Ashley asserted. “Not just physically. She is carrying herself differently. Her choice of conversation and dialogue is different. Maybe if we had a better relationship with her, that would be different. But because she came into this group so strong and so firm in who she was, to all of a sudden be just so different  — and not in a bad way. No one says it’s bad, but it is different.”

Ashely went on to say that Wendy’s “overreaction” about the rumors likely means there’s more going on in Wendy’s marriage than she’s letting on.

“I think that throughout the episodes so far, we have seen that there has been — just and like with any couple especially during this pandemic — there’s just been some rockiness between Eddie and Wendy,” Ashely continued. “For us to come to that conclusion, I don’t think is too far-fetched, considering that there are things that I actually didn’t know until I watched the show [that] were happening between Eddie and Wendy. So I really don’t think that it was too much of a shot in the dark myself.”

As for Karen Huger‘s recent suggestion that Gizelle used Ashely to do her dirty work with Wendy, Ashely shut that idea down.

Ashely also discussed the argument she had with Candiace on the August 22 episode. If fans recall, following Wendy’s heated exchange with Gizelle, Candiace followed Ashley into the kitchen and accused her of stirring up the drama. As a result, the pair engaged in their own quick confrontation with Candiace telling Ashley not to bring up online gossip, while Ashley insinuated that Candiace was the original culprit behind the “Eddie Rumors.”

“I feel like she has done Instagram Lives, and she has done other things on social media that have lent themselves to stories being fabricated or just blown out of proportion,” Ashley said of her remark to Candiace. “So I don’t necessarily think she’s a leak as in, she’s feeding blogs. I think that some of her actions and the things that she does creates more narratives than… she creates more narratives than she wants to take credit for.”

Speaking of Candiace, Ashely weighed in on the salad toss fight between the “Drive Back” singer and newbie Mia Thornton, which fans have likely seen in the season six trailer. Ashely teased the wild moment, revealing there were more than just damaged vegetables left on the floor.

“I mean, everything is going so smoothly… and then here’s Wendy slurring her words, she’s tipsy. What’s his name? [Mia’s husband] G is tipsy. Everybody’s tipsy. And then all of a sudden, I don’t know what happened, it was like a bomb went off, and literally salad is being hurled through the air,” she revealed “And then not just salads, something breaks, some dish or something. I mean, flying dishes, flying salad, it was just nuts.”