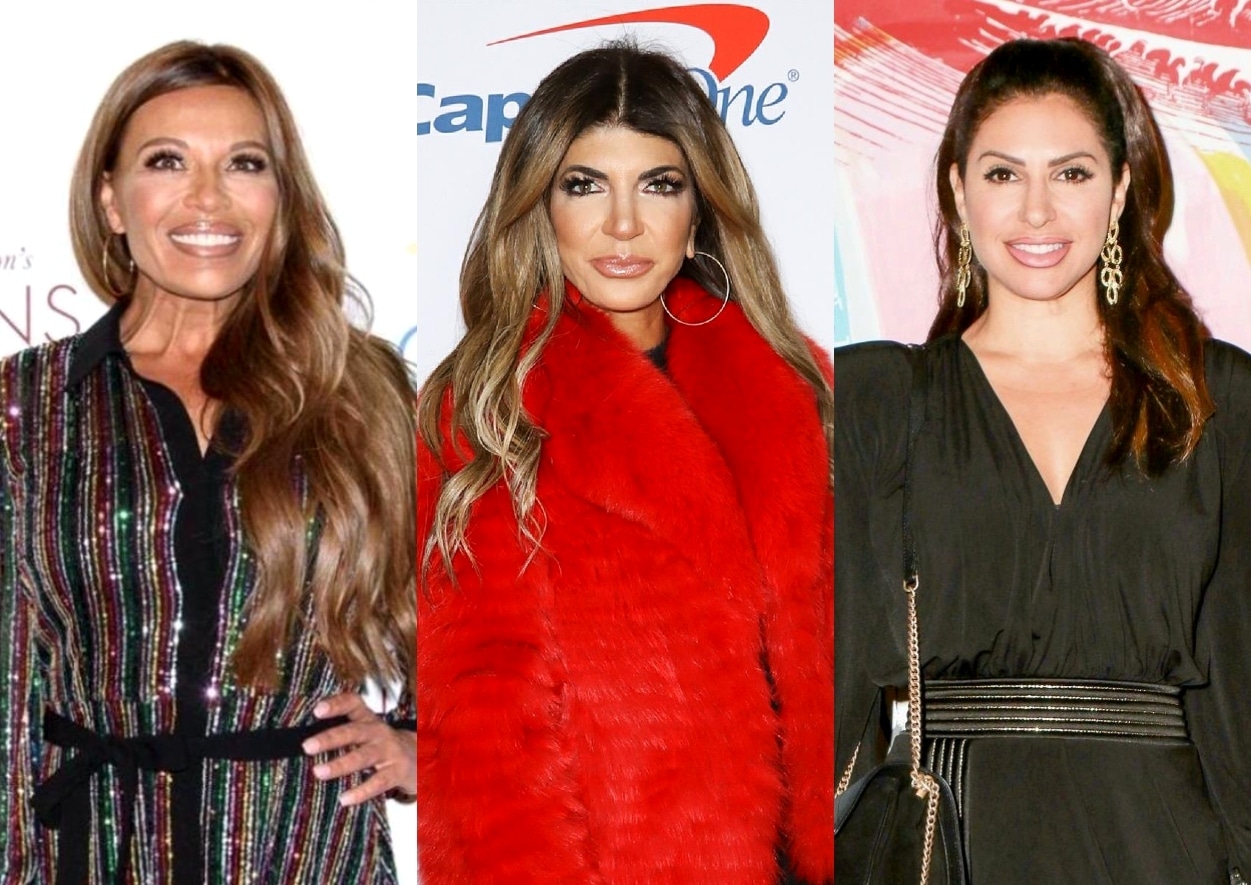 Dolores Catania and Jennifer Aydin attended an event earlier this week where they teased the upcoming episodes of The Real Housewives of New Jersey season 12.

After wrapping filming earlier this month, Dolores spoke of a meltdown Teresa Giudice suffered during filming while Jennifer described the season as “very, very bad” before getting questioned about the potential rekindling of friendships with her castmates.

“We just got done filming,” Dolores confirmed to The Knockturnal via RHONJ Obsessed on Instagram.

When Dolores was then asked for some teasers, she said that each cast member has a moment.

“We all have our [moments]. Every single person has a moment. I have a moment with somebody. [Jennifer] has a moment. [And] Teresa has an epic moment,” Dolores shared.

According to Dolores, Teresa’s season 12 meltdown puts her season one table flip to shame.

“That takes the table flip… I would consider that, like Pre-K grade,” Dolores explained.

Amid her interview with the outlet, Dolores turned to Jen and asked her castmate, who was posing for photos with fans, “Jen, how bad was this season? Crazy?”

In turn, Jennifer said the filming of the new episodes was “very, very bad.”

“It’s a very real season for everybody involved,” Jennifer continued.

Throughout production, fans frequently took notice of the fact that Jennifer was missing from a number of group events. And, when asked about her estrangements from certain cast members, Jennifer confirmed there was “some un-kindling” that took place.

“Un-kindling and then rekindling and then just, yeah, it’s a lot,” Jennifer said. “It’s going to be a hard season for me, but at the end of the day everything works out and we had a great season.”

As for the premiere date of the new episodes, Jennifer said she wasn’t sure when season 12 will begin airing.

“At this point, it’s whenever they can get it to air,” she shared.

Earlier this month, Melissa Gorga spoke of “twists and turns” on the new season.

“There’s some new people, some new faces, which is really exciting for us. I think this season tops the other one,” she added.