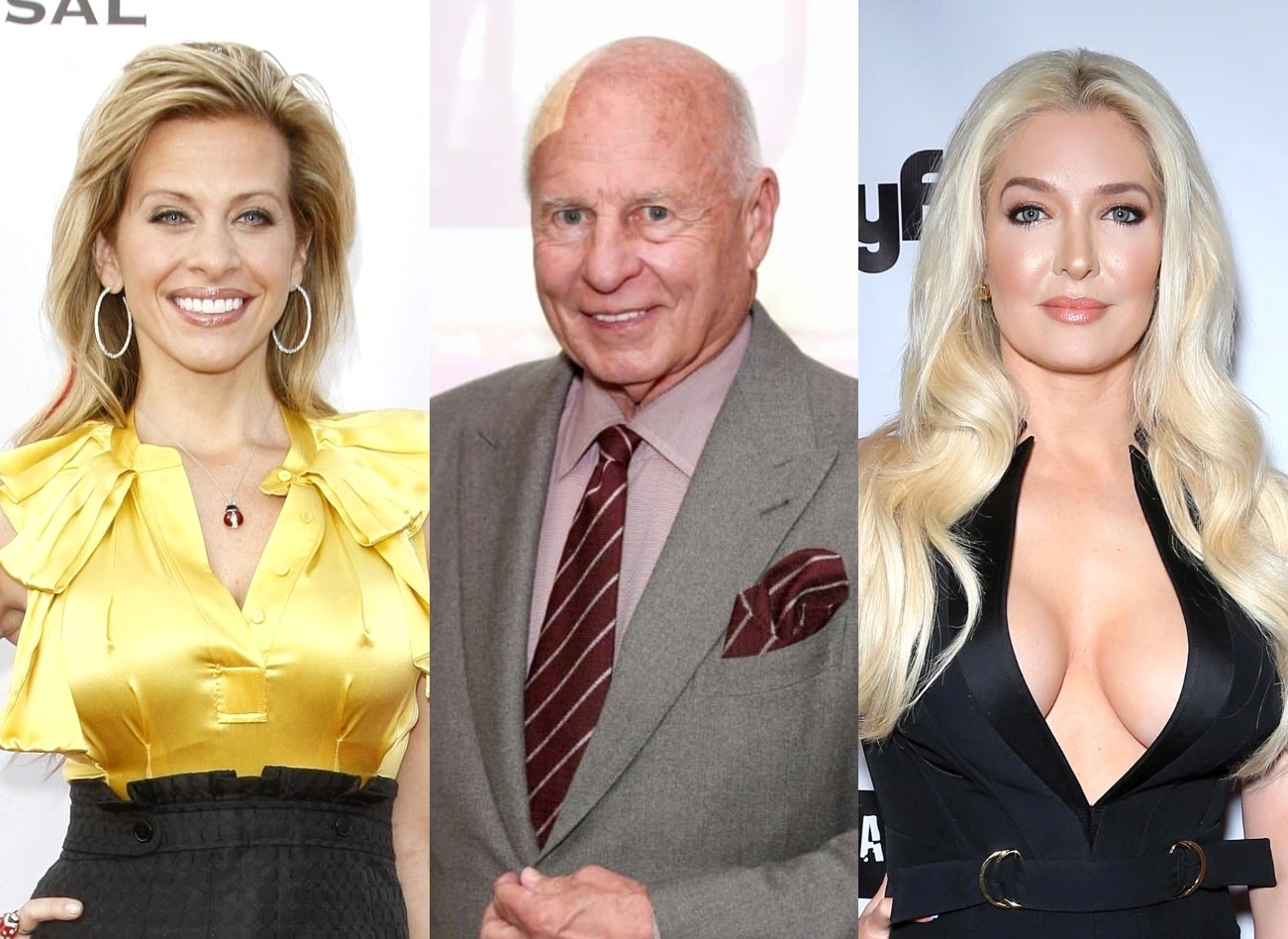 As the drama plays out on The Real Housewives of Beverly Hills, Dina took to her Instagram Story, where she reacted to a video shared online of Thomas being questioned about what Erika knew of the many crimes he is accused of committing against his former clients.

“Not excusing what he has done at all but this man clearly has dementia,” the Real Housewives of New Jersey alum wrote, according to a screenshot shared by All About the Real Housewives on Instagram on September 29. “Unfortunately I know that blank distant look in his eyes. In the beginning stages you can still seem ‘normal’ (as in how you always were) at times.”

In a screenshot shared with Dina’s post, Thomas, who was diagnosed with dementia in February, was seen looking dazed as a cameraman asked him, “Did Erika know anything?” And, while he said he thinks “she does,” he did not appear to be completely aware of what some believed he was revealing.

After sharing her first post about Thomas, the former RHONJ cast member returned to her Story, where she clarified that she did not believe Thomas or Erika should be let off the hook when it comes to the embezzlement allegations pending against them.

“And yes I think THEY should sell every last thing to pay those poor people back. Not that anyone is asking my opinion. I just didn’t want the last post to suggest that I think they should let them off the hook. I was just triggered by that look in his eyes,” she explained. 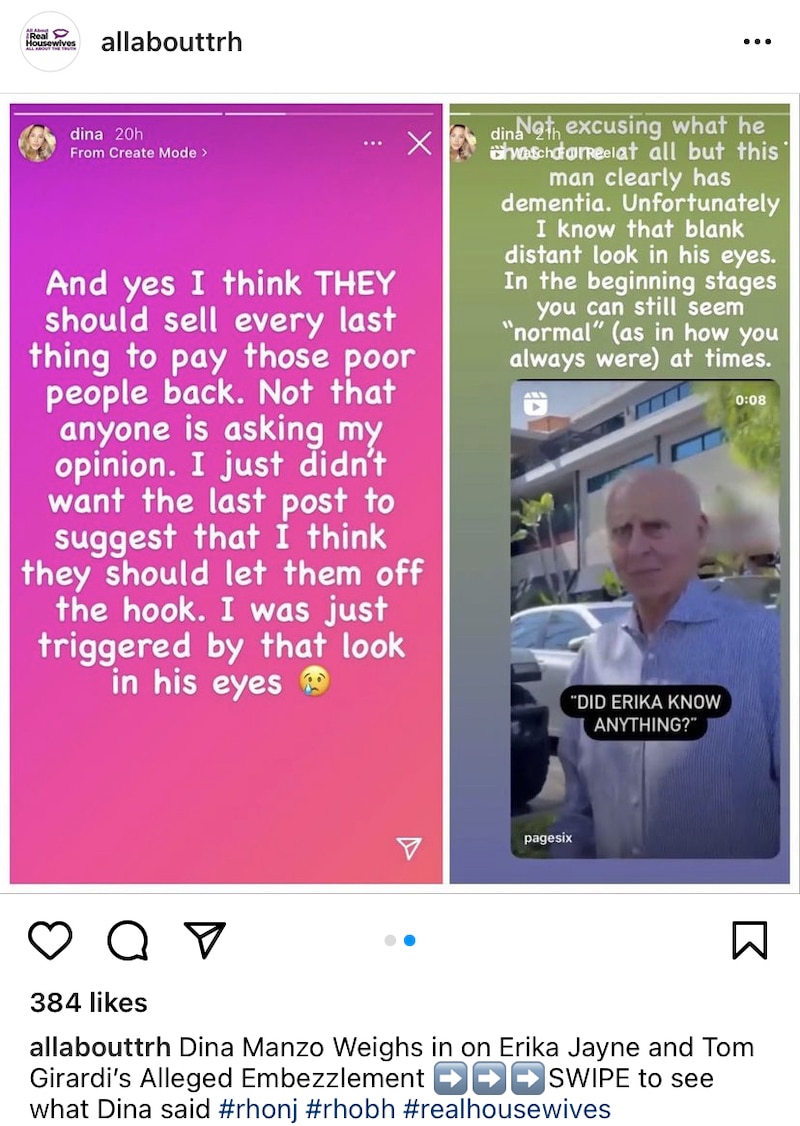 Although some believed that Thomas implicated Erika with his comments to the cameraman earlier this month, an attorney has since confirmed that due to his dementia diagnosis, the comments will not be of any impact to the $25 million lawsuit Erika is facing.

As RHOBH fans may have heard, the trustee presiding over the bankruptcy proceedings against Thomas’ law firm, Girardi Keese, sued Erika months ago, claiming she sustained her luxurious lifestyle with fraudulent transfers from the firm as Thomas’ clients, who were due millions in settlement funds, remained unpaid.