Home Real Housewives of Beverly Hills News PK and Dorit Kemsley React to Erika Being “Displeased” With Scene on RHOBH, Dorit Reflects on Shading Garcelle as a “Bully” and Teases “Challenging” Reunion

PK and Dorit Kemsley React to Erika Being “Displeased” With Scene on RHOBH, Dorit Reflects on Shading Garcelle as a “Bully” and Teases “Challenging” Reunion 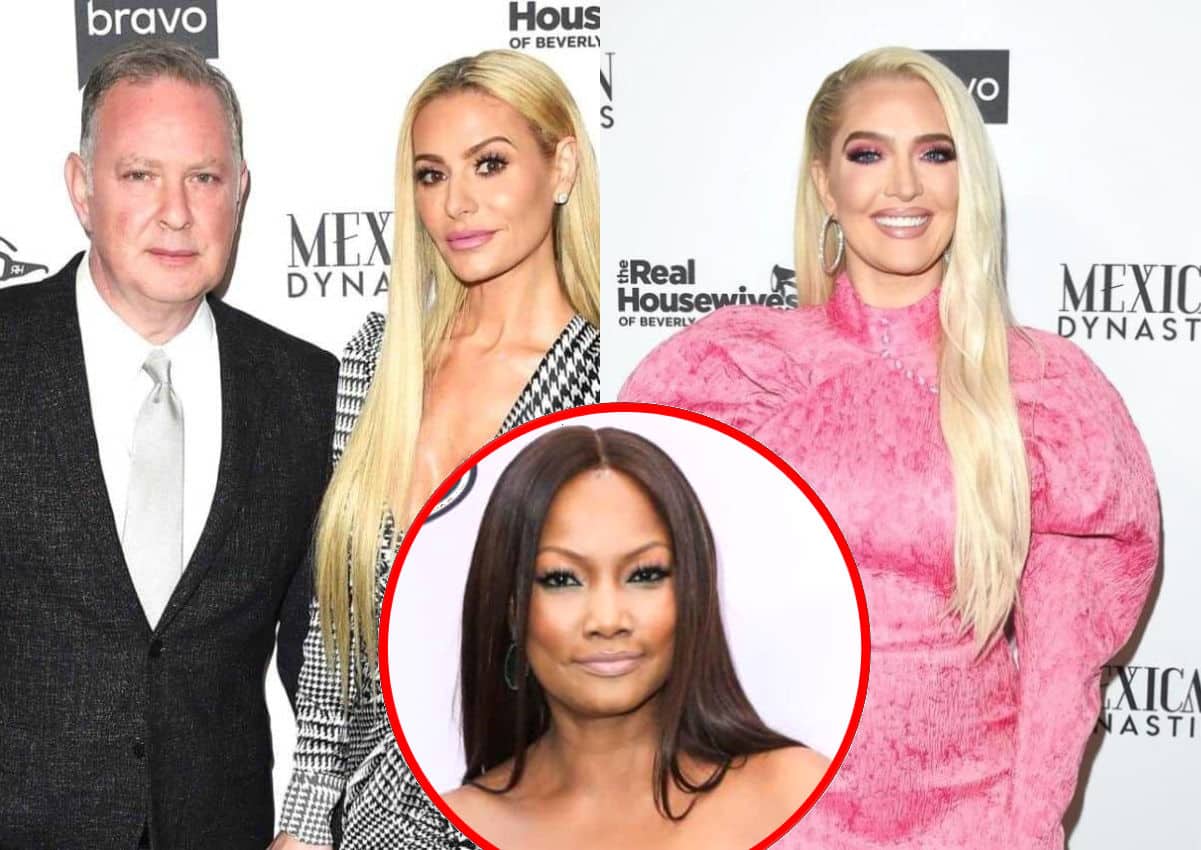 Dorit Kemsley responded to Erika Jayne‘s reaction to a conversation she had with her husband, Paul “PK” Kemsley, Kyle Richards, and Mauricio Umansky on The Real Housewives of Beverly Hills during Wednesday’s episode of Watch What Happens Live.

After the group was seen laughing about a bizarre story Erika told about her estranged husband, Thomas Girardi, confronting a robber and being hospitalized as her son, Tommy Zizzo, rolled his car in the snow, Dorit revealed if she was laughing about “how ridiculous” the story was or because she was “uncomfortable” with how the chat was playing out.

“Probably a little bit of both,” Dorit admitted on the October 6 episode. “But I think it was more, in an effort to recount the story, I kept sounding ridiculous and then it was getting twisted and then of course, my husband’s so funny. So we both start laughing.”

When host Andy Cohen then asked PK, who was seated in the front row of the audience, if he felt bad that Erika was upset, he replied, “No, because she’s been displeased with me before.”

Throughout RHOBH season 11, Erika faced a number of questions from her castmates in regard to what she knew about Thomas’ alleged crimes against clients, many of which came from Sutton Stracke.

“I don’t think she took it too far,” Sutton’s friend, Jennifer Tilly, who was also a guest on WWHL, admitted of Sutton’s inquiries. “I think she was asking questions she wanted to know the answer to and she was very brave, I thought.”

Although Sutton believed Erika was being dishonest, at least at times, Dorit didn’t agree and told Andy, “I think Erika was honest.”

During another segment of WWHL, Dorit spoke of the upcoming reunion, and she applauded Erika for attending and answering the “tough questions” she was faced with.

As for her bully claim against Garcelle Beauvais, Dorit reacted to a caller who seemed to think she had double standards after she failed to give Erika the same label for her treatment of Sutton.

“I didn’t agree with Erika being as aggressive as she was with Sutton and I think I even said it to her that night. As far as calling Garcelle a bully, I used the wrong word and I acknowledged this at the reunion,” Dorit revealed. “I really wish I hadn’t [said it] because I think everything I said after that was lost. And I apologized to Garcelle for it.”

Also on the show, Jennifer looked back at the many phone calls she received from Sutton as she feuded with Crystal Kung-Minkoff in Lake Tahoe.

“I was getting phone calls from Lake Tahoe,” Jennifer recalled. “She was like, ‘[Crying].’ I’m like, ‘Calm down Sutton. What’s going on?’ I think part of the problem was you’ve got all these people that don’t know each other and they’re in a very tight area. In the beginning, I was like, ‘Oh that Crystal! Oh my gosh, how dare she go after my friend,’ and then I met her at a party and I was like, ‘She’s really nice. She’s so cute.’”