Home Real Housewives of Potomac News RHOP: Candiace Dillard Says Mia Needs “Therapy” and Blames Her For Wanting to Keep Feud Going as Karen Says Candiace Should Be Glad a Salad is All Mia Threw After Mom Diss

RHOP: Candiace Dillard Says Mia Needs “Therapy” and Blames Her For Wanting to Keep Feud Going as Karen Says Candiace Should Be Glad a Salad is All Mia Threw After Mom Diss 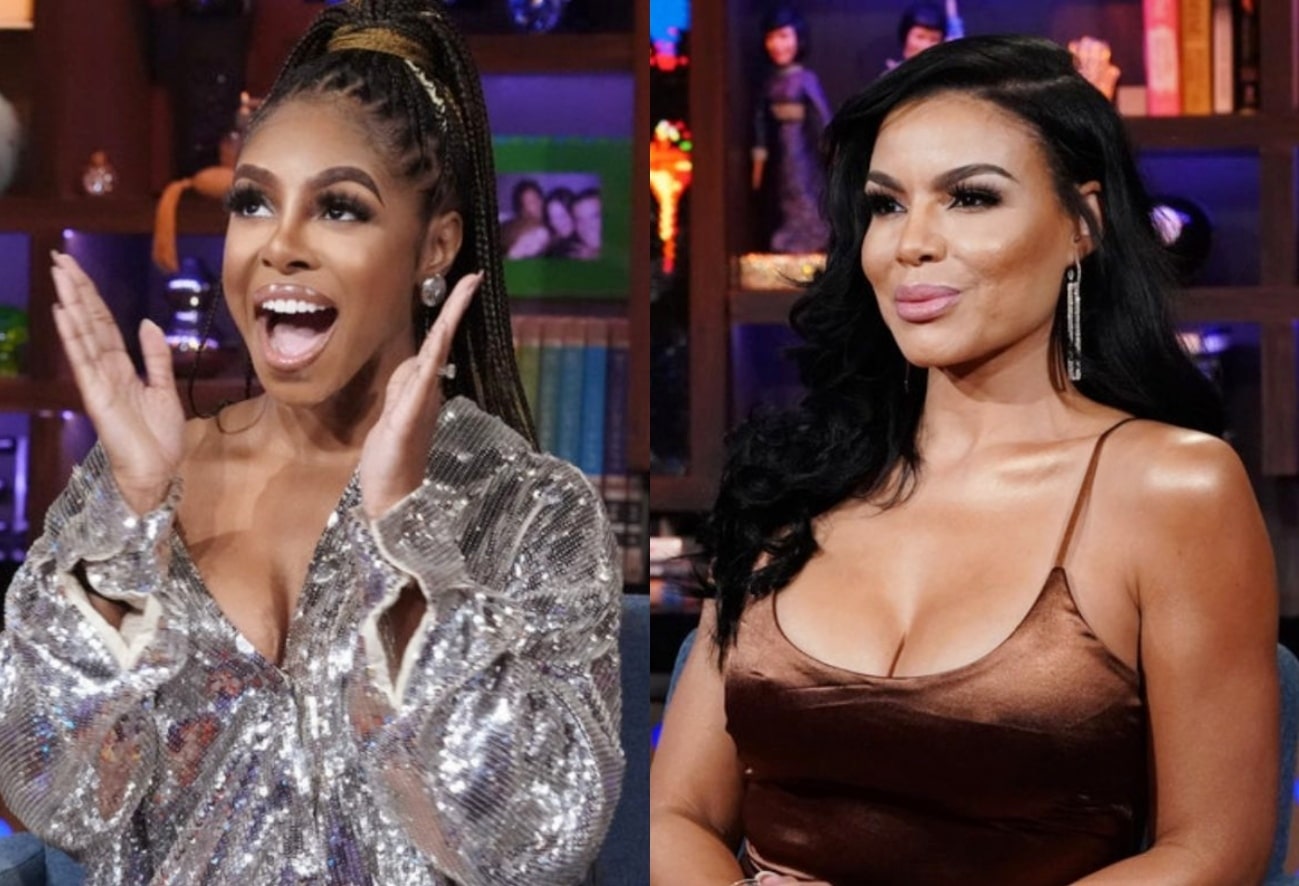 Candiace Dillard believes insecurities are at the root of her issues with Mia Thornton.

Following their salad fight on Sunday’s episode of The Real Housewives of Potomac, Candiace slammed Mia for projecting a narrative of intimidation, claiming that when it comes to the series’ newest cast member’s supposed businesses, her name isn’t on any of her stuff.

“Mia comes in and, you know, I’m irritated but I’m still willing to converse about it and maybe put it to bed,” Candiace recalled on the October 3 episode of the RHOP: After Show. “But it was clear that Mia, she had other plans. She woke up and chose chaos that morning and wanted to have beef with me.”

According to Candiace, she’s sick and tired of Mia targeting people’s businesses on the show, especially considering the alleged state of her own.

As Candiace noted, none of the other women came into the RHOP cast accusing others of being intimidated by them because they are all secure in who they are.

“The fact that Mia has come into this space and is projecting this narrative of intimidation… B-tch, bye. Go back to the strip club. Maybe they’ll empower you in there. Because we’re not doing that,” Candiace stated. “I don’t have room to empower somebody that is steady putting this idea that we all want to be you, we’re all intimidated by you onto us. That’s all your stuff, girl, and you need to go and resolve in therapy on somebody’s couch.”

Also on the RHOP: After Show, Karen looked back on the moment in which she walked in on Candiace and Mia going head-to-head during their vacation in the Eastern Shore.

“It was too far left and for me, I do believe Candiace said something about [Mia’s] mom again and for me, I knew it was a done deal, that something was going to pop off. My hope was that it didn’t get physical and thank God it did not,” she said.

While Karen tried to advise Candiace to get to know Mia’s mom’s situation before speaking on it, that didn’t happen. Luckily, as Karen noted, Mia is a “grown woman” and didn’t take things to the next level.

Meanwhile, in another rant against Mia, Candiace said that the “big b-tch” had been coming for everyone in their group and added that she was “not sorry” for how she reacted.

“I’m not sorry I responded the way I did because Mia wanted smoke,” she explained.