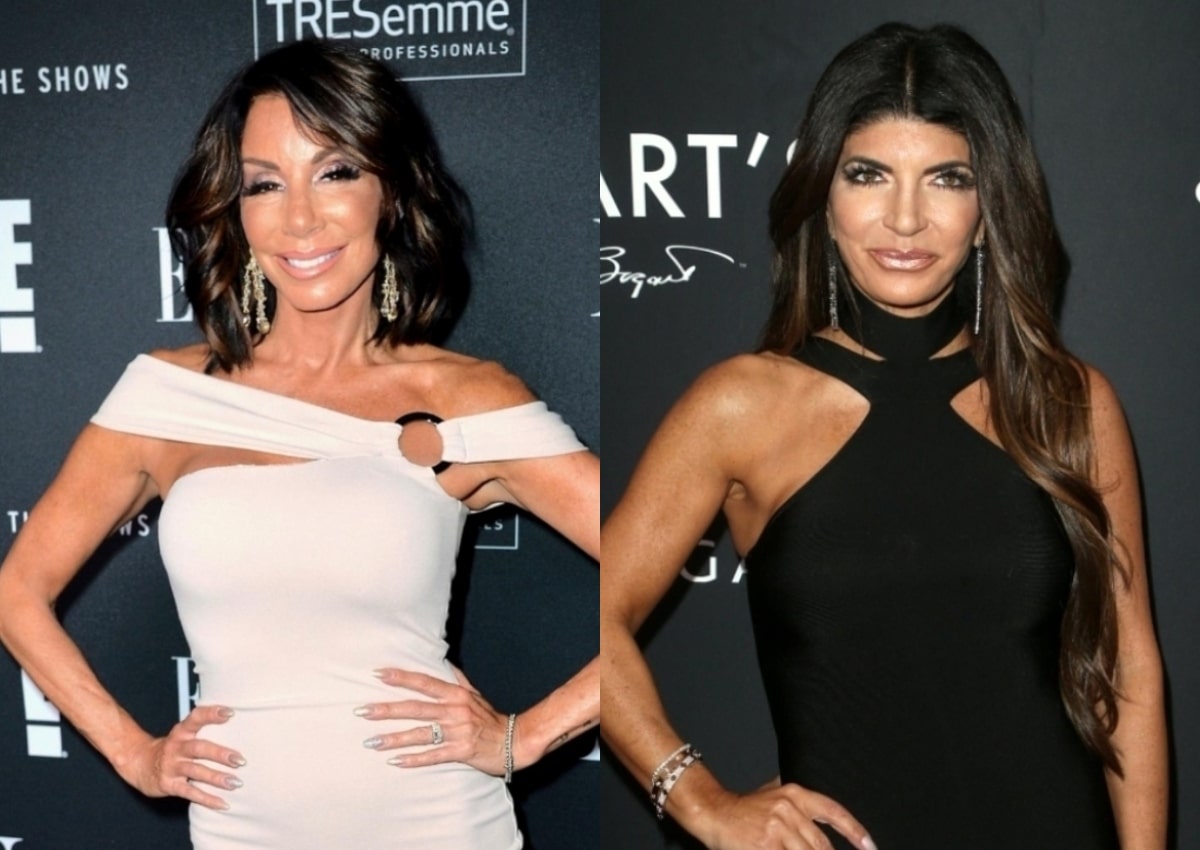 Danielle Staub claims she was “stabbed” by Teresa Giudice during a Real Housewives of New Jersey season two altercation.

In Not All Diamonds and Rosé: The Inside Story of the Real Housewives From the People Who Lived It, a new book written by reporter Dave Quinn, Danielle looked back on the incident, which also featured a dispute with Jacqueline Laurita‘s daughter, Ashlee Holmes.

After Teresa slammed Danielle as a “b-tch” during a fashion show event at Kim DePaola’s boutique, Posche, where Danielle targeted Ashlee, things became extremely tense between them.

“I am a button pusher when I’m pushed. So Teresa said a few more things to me, and I said, ‘Honey take a seat, your house is in foreclosure.’ I didn’t know they’d start physically coming at me after that!” Danielle recalled.

According to Danielle, Teresa took a fork to her back.

“I had a fork stabbed and dragged down my back!” she exclaimed. “So I started running. One of the security guys was holding on to my arm. I remember saying, ‘Let go of me-you’re holding me back.’ This was like Jerry Springer on steroids. Like, these women were dangerous.”

“I got chased through the country club and ended up hiding behind shrubs. I was triggered all over the place and in fear. I wanted to go home. I was very disoriented because it came as a shock to me that I was allowed to be treated this way,” she continued.

In addition to allegedly being attacked by the fork-wielding Teresa, Danielle was the victim of a hair pull from Ashlee. However, as RHONJ producer Carlos King explained, Danielle’s recollection of the event wasn’t exactly honest.

“In Danielle’s confessional, she pulled out this chunk of hair. It was like, ‘Danielle, if this much hair was pulled from your scalp, I would see a bald spot.’ It was so ridiculous,” he shared. “I was banned from Danielle’s house at that point, but watching it back, I was like, ‘Okay, girl. You got that hair from a Party City wig.'”

Jacqueline also spoke out in the book, saying that while it was “not okay” for Ashlee to pull Danielle’s hair, she felt Danielle “absolutely over-exaggerated how bad it actually was.”

“I see where [Ashlee’s] anger was coming from… Ashlee was told by someone there (a producer, maybe?) that Danielle had hit me, so Ashlee was reacting to hearing Danielle hit her mother. Some people may have done worse in that situation,” she pointed out.

Danielle was featured in a full-time role on The Real Housewives of New Jersey for its first two seasons and returned to the show in a “friend” role for seasons eight through 10.