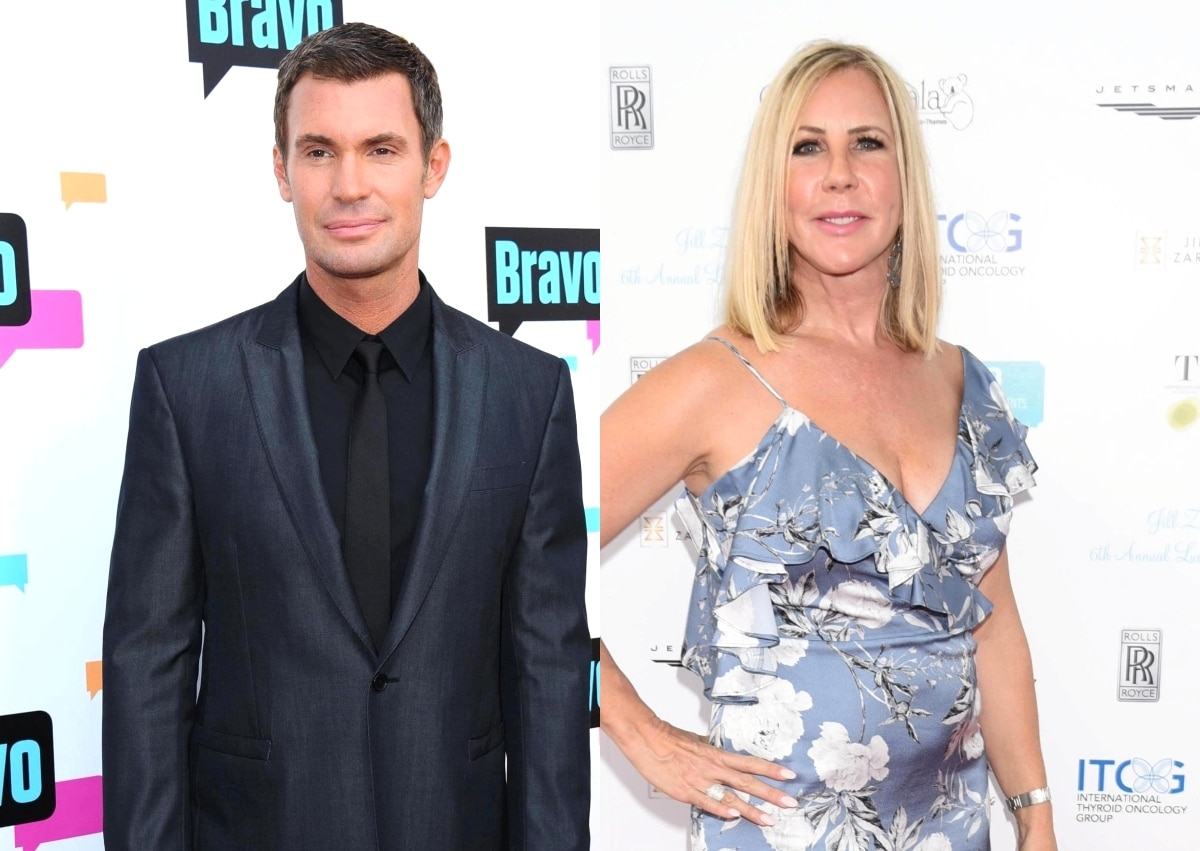 Jeff Lewis and Vicki Gunvalson have ended their feud.

Following a four-year estrangement, the Flipping Out alum welcomed the former Real Housewives of Orange County cast member to his radio show, where the pair offered apologies to one another and vowed to turn over a new leaf in their relationship moving forward.

“I hate that we have not been talking for four years. We had a really, really nice relationship. I f-cked it up. I fired the first missile,” Jeff explained on the November 17 episode of Jeff Lewis Live. “I did call you out to get fired, suspended, whatever. I did it. It was wrong. And I actually deeply regret it. I f-cked with your business and your livelihood, which is my number one no-no and I was wrong.”

Jeff then called out Vicki for her “lack of accountability and responsibility” and said she sat idly as one of her fans “came after [him] repeatedly.” But according to Vicki, she was unaware of what the fan was doing to Jeff and thought he was simply defending her against those who were coming after her.

“But you have a relationship with him where you could say to him, ‘Look, this is uncalled for,'” Jeff noted.

As the episode continued, Jeff pointed out that while Vicki is currently “raw” and “emotional” about her split from Steve Lodge, she wasn’t at all compassionate toward him when he and ex-boyfriend Gage Edward split after a 10-year relationship.

“I think within two weeks after my breakup of 10 years was when you sent out that nasty tweet. So that is something you need to apologize for,” Jeff stated.

“I am sorry. Seriously, I’m sorry because I know how hard it is to be broken up with. When the relationship ends, it is a low blow and I’m sorry,” Vicki replied. “I should have called you afterwards or taken it back. [But] you were coming after me. And I was like, ‘Yeah, you treat people like sh-t, sh-t’s going to happen to you.'”

In the end, Jeff and Vicki agreed to “bury the hatchet.”

During another segment of Jeff Lewis Live, Kelly Dodd called in to offer an update on where she and Vicki stand today.

“We’re good now. We got over our differences and our stuff,” Kelly shared as Vicki confirmed they’re “moving on.”

As RHOC fans may recall, Vicki and Kelly issued complaints to Bravo about one another during their time together on the show, many due to comments the other had made on social media.

“I got fined $16,000 last year and I don’t even know why. They didn’t like my behavior on social media,” Kelly admitted of the network.

At that point, Tamra Judge, who was a featured guest on Jeff’s show alongside Vicki, revealed she too had been fined by Bravo.