Home Real Housewives of Orange County News RHOC’s Kelly Dodd Shades Lala Kent as a “Whack Job,” Claims No Man Would Put Up With Her After Split, and Disses Randall

RHOC’s Kelly Dodd Shades Lala Kent as a “Whack Job,” Claims No Man Would Put Up With Her After Split, and Disses Randall 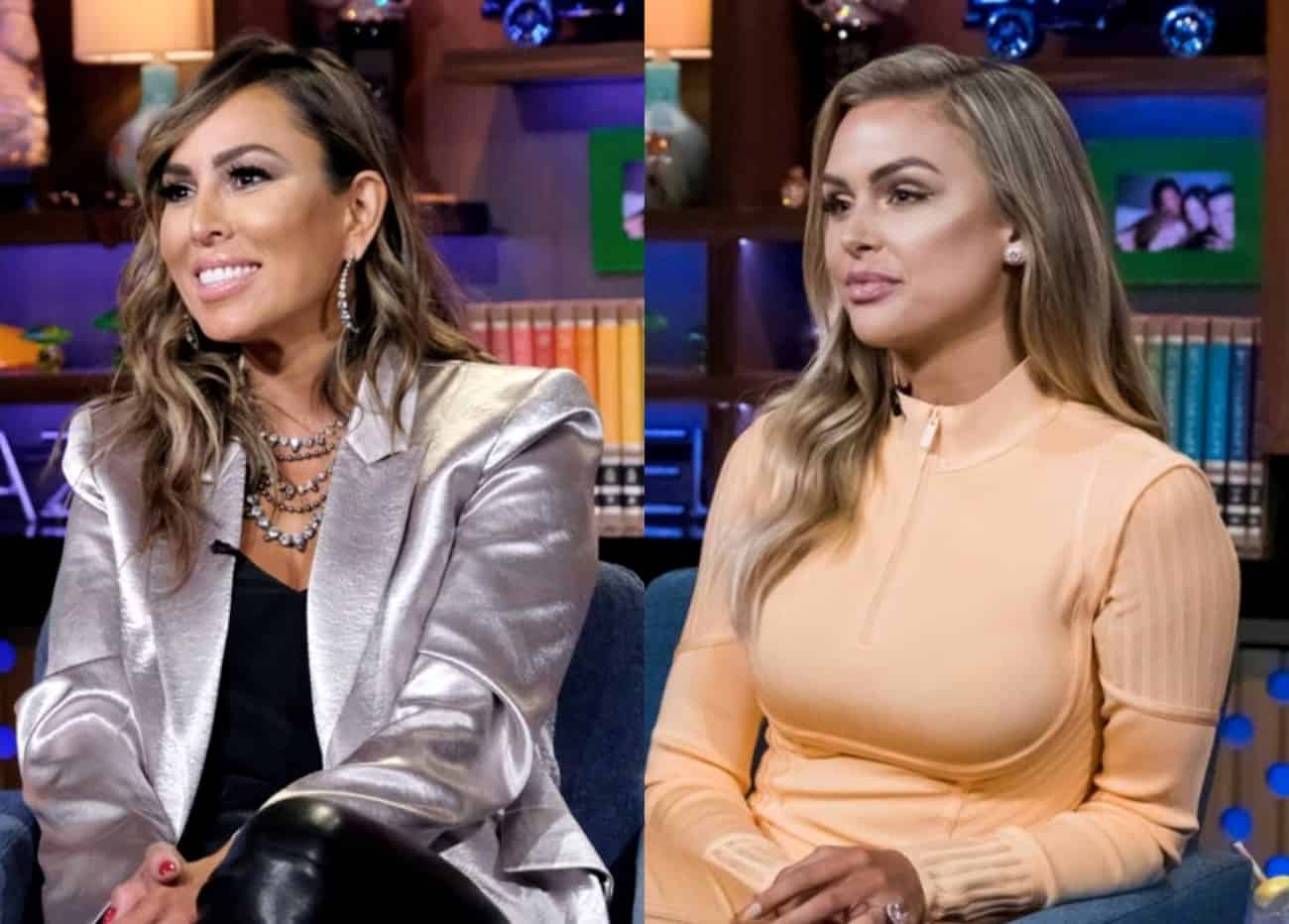 Kelly Dodd continues to weigh in on Lala Kent and Randall Emmett‘s split.

Following the sharing of an article, which suggested the Vanderpump Rules star had been “fooled” by the producer and noted that she was “grieving” after the breakup, the Real Housewives of Orange County alum shared her thoughts in a series of Instagram comments.

“No man would put up with that whack job! Not even an alleged crook!” Kelly, who previously said she “called” the split and shaded Lala as an “idiot,” wrote in a comment to Reality Blurb on Instagram.

Then, when one Instagram user pointed out to Kelly that “someone puts up with [her],” Kelly suggested that person, whose comment was followed up with a couple of laughing while crying emoji, proved her point. 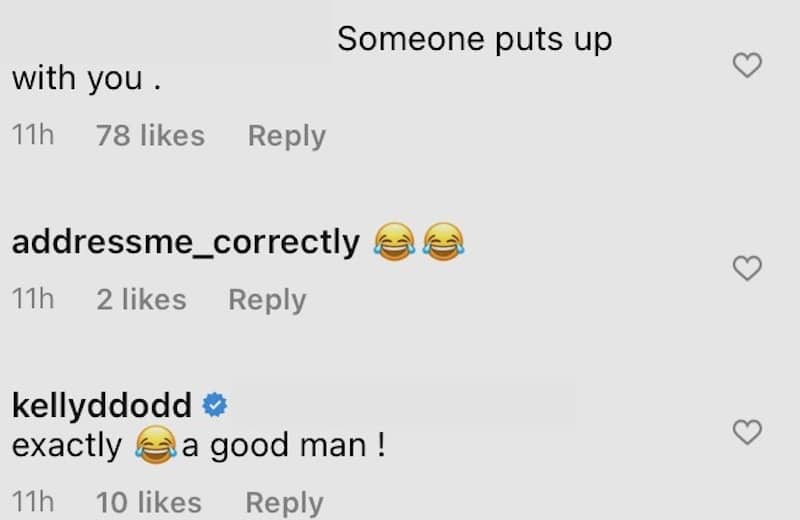 Kelly was, of course, giving a nod to her husband, former Fox News correspondent Rick Leventhal, who she married just over a year ago.

In other Lala Kent news, the Pump Rules cast member recently took to her Instagram Story to thank her fans and followers for the love and support they’ve shown her amid her split from Randall.

“I just want to say… I love [and] adore you all,” she wrote. “The amount of love and support I’m getting is overwhelming and beautiful. It does not go unnoticed. I feel blessed beyond belief. My Give Them Lala Squad rolls deep and you all for damn sure don’t f-ck around. Thank you, [and] I see you. I am forever grateful.” 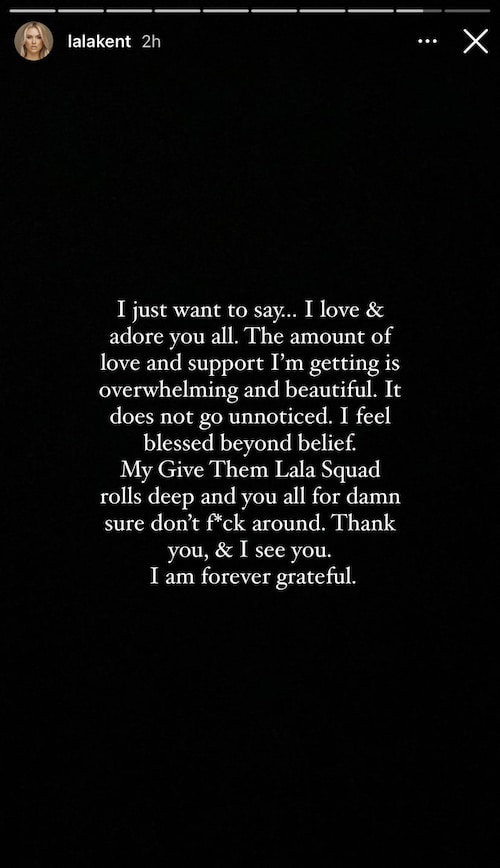 Lala and Randall, who share eight-month-old daughter Ocean, broke up last month after alleged photos of him with two other women at a hotel in Nashville hit the web.

In the weeks since, Lala and Randall have both addressed the split, with her speaking out on their previously shared podcast, Give Them Lala, and him saying he would remain “private.”

“I just never thought that my life would be where it is right now and that’s okay. That’s totally fine,” Lala admitted. “There’s moments where I have pits in my stomach and I’m like, ‘I need God to take over right now because it’s too much.’ [But] you have to be grateful for every experience because what I’ve been through in my life, which people have been through much crazier and traumatic things than I have been through, those people inspire me, who deal with things with grace and they come out on top even with the hand they were dealt.”