Home Real Housewives of Potomac News Ashley Darby Reacts to Nicki Minaj Shading Her at RHOP Reunion, Reveals Who She Came for the Least, and Admits She’s Protective of Candiace Dillard

Ashley Darby Reacts to Nicki Minaj Shading Her at RHOP Reunion, Reveals Who She Came for the Least, and Admits She’s Protective of Candiace Dillard 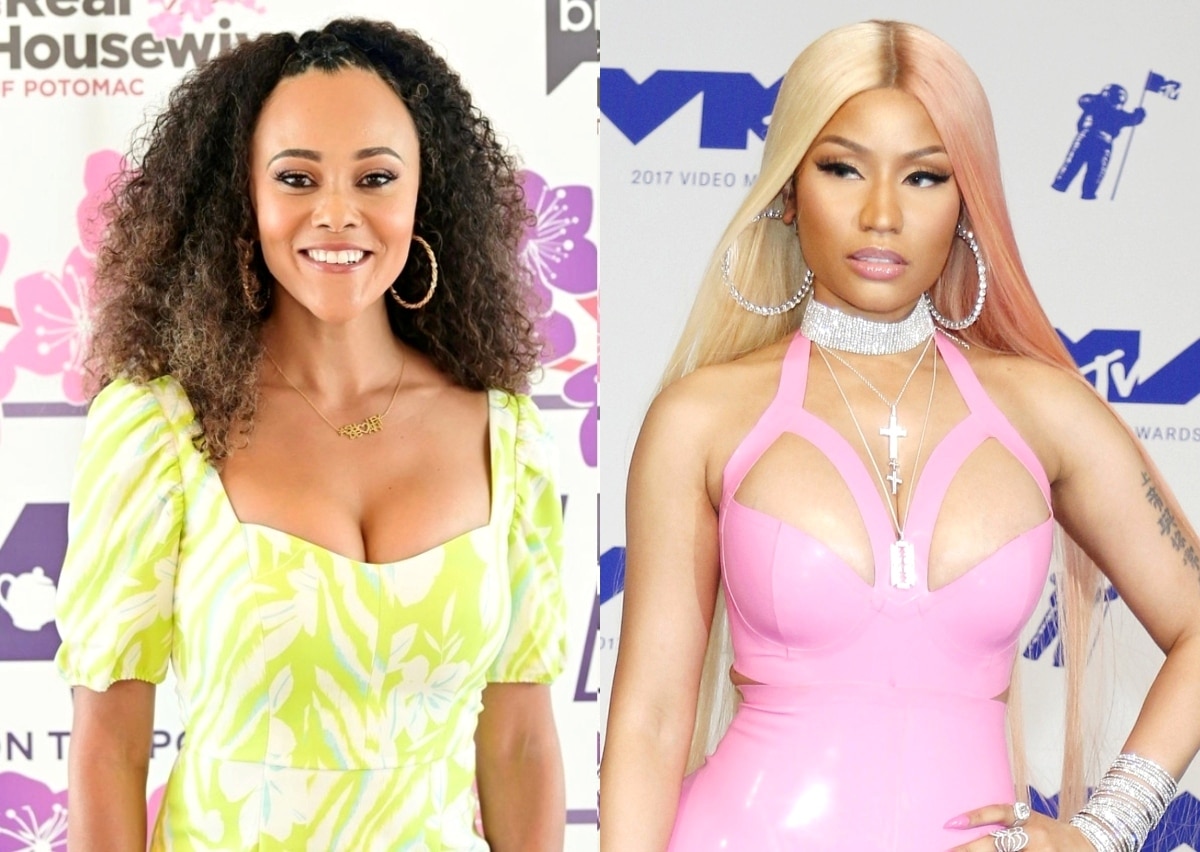 Ashley Darby is looking back at her awkward encounter with Nicki Minaj during part three of the Real Housewives of Potomac reunion on Sunday.

After the rapper told her she “didn’t have much of a storyline” and accused her of acting as “[Gizelle Bryant]’s sidekick” as she went after Wendy Osefo, Ashley appeared on a morning show, where she shared some behind-the-scenes details and revealed which cast member Nicki went for the least.

“I was probably still reeling from the surprise. I was getting over that. And then I didn’t know the nature of what her questions would be so when she came with that tone, I was like… I had to like, brace myself!” Ashley said on Fox 5 in Washington D.C. on November 23. “And I will say, she did say a few more nice things prior that were not included. Like, she called me juicy and all that. So she buttered me really good before she stuck it to me.”

Although Ashley said that “no lady was spared” by Nicki amid the RHOP reunion, she said Nicki seemed to be easier on Karen Huger.

“I think the person who got it maybe the least, maybe is Karen just because Nicki has made it very clear that she loves her some Ray Ray,” Ashley noted.

While Ashley didn’t say who got it the worst, she admitted to feeling sibling vibes for Candiace Dillard as she battled back against the rapper.

“Candiace and I have had a very sordid past, which I’ll say. But there’s something about another person coming into our group and talking about us. You just feel this like, ‘Well yeah, I can say what I want about you, but you can’t say that!’ There’s this sort of protection that came… I felt it,” she shared.

When Ashley was then asked about the feud between her husband, Michael Darby, and Candiace’s husband, Chris Bassett, she surprisingly confirmed that they’ve let bygones be bygones.

“Honestly I would not rule out a friendship between the two of them,” she revealed. “Chris is a good guy. And I think Michael was just feeling the way he was feeling because of how Candiace was approaching me and the things she said about him. But Chris, he’s pretty innocent in the whole equation.”

Looking back at Nicki’s hosting performance, Ashley said the musician was “able to ask questions that [Andy Cohen] can’t ask” and “did her job very well.”

“Andy is incredibly good at his job. There is only one Andy Cohen in this world. But she definitely added a different perspective and that was part of the reason she was there,” she noted.

As for future reunions, Ashley said she’d love to see a cameo from Bravo superfan Rihanna.

“Rihanna is also a big fan of Potomac so if by chance, my girl Rhi Rhi decided she wanted to parlay in Potomac, she would be more than welcome. Read me, Rihanna!”