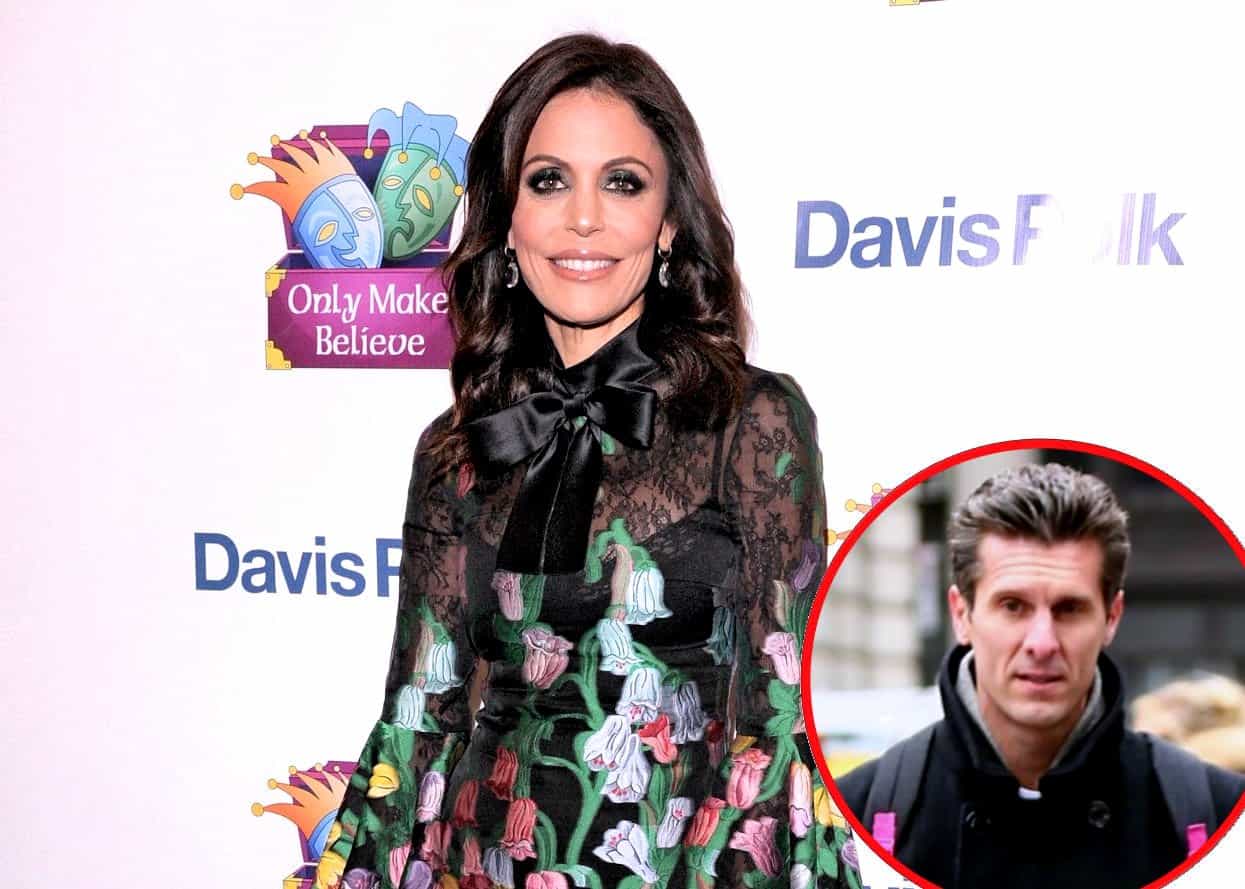 Bethenny Frankel opened up about her nine-year divorce and custody battle with ex-husband Jason Hoppy on the latest episode of her podcast.

After finally settling their messy court battle last week, the Real Housewives of New York City alum looked back on the moment she was nearly arrested before detailing the shocking abuse she experienced in the years that followed her and Jason’s separation.

“I had to take matters into my own hands and methodically and slowly capture the recordings, the emails, the texts, all of it together in an organized manner as if it was a thesis to have action taken,” Bethenny recalled on the December 14 episode of Just B With Bethenny Frankel.

According to Bethenny, Jason was ultimately arrested for the emotional abuse he was putting her through, and because of that, she scored a court win as she was given decision-making rights over her daughter’s health and education.

Unfortunately, however, their battle was far from over. And as the pandemic began in early 2020, their daughter, 11-year-old Bryn, started refusing to do custody transfers.

“And my lawyers said to me, ‘You must transfer her. She’s 11. You’re in charge. You tell her to go.’ And it became emotionally traumatic for her and she wouldn’t go and she experienced a lot, which I don’t want to get into great detail, but a lot of trauma,” Bethenny explained.

While Bethenny opted to do what was best for her child, telling her attorneys, “I’m not going to drag my child out of a car,” noting that Bryn was “hysterical,” that ended up backfiring as she was threatened with a potential arrest.

“I was then threatened to be arrested and held in contempt of court,” she shared.

Luckily, Bethenny wasn’t actually arrested. And due to the hesitancy that Bryn was experiencing with her time with her dad, she was “awarded her own attorney” and given “a voice.”

Also on the podcast, Bethenny opened up about the torment she experienced after being forced to remain in her and Jason’s marital home even after they parted ways.

First, Bethenny learned that what she thought was her own home was actually not in her name.

“One day my lawyer said to me, ‘It’s not in your name.’ I had no idea how that could possibly happen,” Bethenny said. “I used to be in my apartment and documents would be handed to me and I remembered there was the final page of a document and it was described to me differently and then I later found out the document was forged and illegally notarized. And that my apartment wasn’t my own apartment. I had to spend millions and millions of dollars and months of months in appeals to the court to get my apartment.”

Next, as she remained in the home as her custody battle heated up, Bethenny discovered she was being “followed” and “harassed.”

“I was followed, I was hacked, I had my email broken into, I had my every move watched without my knowing it until I realized because I couldn’t figure out why I was being tormented,” she stated. “I was threatened, I was harassed, I was emailed hundreds and hundreds of times in a very short period of time, and everyone that I went to, professionals said, ‘You are not being physically abused.’”

In addition to experiencing personal turmoil from Jason, Bethenny also faced hardships as a parent.

“I wasn’t able to communicate with her… when it wasn’t my time. I was taunted, I was tormented… It was absolute torture. You have a little kid who’s being shown candy and being lured into another room and they can’t talk to you… It was my worst fear come true,” she admitted.

During the time the former RHONY cast member was forced to remain living in her NYC apartment with Jason, she had a padlock on her door for protection.

“It was exhausting. I used to pick her up from school and I was terrified to go home so I would take her… anywhere. I would take her anywhere from Barnes and Noble to any kids club to any play date, anything to reduce the time at home,” she revealed. “I tried to get her home and then I tried to just have her in a bath and I was taunted in my own home. I had someone crawl into my bed and look me in the eyes and say, ‘Is everything OK?’ I’ve had someone follow me when I’m trying to read a book to my daughter in her bed. I’ve been absolutely tortured.”

Explaining her decision to come forward with this information after being “gag-ordered” for long enough, Bethenny said she hopes to help others.

“It’s doing everyone a disservice if I don’t truthfully explain that I’ve been through f**king hell. Emotionally abused, tormented, stolen from, defrauded, tricked, recorded, hacked, you name it, it’s happened to me in nine years and I came out on the other side and it ended because I fought for what was right and justice came,” she stated.