Home Real Housewives of Orange County News Tamra Judge on Why She Declined Offer to Return to RHOC, Shades Emily and Shane, and Suggests Noella Tried to Get on Show Through Past Cast Members, Plus Live Viewing

Tamra Judge on Why She Declined Offer to Return to RHOC, Shades Emily and Shane, and Suggests Noella Tried to Get on Show Through Past Cast Members, Plus Live Viewing 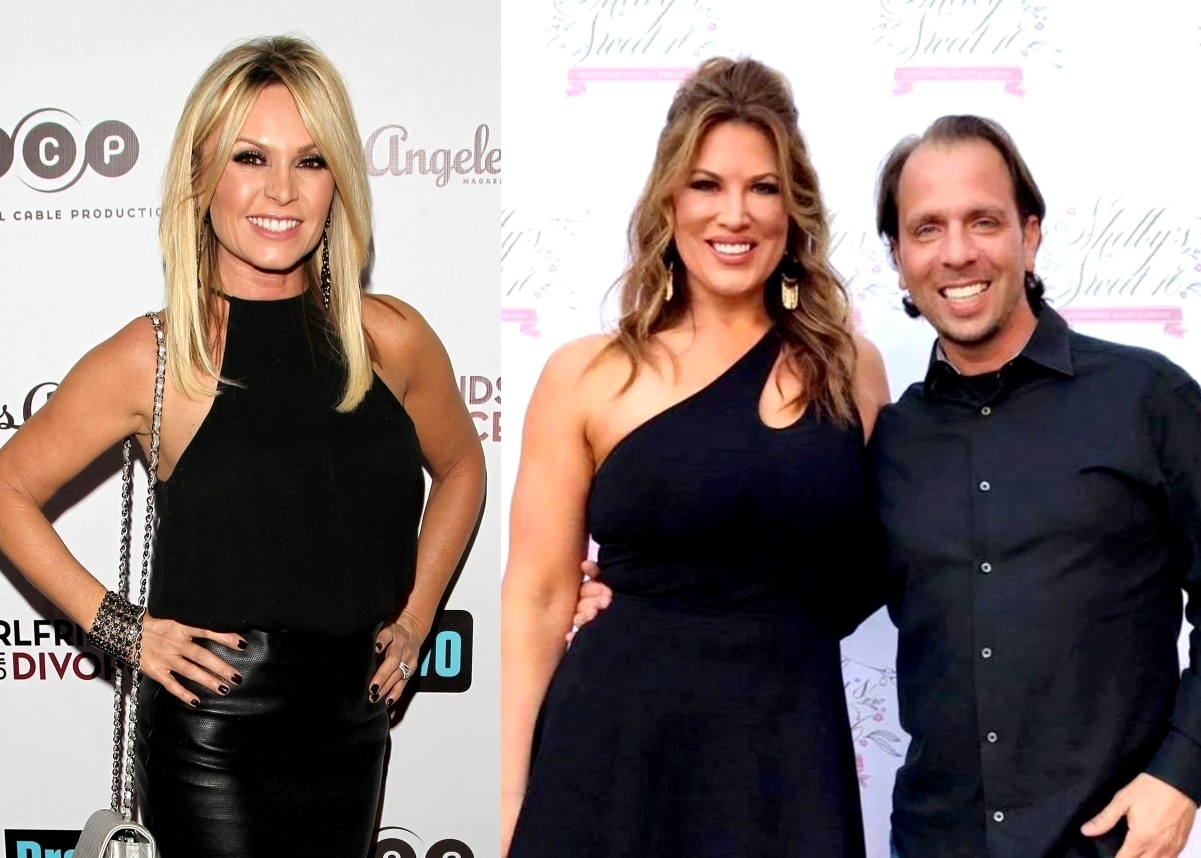 Tamra Judge weighed in on the 16th season of The Real Housewives of Orange County during a recent podcast episode with Teddi Mellencamp.

Following the RHOC’s premiere episode, which featured the return of Heather Dubrow, Tamra explained why she turned down an opportunity to return before sharing her thoughts on Emily Simpson and husband Shane Simpson. She also discussed new cast member Noella Bergener.

“I was asked to come back for a couple of scenes this season and I almost did it just because of my love of Heather and I wanted to support her at one of her parties,” Tamra recalled on the debut episode of Two T’s in a Pod.

As for what stopped her, that honor goes to husband Eddie Judge.

“Actually Eddie [said], he’s like, ‘Don’t do that. You’re full salary for something like this because you know you’re going to get into it with Shannon. Don’t do it,’” she revealed.

While Tamra is friendly with a number of current stars of the show, she is no fan of Emily.

”Emily tends to bore me. I feel like she’s trying to step it up this year and she’s trying to be funny. But I don’t see the value in her,” Tamra admitted. “She doesn’t open up. You don’t know that much about her. She doesn’t really engage that much but she’s really good at her interviews.”

And when it comes to Emily’s husband, who infamously struggled to pass the bar before ultimately nailing the test after it was made easier, Tamra said, “If you have to keep taking the test over and over again and then passing because they lowered the standards, okay.”

When former Real Housewives of Beverly Hills star Teddi then mentioned Noella, saying, “Noella, to me, bugs,” Tamra revealed that she’s seen viewers making similar statements online before looking back on a wild past encounter with her.

“I met Noella [in] December of last year. Brauwnyn invited me to a dinner at Maestro’s. We sat down at the table, she proceeded, she pulls out her phone and shows me a picture of her husband’s d-ck,” Tamra shared, adding that she immediately assumed Noella and her now-estranged husband James Bergener did not “have a good relationship.”

“[And] if that wasn’t bad enough, she proceeds to show us video, now she’s passing the phone around the table, of her husband doing her from behind. I think she’s just really sex-free,” Tamra continued.

While Noella was brought to the series in a full-time role for season 16, Tamra said she reached out to Vicki Gunvalson years ago.

“She originally started contacting Vicki and then Vicki was hanging out with them and Vicki was on the private jet and Vicki was trying to get her on the show and there was a rumor a couple years ago that Noella was coming on and then she didn’t make it. And then when Vicki got demoted, she moved onto [Braunwyn Windham-Burke],” Tamra explained. “She’s a hustler.”

As for Nicole James, Tamra discussed the swirling rumors claiming she either quit or was demoted after her alleged lawsuit against Heather’s husband, plastic surgeon Dr. Terry Dubrow, was exposed.

”She’s not a long-hauler. She’s only on for a little while,” Tamra disclosed. “I know it’s been confirmed she’s only on for maybe, not even half the season and then she leaves. I don’t why she leaves but it came down to a mutual decision. She did not want to be on the show anymore. I don’t know if it has anything to do with this lawsuit. I don’t even think she’s a ‘friend,’ I think she’s in for a few [episodes]. She was hired, from what I heard, to be a housewife. And then she quit.”