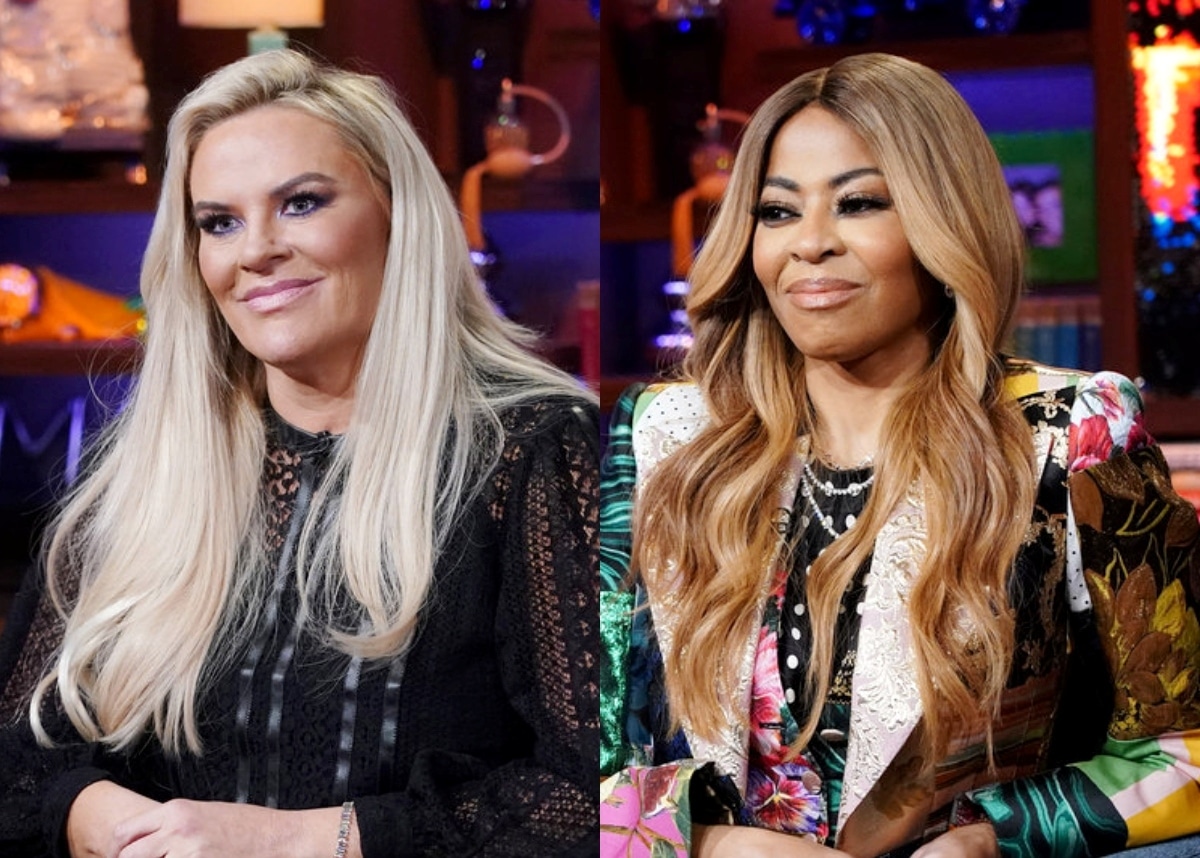 Heather Gay was featured on Sunday night’s episode of Watch What Happens Live, and during her chat with host Andy Cohen, the Real Housewives of Salt Lake City cast member was asked about Mary Cosby‘s recent bashing of reality television.

Days after Mary, who skipped the season two reunion, shaded reality TV as “toxic,” Heather addressed the apparent diss while also reacting to the ongoing “issues” between her castmates, including Jen Shah and Meredith Marks, Jen and Lisa Barlow, and Meredith and Whitney Rose.

“I thought, Mary, I mean, go out on a high, don’t sully what you’ve done on reality TV by disregarding it,” Heather replied, via Twitter.

Following Sunday’s episode of RHOSLC, which featured Meredith calling Jen a fraud and Jen responding by mentioning her supposed “10 boyfriends,” Heather said it’s clear that these ladies have deep-rooted issues with one another.

“Their skirmish just always seems to be like, they’re trying to find something on the surface to fight about but their issues run much deeper, seem to run much deeper,” Heather suspected.

As for Jen’s screaming match with Lisa, which continued from last week’s encounter over Lisa’s refusal to call out Meredith when she’s wrong, Heather said their feud is “what it always is.”

“Like, figure it out ladies. Like, get to it,” she encouraged her castmates, later confirming she’s “always on Jen’s side.”

Heather also weighed in on Whitney’s issues with Meredith after being asked if her cousin has the right to be upset with Meredith for continuously hanging out with Mary.

“Yeah, and also just for continually coming at her, like forcing her to like, kind of roasting her just for asking simple questions, simple respectful questions,” Heather shared.

Although there are still several episodes left of RHOSLC season two, the reunion has already been filmed. And looking back, Heather said that while there were “intense” moments between her and her castmates, not everything was resolved between them.

“I thought it was intense and beautiful and also a lot left unresolved, maybe,” she teased.

Also on Sunday’s WWHL, Heather was asked if Seth Marks’ interest in Whitney’s boobs was cringy or fun.