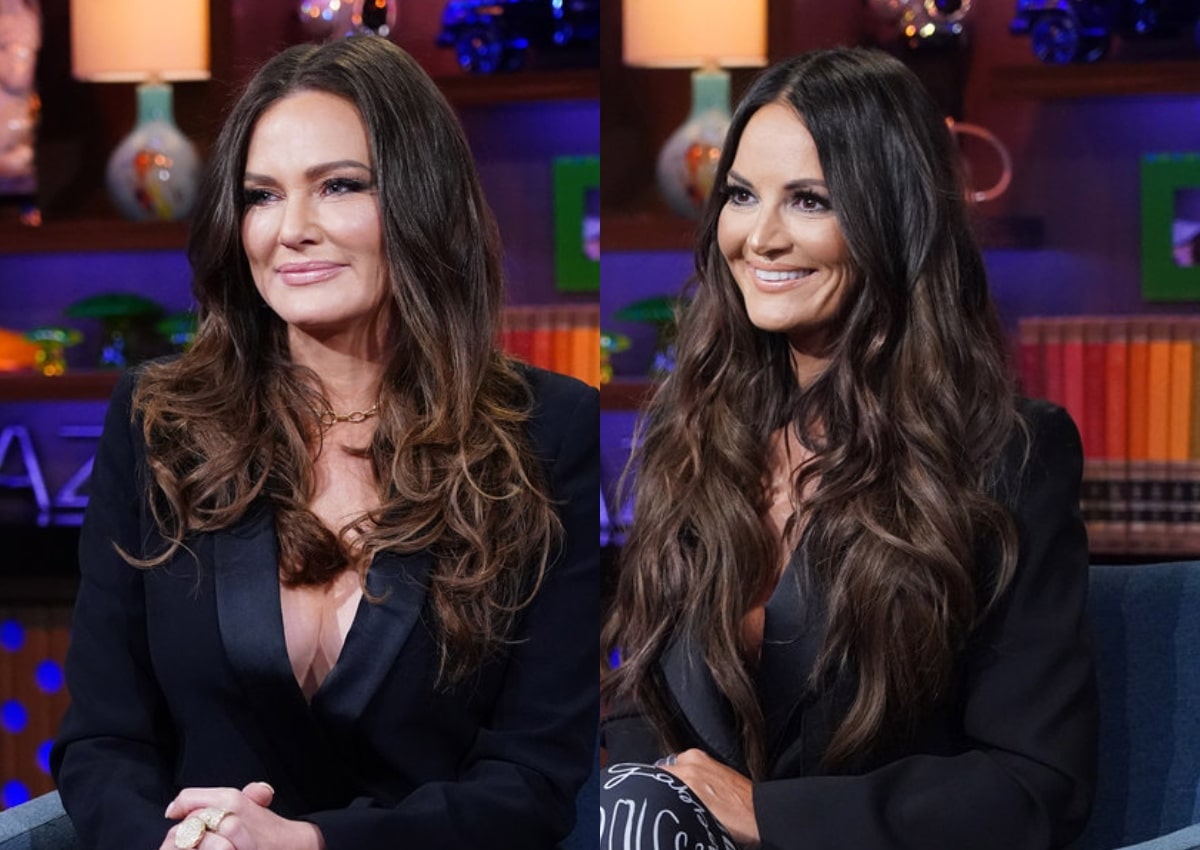 While also addressing reports of a mutual ex-boyfriend with Jen Shah and reacting to a recent interview given by Mary Cosby‘s parents, the Real Housewives of Salt Lake City star lashed out at Lisa for her “scary” behavior and suggested she was “projecting” with her cheating claims.

‘”It’s been very very intense,” Meredith admitted of the “hot mic” moment on the January 30 episode of WWHL. “I was honestly just sickened by it and totally upset and you know, it’s just, you don’t think that you have that level of hate around you and to find that you do is kind of scary.”

According to Meredith, who will go into further detail about Lisa’s claims at the reunion, Lisa has since apologized for her rant. However, she’s still trying to decipher what exactly prompted Lisa’s outrageous allegations against her.

“When Lisa apologized to me later on, she told me that somebody told her that I said her house was ugly and that’s why she felt that that tirade was justified. I don’t really understand that. That seems quite vapid to me,” Meredith admitted. “This level of hate is far beyond anything I could have ever imagined and the lies she spewed, it’s just like, incomprehensible.”

While Lisa’s devastating rant was all about Meredith and what she was allegedly doing behind the back of her husband, Seth Marks, Meredith believes she may have been projecting her own life issues.

“Maybe it’s projecting. I don’t really know… Seth and I have been very honest. We’ve had moments where we’ve dated other people. We’ve not dated a lot of other people. I could not even have 10 boyfriends because I haven’t slept with 10 people in my life,” she shared, noting that Lisa’s been “posting a lot of very posed photos on Instagram.”

As for Lisa’s suggestion that Seth can’t keep a job and is struggling to pay for their homes, Meredith said Seth switches jobs because he is an executive for turnarounds.

“By nature of what he does, he should be switching jobs. He’s never been fired by any job he’s ever been at. In terms of affording a house we are living a lifestyle that we are actually spending a lot more money that it would cost us to buy a house because it’s what my choice is to figure out what we want to do right now,” Meredith explained. “We are empty nesters for the first time. I don’t discuss anyone else’s money. I was raised that that is in very poor taste and I find it kind of repulsive that she’s doing it with me.”

Needless to say, Meredith and Lisa aren’t in a good place. And just one week after Meredith seemingly slammed Lisa as a “snake” on Twitter because “the behavior” had “warranted” the pic, Meredith claims their future is up to Lisa.

“Her little tirade spoke volumes about her character and said nothing about me, other than she really knows very little about me so at this point, it’s up to her to show me that that’s an aberration, that that’s not really who she is,” Meredith shared. “She’s got to start telling the truth because last week when she was sitting here next to you she told like four lies… about the conversation that we had while she was in the sprinter van where she claims I said I was at my father’s memorial. I didn’t say that.”

Following the release of Mary’s parent’s interview, during which they suggested Mary was being manipulated, Meredith said she’s only watched a little of it.

“Mary is no longer on the show and I sort of feel like it’s going to upset me to see a lot of it so I’ve stayed away from it for now,” she explained.

Regarding the reports of a shared ex with Jen, who she’s currently in a “peaceful” and “positive” place with, Meredith noted, “Who Jen has or has not dated I have no idea. That’s not my problem and as far as I know, she’s in a marriage that she is monogamous in. I can’t speak to what she does or doesn’t do.”

Also on WWHL, Meredith reacted to the rumor that surfaced online following Lisa’s “hot mic” moment and suggested that one of the men she had been with in New York was none other than Harry Dubin, who’s been with a number of other Real Housewives.

“I have never been intimate with Harry Dubin although he is an acquaintance,” she revealed.

She then defended her reunion look, which, along with the rest of the cast’s looks, has garnered backlash.