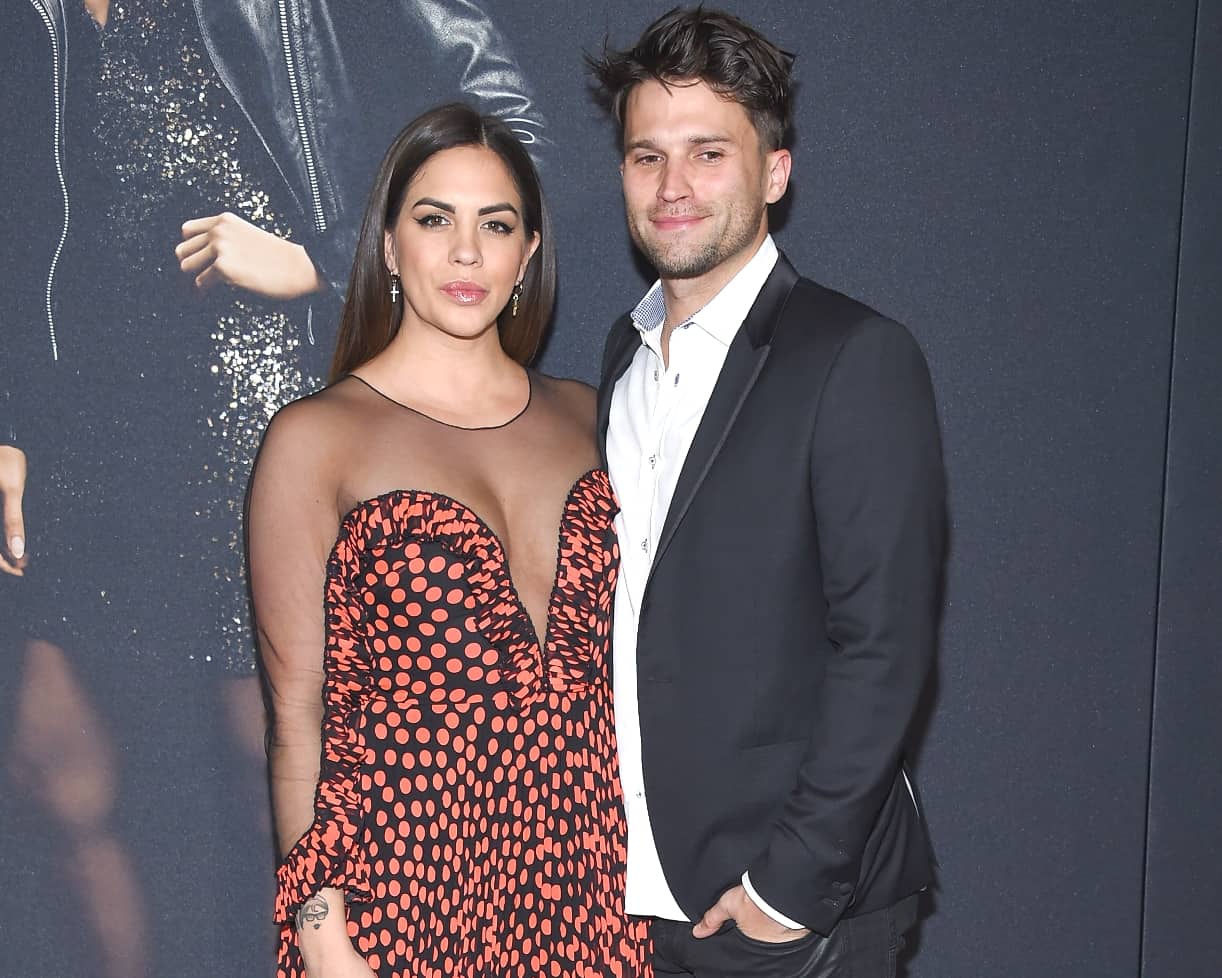 Is there trouble in paradise between Katie Maloney and Tom Schwartz?

Although the couple appeared to be enjoying married life on the recently-aired ninth season of Vanderpump Rules, Katie sparked rumors of a split in a major way days ago when she shared a telling message about divorce on her Instagram Story.

In her post, Katie included a statement Kim Kardashian made to Vogue in which the Keeping Up With the Kardashians alum explained why she ultimately chose to file for divorce from Kanye West after seven years of marriage and four children.

“In the last two years I decided, I’m going to make myself happy. And that feels really good. And even if that created changes and caused my divorce, I think it’s important to be honest with yourself about what really makes you happy. I’ve chosen myself. I think it’s okay to choose you,” Kim said.

And in a simple but cryptic response, Katie wrote, “Amen.”

After a Reddit user shared Katie’s Instagram Story, a number of Pump Rules fans weighed in on the idea that Katie and Tom could potentially split despite there being no announcement of such. Some fans were on board with the possible divorce, but others suggested the quote she shared was no sign that she would follow in Kim’s footsteps.

“I would love to live in a world where Katie dumps [Schwartz] and thrives… Season 10 would be picked up immediately lol,” one person wrote.

Another said, “Imagine [three] of the girls recently single after years with questionable men,” seemingly giving a nod to the newly-single Lala Kent and Raquel Leviss, who split from Randall Emmett and James Kennedy, respectively, at the end of last year.

“RIGHT!! Me too. I wonder how different she would be,” a third person agreed.

“Wow I did not realize this was a post from Katie! I don’t like Katie at all but I am in 100% support of her dumping Schwartz,” someone else wrote. “Also maybe Raquel ditching James and having so much support empowered her?”

Others pointed out that they “don’t see [Katie] going anywhere” and noted that “she won’t” divorce her husband.

“[I] think y’all are reading too much into this. She’s showing her support and agreement for Kim’s situation, even more so since she isn’t stooping to Kanye levels and is doing what makes her happy,” one Reddit user stated. “Unless Katie openly shares any change to her marital status with the world, it’s really sh-tty to be saying, ‘OMG KATIE LEAVE HIM OMG YOUD BE SO MUCH BETTER OFF W/O HIM OMFGGGGG.'”

Katie and Tom initially wed in August 2016. But due to a paperwork mishap, they later had a second (official) wedding in July 2019.