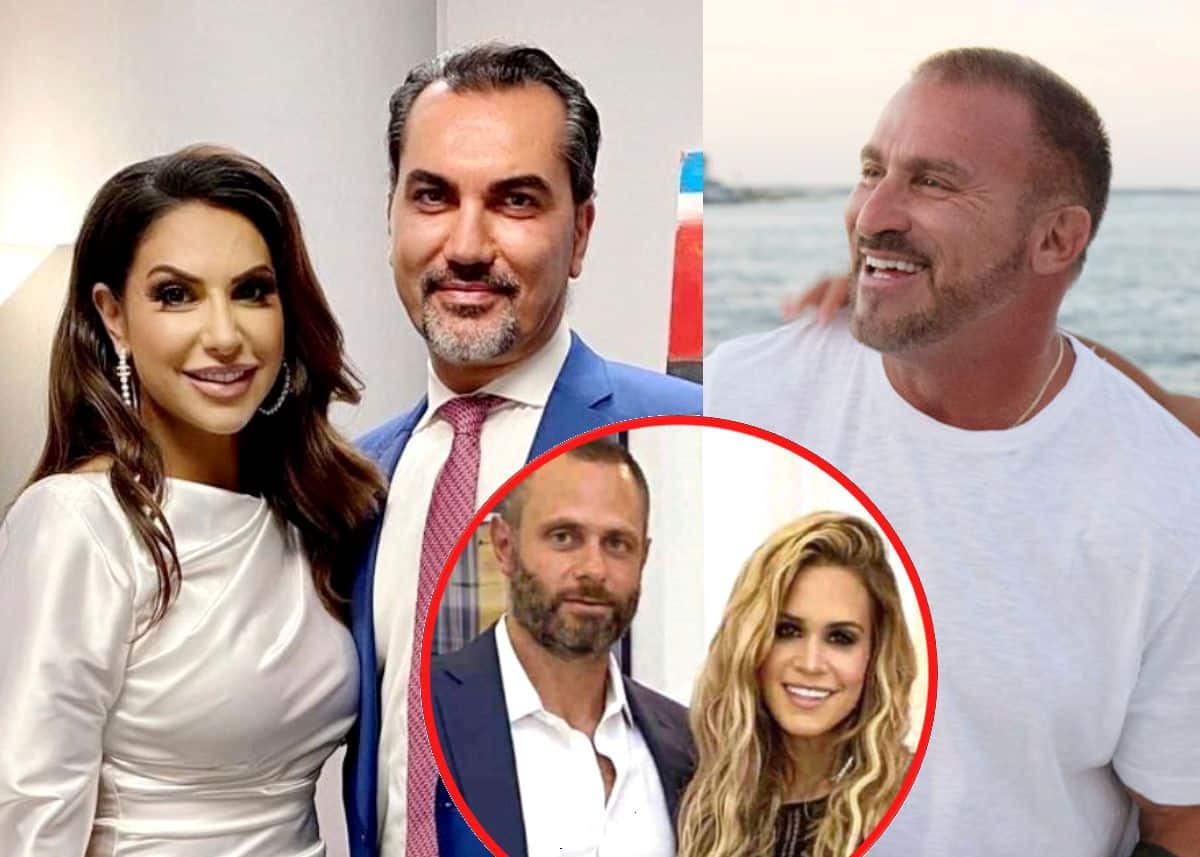 Dr. Bill Aydin is looking back at his controversial dinner meeting with Frank Catania, during which Frank allegedly shared details about Evan Goldschneider‘s alleged mistress.

After Frank took to his Instagram Story to deny Jennifer Aydin‘s suggestion that he knew the alleged woman, the Real Housewives of New Jersey surgeon, who was targeted with a cheating revelation of his own earlier this season, revealed exactly what went down between him and Frank as Frank shares what he heard in regard to the Teresa Giudice–pushed rumor.

While Frank admitted to knowing who the alleged woman was, he made it clear that he didn’t believe anything happened between the person and Evan.

“To this day, my opinion is Evan never cheated. I heard about who the rumors were. I think I said something to the effect of… ‘If Evan did do it, I can’t understand why because Jackie was so much more beautiful than this alleged woman,'” Frank explained.

According to Jennifer, she was told by Bill after his meeting with Frank that Frank knew the rumored other woman.

Following the sharing of the information, Jennifer found herself on the phone with Frank. And during their chat, she asked him about the alleged woman.

“All I remember is nothing came about it. I didn’t get the answer I needed,” she revealed. “So months later, I am at a loss. Because I’m not only realizing that Frank threw me under the bus, but now I have to throw him under the bus and say, ‘You know why I asked him? I asked him because he told my husband she knew who she was.’”

While Jennifer said she didn’t actually care if the rumor was true or not, she was happy with the vindication Frank’s comment reportedly gave Teresa.

“I’m curious like, ‘Wow, so this rumor did not just come from Teresa? Are you trying to say that this really is a rumor that’s out there?’ This is not something Teresa made up,” Jennifer proclaimed.

As for Jackie Goldschneider, she said that Frank was “very open” with her and Evan about what had gone down at his dinner with Bill and noted that her frustration wasn’t with Frank but rather Jennifer.

“Jen was calling him, saying, ‘Do you have pictures? Do you know the person?’ She wanted this information of this girl. I couldn’t care less about the actual digging. What really frustrated me at that point was the fact that she had Evan right there with her and she could have turned to him and said, ‘Listen, I’m really sorry about that. I shouldn’t have done it.’ But she didn’t do that,” Jackie said.