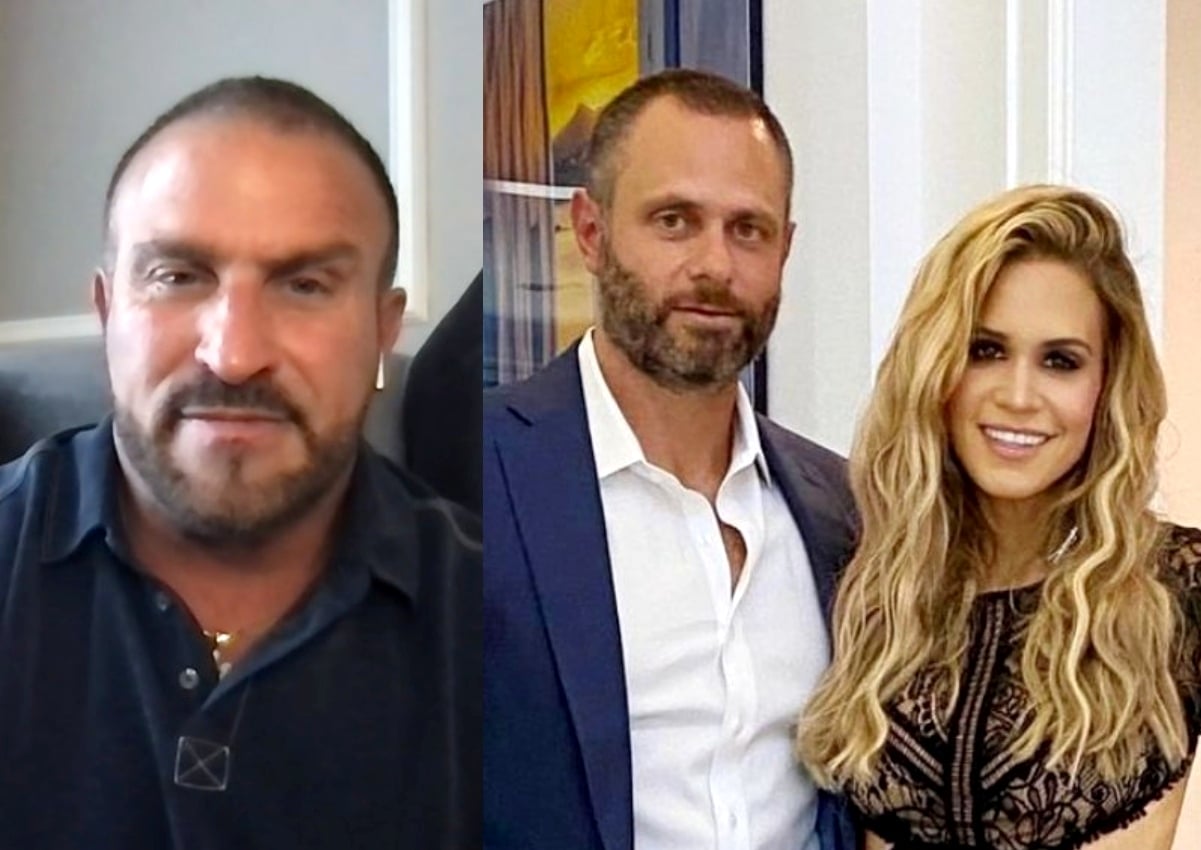 Frank Catania, the former husband of Dolores Catania, spoke out on Instagram on Tuesday night amid the latest episode of The Real Housewives of New Jersey.

As Jennifer Aydin, whose husband, Bill Aydin, was exposed as a cheater the week prior, attempted to uncover new information in regard to the alleged woman Evan Goldschneider supposedly had an affair with amid his marriage to Jackie Goldschneider, Frank reacted to claims of knowing the mystery lady on his Instagram Story.

“Just to clarify, I was and still [am] of the absolute position that [Evan Goldschneider] never cheated on [Jackie Goldschneider] so there is no possibility that I knew of any woman or said anything of such to anyone,” Frank wrote in his February 8 post, which included a screenshot of a conversation between Jackie, Jennifer, and Margaret Josephs. 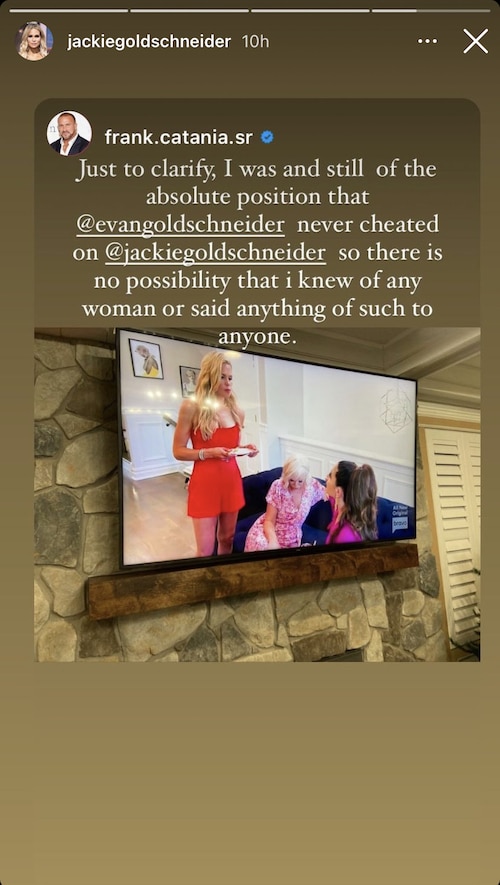 During Tuesday’s episode of RHONJ, after learning Jennifer had been digging for information about Evan’s potential cheating, seemingly in an effort to deter the attention from the infidelity in her own marriage, Margaret confronted her castmate about her attempts to find details about the woman involved in the Evan rumor, which was initially mentioned by Teresa Giudice on season 11.

As fans may have seen, Jennifer asked Frank about the false report because he supposedly knew the woman and may have been able to share photos of her with the group. However, when she attempted to get the potential pics from Frank, he informed her that he did not have any information about her.

Following last week’s premiere of RHONJ, Margaret explained that she decided to go public with the news of Bill’s affair because of Jennifer’s “hypocrisy.”

“I was like, ‘You’re not being honest and you’re not honest with everybody.’ And it’s bad. And I think that’s why I had said it,” she revealed to Page Six. “I didn’t want to cut her to the core, and I did not want to hurt Bill. That’s not what the intention was. It was just like, wake up.”

Prior to digging into Jackie’s marriage, Jennifer spotlighted Margaret’s relationship with husband Joe Benigno, which began when she was still married to her former spouse, Jan Josephs.

The Real Housewives of New Jersey season 12 airs on Tuesdays at 8/7c on Bravo.