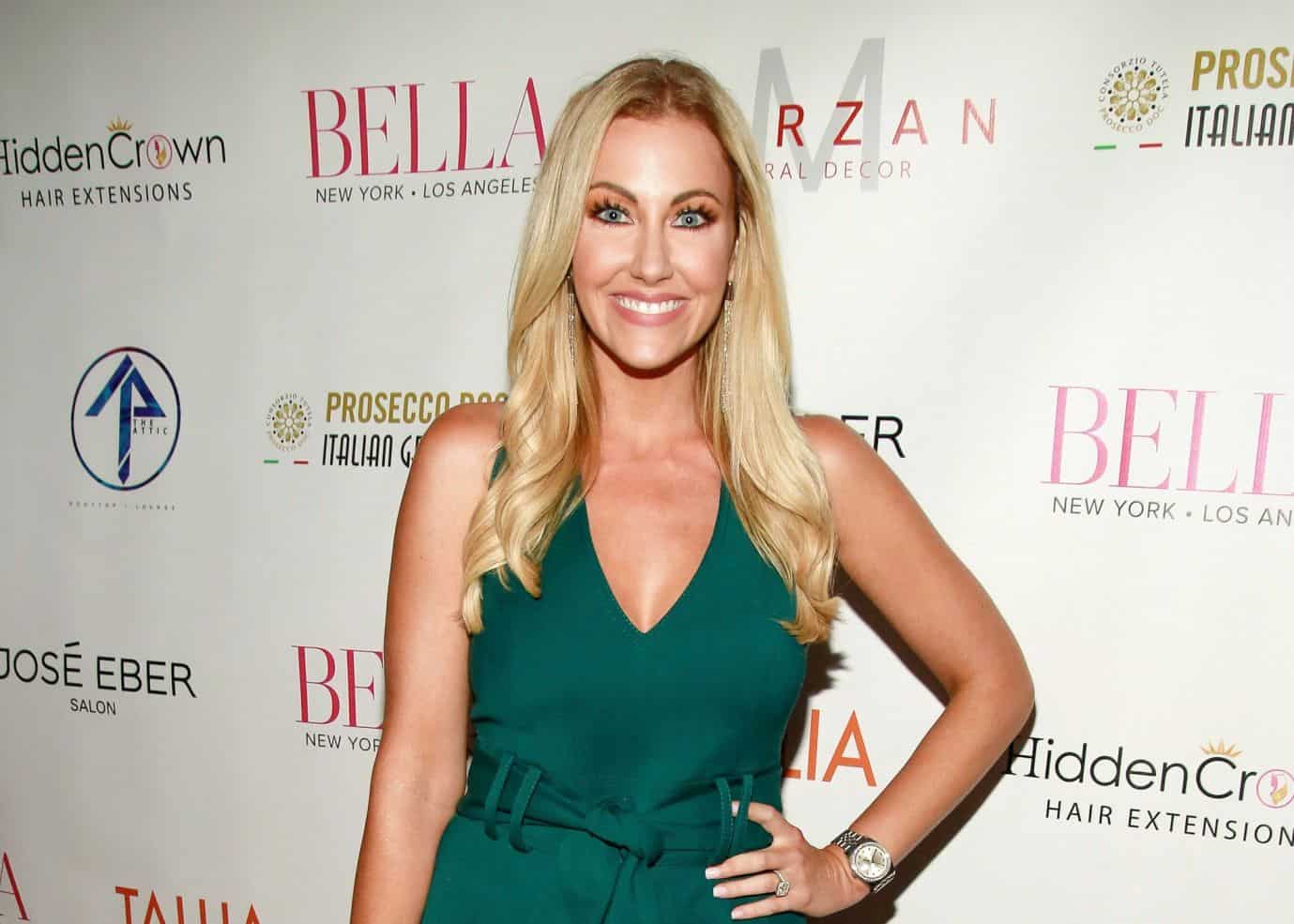 Stephanie Hollman hosted an “Ask Me Anything” session on her Instagram Stories, and during her chat with her fans and followers, she addressed several topics pertaining to The Real Housewives of Dallas.

Months after Bravo confirmed the reality series has been canceled for the indefinite future, Stephanie opened up about the logistics that go into the show, including what Bravo pays for and the perks that are included, before offering an update on longtime BFF Brandi Redmond and revealing what she knows about a potential reboot.

“Who pays for the trips and dinners out? If Bravo pays are there budgets and restrictions?” one fan asked.

“Bravo pays for everything, unless you are throwing the party,” Stephanie replied. “You pay for the events you host, all your clothes and glam (except glam for reunion, [Watch What Happens Live], and confessionals). They also pay for everything on trips. No restrictions. You pay for reunion and interview dress unless their stylist finds something for you to wear. Most housewives spend more than they make the first few years.” 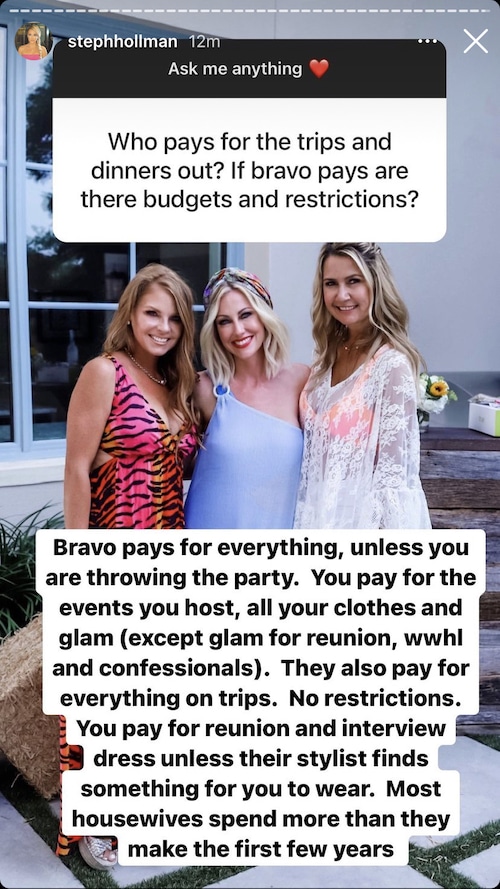 “What was the best perk of the Housewives?” another fan asked.

“Where do I start… I got to hang out with my friends and get paid for it,” Stephanie began.

Stephanie also said it was a pleasure “getting to meet Andy Cohen and being a part of an amazing franchise.”

“I was invited to some really cool experiences, including sitting front row at the Victoria’s Secret fashion show a few years ago. The best part is being connected with you guys. You have made the ride so much fun. Super grateful for the experience and the lessons I learned along the way,” she added. 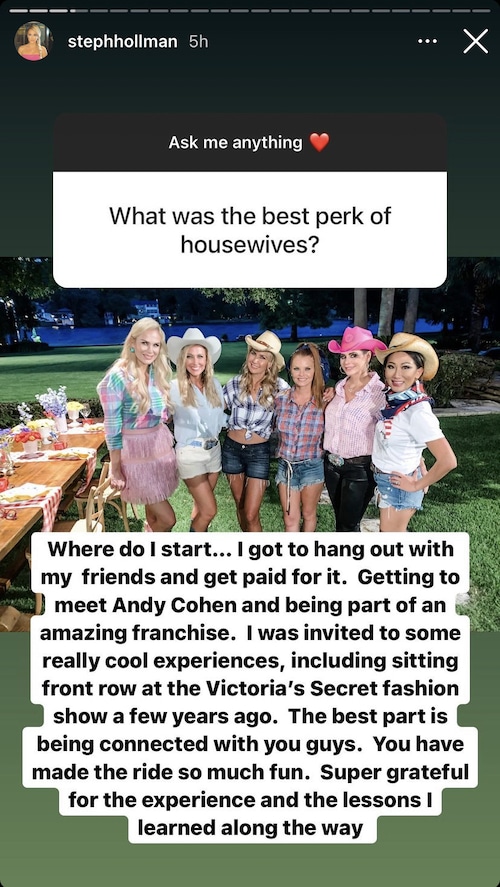 Another fan wanted to know how Brandi was doing following a number of challenges in recent years, including her Asian video scandal and her husband Bryan Redmond‘s cheating scandal.

“How’s Brandi doing? She’s been through a lot the past couple of years,” the person wrote.

“She is doing so good. See [here] for our podcast weekly [Weekly Dose of BS podcast] and she is the happiest I have seen her in years,” Stephanie confirmed, adding that seeing Brandi in a good place “makes [her] so happy.” 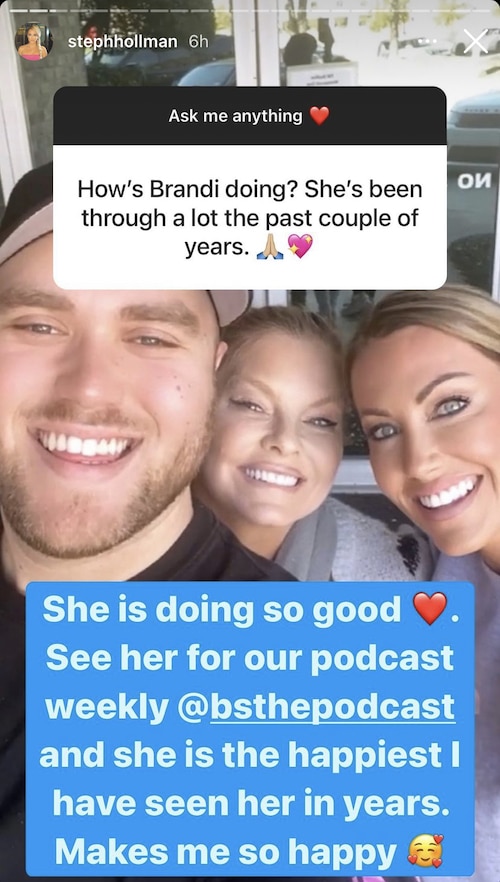 In another post, which did not include a message from a fan, Stephanie reacted to the swirling rumors regarding a potential RHOD reboot.

“No one has reached out to anyone about a reboot. If it happens I think it will be a few years down the road,” Stephanie shared. 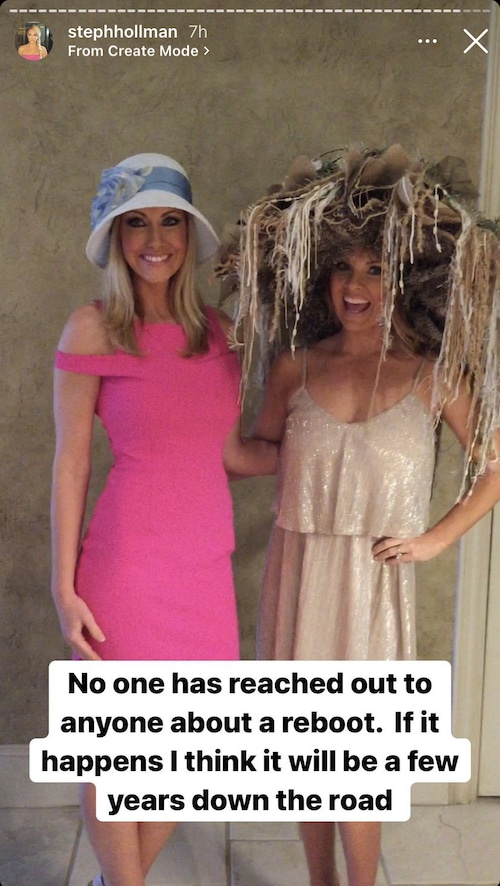 As fans may have seen, Andy prompted rumors of a potential reboot on Twitter earlier this month, when he responded to a fan who asked him if Peacock would pick up the series for a sixth season.

“Do you think Peacock would ever pick up [RHOD] for a reboot?!” they asked.

The Real Housewives of Dallas aired from April 2016 until May 2021.