Tiffany Moon on Why She Thinks RHOD Was Canceled, Kameron Westcott’s Failure to Apologize, Plus Suggests Producers Fabricated Feud With Brandi 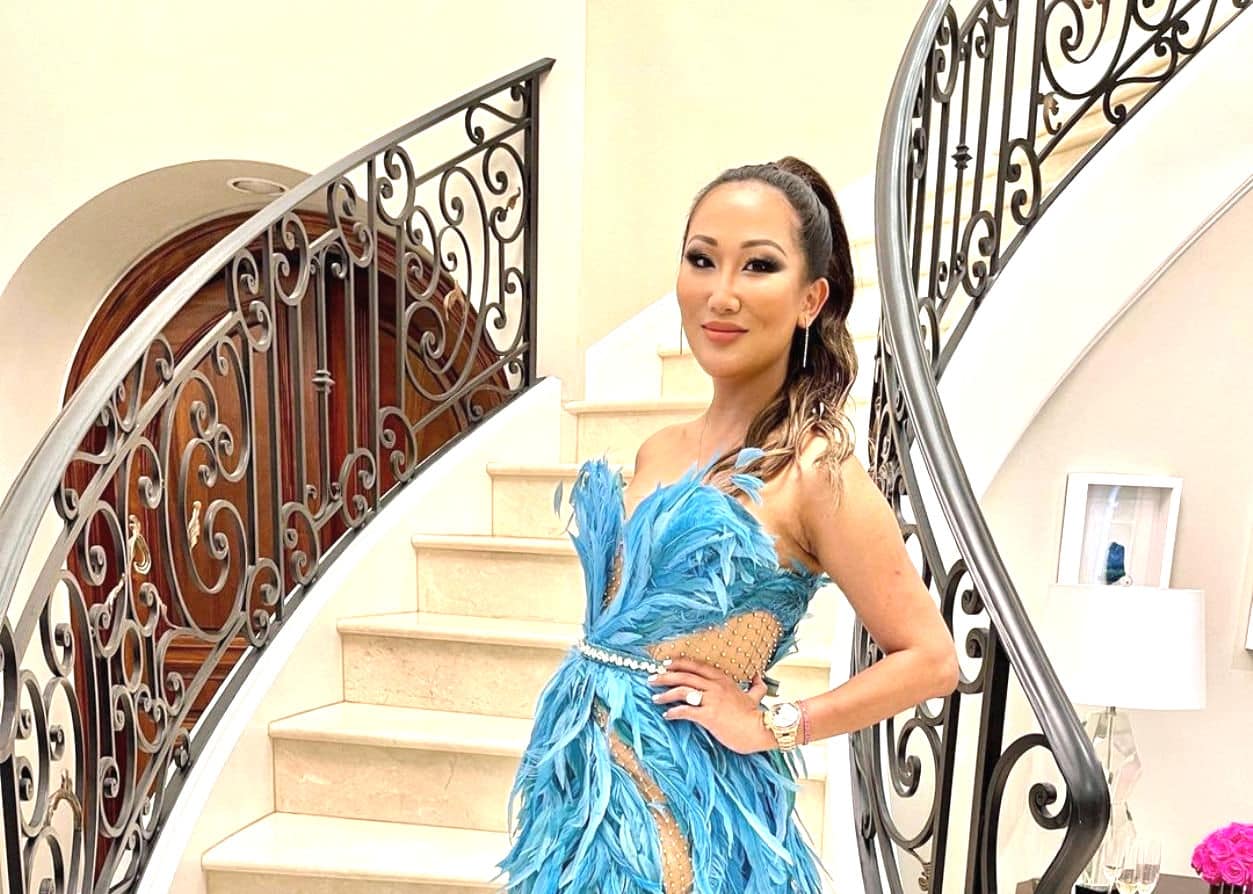 Dr. Tiffany Moon has some strong feelings about the final season of The Real Housewives of Dallas.

In addition to sharing her thoughts on why the series was put on an indefinite hiatus, the anesthesiologist discussed the animosity she felt from her castmates, reacted to her apparently fabricated feud with Brandi Redmond, and admitted she would have loved to star alongside former cast member LeeAnne Locken on the series.

“Historically, Dallas was, of all the currently shown franchises, the lowest-rated one. It’s always been the red-headed stepchild,” Tiffany explained of the show’s demise on the November 30 episode of S’More Live on Instagram. “It got very little promotion. People complained that they didn’t get new cast photos and intros even though other people did every season.”

Continuing on, Tiffany said, “I think the reason it is on an indefinite hiatus right now is because the cast got to such a dark place that we could not mend those friendships enough that the viewers had anything left to be invested in. You want to see people have conflict and then you kind of want to see that conflict resolved.”

According to Tiffany, she believes that if Kameron Westcott had apologized, the series likely would’ve been renewed.

“I really wanted to fit into this group. There were many conversations that I had with [D’Andra Simmons] where I said, ‘I’m so excited to be joining the show. I can’t wait to do all these things,’” Tiffany recalled.

But, when filming began, she felt as if her castmates didn’t like her.

“There was this undercurrent of animosity from a few certain castmates [and] I felt unwelcome,” she admitted. “And because of the animosity that I received, especially towards the end, from certain people, our relationships have deteriorated. There’s probably no way that I would ever, ever trust or be friends with some of my castmates.”

Although Tiffany confirmed she would say, “yes,” if asked to return to the series in the future, she said she didn’t feel Kameron would ever apologize for the racial allegations she made against her.

“Chicken-gate was meant to be funny… And then she turned it into this racist… I’m saying something about my whole country… It really devolved and it was not meant to be that way… She has a lot of work to do [and] she can start by apologizing to me for calling me racist for imitating my own mother,” Tiffany suggested.

As for the tension fans noticed between her and Brandi, who was exposed for poking fun at Asians in a video before Tiffany was added to the cast, Tiffany hinted their supposed feud was fabricated by producers.

“They really tried to make us have beef and have it be awkward,” she revealed. “But I never really had any issues, nor do I have issues with her to this day. I feel like I could go call Brandi tomorrow and be like, ‘Hey, let’s get a margarita and meet up.’ And she might be like, ‘Let’s do it.’”

In addition to being in a good place with Brandi, Tiffany said she’s also on good terms with LeeAnne, who left the show in February of last year before season five was filmed.

“I’m actually friends with LeeAnne. I mean, we’re not besties but I text her. We see each other,” Tiffany shared. “We have a close friend who is mutual so I like LeeAnne. I thought it would be great if we could have been on together.”

When Tiffany then played a game of “Marry, Shag, Remove” with the options of Court Westcott, Bryan Redmond, and Travis Hollman, she quickly removed Kameron’s husband.

“We will remove Court… Let’s shag… Travis? And marry Bryan? But I don’t want him to cheat on me… so maybe I’ll marry Travis,” Tiffany stated, giving a nod to Bryan’s reported infidelity.

Looking back at her time on RHOD, Tiffany said she felt there were double standards present.

“Why is it that a person of color is cast amongst a mainly all-white cast and then they have certain expectations and different rules applied to them?” she asked. “Why was me saying I have nine toilets in my house not okay, but then other people showing off their closets and their Birkins and $2,000 sandals okay? Why was [my closet tour] obnoxious but yours wasn’t?”

She then said that a “big shakeup” is needed across the entire Real Housewives franchise.

“I think it should be old, young, married, divorced, lesbian, transgender, Black, white, Latina, Native American… You know? Immigrants, Affluent, not affluent, working their way up, teachers, stay-at-home moms. We need a major shakeup because it’s getting a little stale,” she stated.

Also during the interview, Tiffany said she believes The Real Housewives of Nashville is in the works.