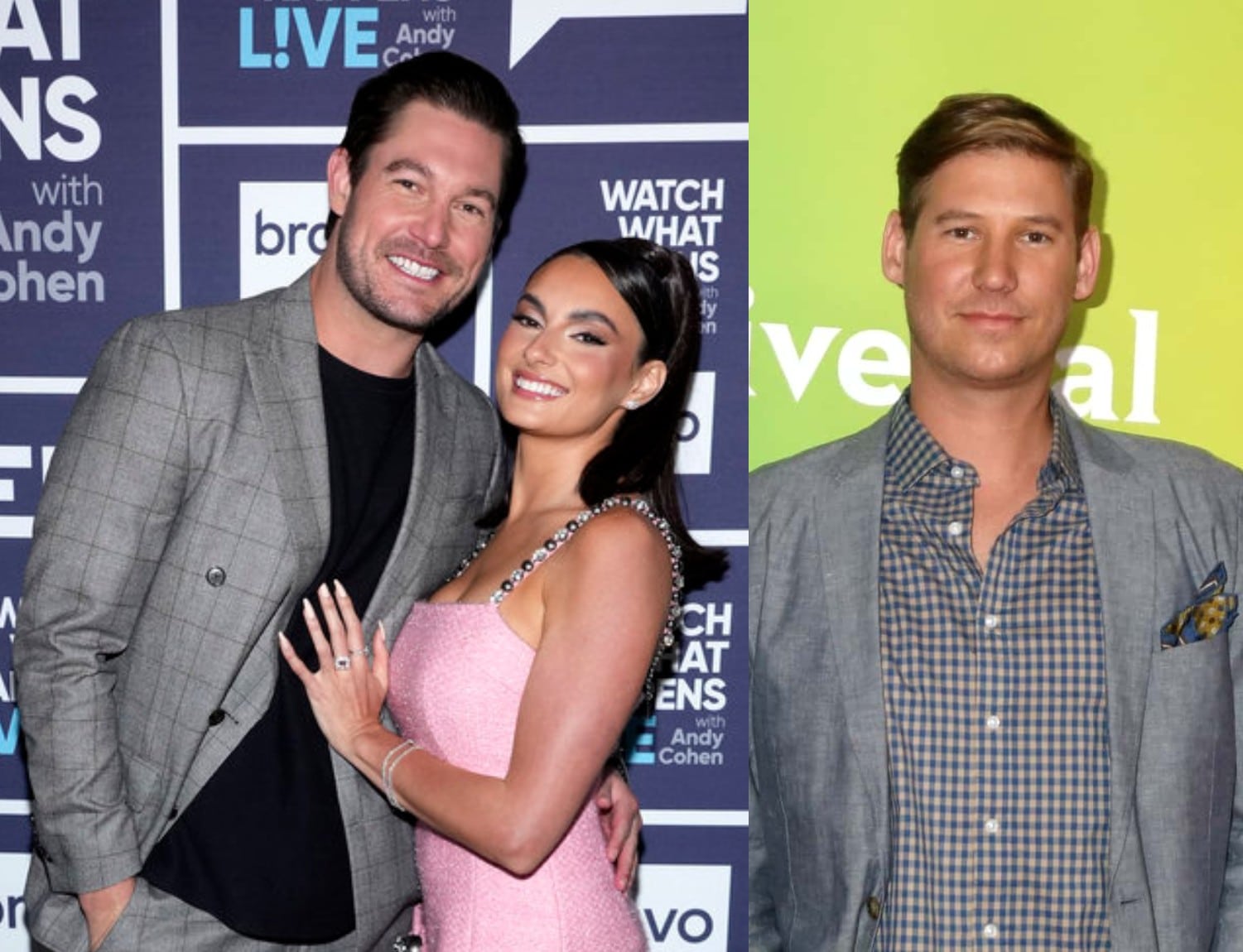 Craig Conover and Austen Kroll were in Washington, D.C., on Tuesday night for the opening of their podcast tour, the Pillows and Beer Tour. And while answering questions from their fans, the Southern Charm cast members revealed a number of exciting details about their loves lives and the upcoming season of their Bravo series.

As Craig sparked rumors of a potential spinoff with girlfriend Paige DeSorbo of Summer House and spoke about his impending proposal at Capital Turnaround, Austen confirmed the eighth season of Southern Charm would have a whopping 16 episodes.

“Craig said he’s ready to propose to Paige at their one-year mark, has a ring picked out and all,” the insider shared with Queens of Bravo on Instagram on March 30, also revealing that Paige is allegedly moving to Charleston for May and June, which she seemingly said she was against during their joint appearance on Watch What Happens Live last week.

“We’ve only been dating for six months so I feel like if we were talking about moving, it would be a little coo-coo,” Paige said at that time.

Queens of Bravo’s source went on to tease news of a potential spinoff series for the couple, noting, “[Craig] kinda eluded to the [fact] that it would be filmed.” 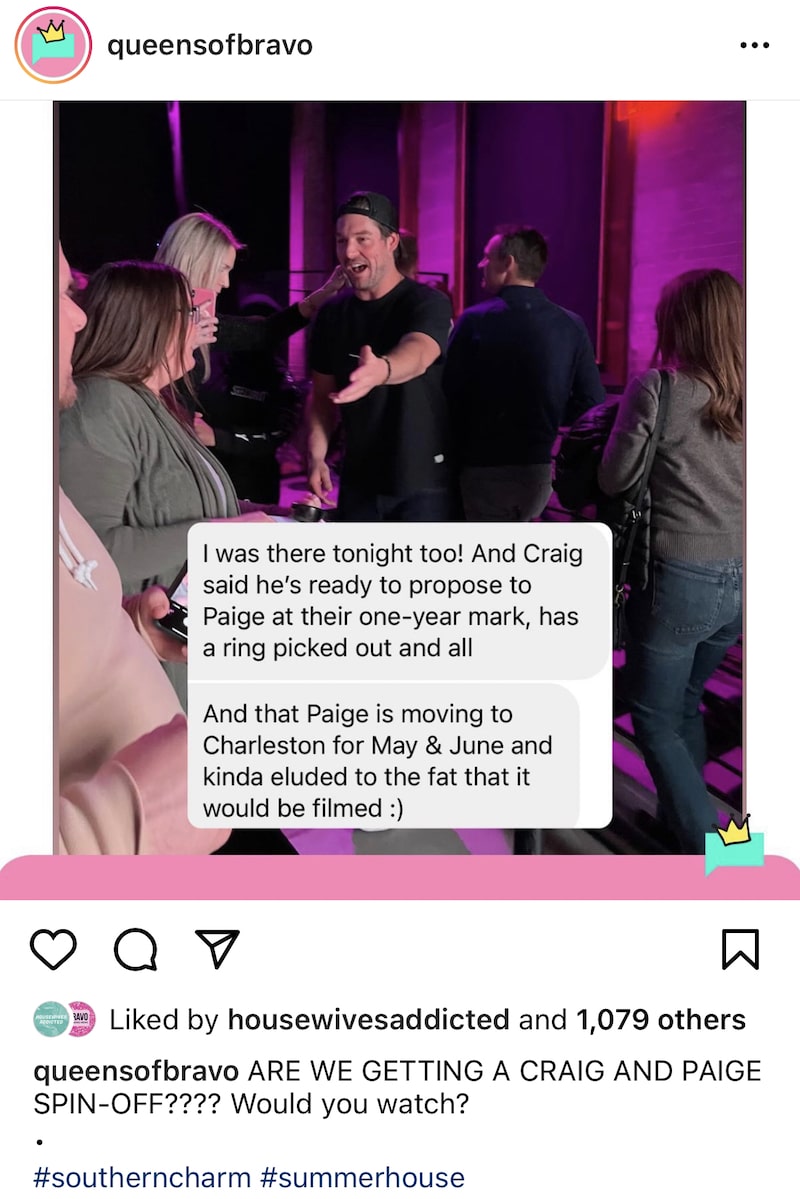 In another post, it was revealed that someone asked Austen, “Where did you learn to gaslight so many women and what and whom did you really want out of that weekend in the Summer House?”

“He totally dodged the question by saying that he has righted his wrongs and it will be shown in the upcoming seasons of Southern Charm and Winter House,” another insider shared.

The second source also revealed that Austen confirmed “he’s in a relationship.” 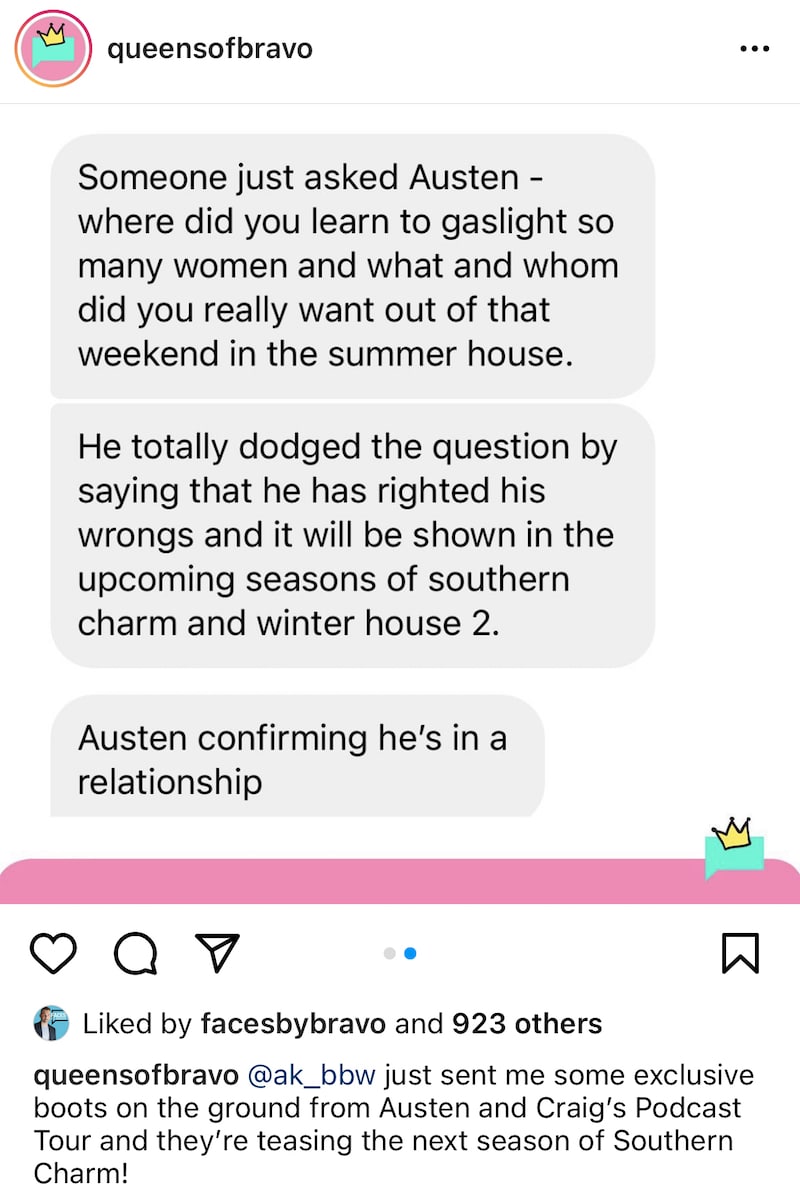 In a video shared on Instagram from the event, Austen was heard saying that Southern Charm season eight would be “a 16-episode season” and sharing news of a new woman in his life.

“I am seeing someone, yes,” he stated.

FYI, Austen has been linked to his Southern Charm co-star, Olivia Flowers, in recent weeks.