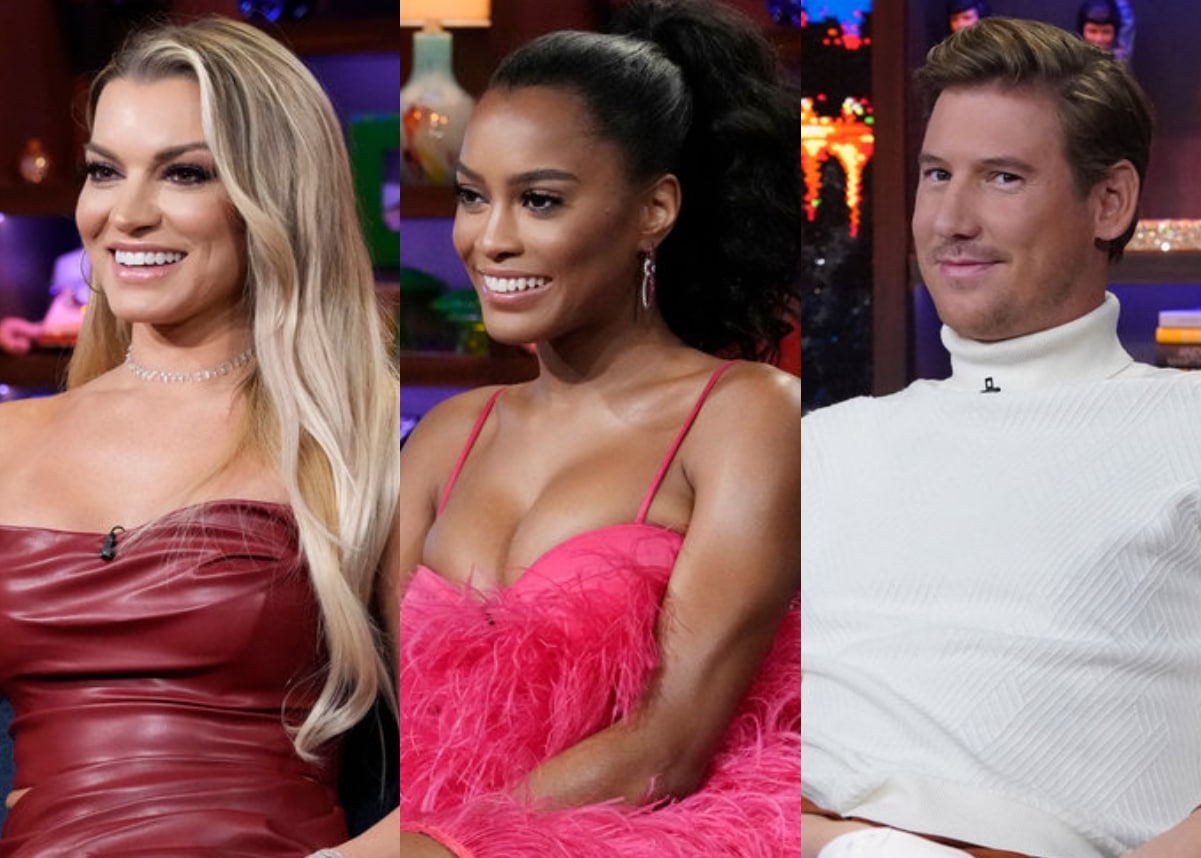 Lindsay Hubbard is sharing what fans can expect to see on the upcoming reunion for Summer House season six.

After taping the special, Lindsay said she was very much targeted by her co-stars before looking back on Ciara Miller‘s wine fight with Danielle Olivera, explaining what’s happened between her and Austen Kroll since his controversial Watch What Happens Live appearance, and more.

“I think some of us tried to have productive conversations where we could move forward, potentially. Some of us took accountability, but … for me it was just a reflection of the summer. It was very much, ‘Let’s talk about Lindsay and lay into her,'” Lindsay told Entertainment Tonight on April 11.

The reunion was filmed just days after Ciara and Danielle’s fight aired, which began after Danielle defended Lindsay amid her love triangle drama with Austen.

“That was probably the biggest situation in all of Summer House and [it] seemed to be pretty glossed over by a lot of people,” Lindsay admitted. “It’s really hard reliving it, and the whole situation was just completely — it’s unacceptable to throw and be violent in any situation.”

Although Ciara felt betrayed by Lindsay’s relationship with Austen, which was flaunted when the Southern Charm cast member arrived in the Hamptons to celebrate Lindsay’s birthday, Lindsay said she had “no clue” that Ciara had feelings for her one-time flame.

Amid Lindsay’s drama with Ciara, the latter appeared on WWHL, where she accused Lindsay of having “intent to hurt” her.

“I’m shocked by that,” Lindsay said in response. “I’m not over here calculating and coming up with some big scheme to hurt somebody… Ciara should have talked to me in Vermont, but she didn’t.”

As for where she stands with Austen, Lindsay revealed that “more has happened” since his WWHL appearance, where he declared Ciara was a better kisser than Lindsay — as Lindsay sat in the front row of the audience.

“Him commenting on Instagram, or him telling more lies, I’m just like, ‘Dude, come on. When are you just going to stop putting your foot in your mouth and just stop?'” Lindsay explained, describing Austen as an “acquaintance.”

“It’s unfortunate. But listen, when people show you their true colors, you have to pay attention to them and adjust,” she stated.

Moving on to the criticism surrounding her hot girl summer, Lindsay said the sneak peeks shared by Bravo don’t properly explain how upset she was about her castmates’ questions regarding how her approach to dating may have been linked to her past miscarriage.

“First of all, it was just this constant laying into Lindsay. Second of all, I don’t like the idea of, ‘Oh, I’m a concerned friend. I’ve never seen you this single.’ Well, that’s because you don’t hang out with me… What am I supposed to do? Am I supposed to sit on my couch and not put myself in a situation to potentially meet somebody?” she wondered. “That’s just not who I am and how I operate, and I thought it was extremely unfair to attempt to connect dots. That said, ‘Hey, because you had a miscarriage and you’re single and dating, is there something wrong with you?’ It was just really sad that they were connecting dots that were completely unrelated in my opinion.”

“I think for women who go through having a miscarriage, it affects everybody in a different way,” she added. “For me, I was like, OK, I’m just going to focus on myself, have as much fun and meet as many potential suitors and not get stuck on one of them.”

Also during the interview, Lindsay opened up about her relationship with boyfriend Carl, who she’s been dating for about nine months, saying that his sobriety (Carl recently celebrated his one-year sobriety anniversary) changed things between them for the better.

“I think the biggest difference with him is his sobriety has allowed him to be OK feeling emotions and accepting my love and giving his love,” she revealed. “He is a better boyfriend than I could have ever imagined him to be… It makes me tear up a little bit,” Lindsay admitted. “He’s the best. He’s the sweetest. I don’t even know how to explain it.”

Looking forward to their future, Lindsay said she and Carl are hoping to find an apartment. And if they do, fans could see them moving in together on Summer House‘s potential seventh season.

“If we decide to buy an apartment, by the time we close on that would probably be over summer. So, you guys would watch that,” she shared.