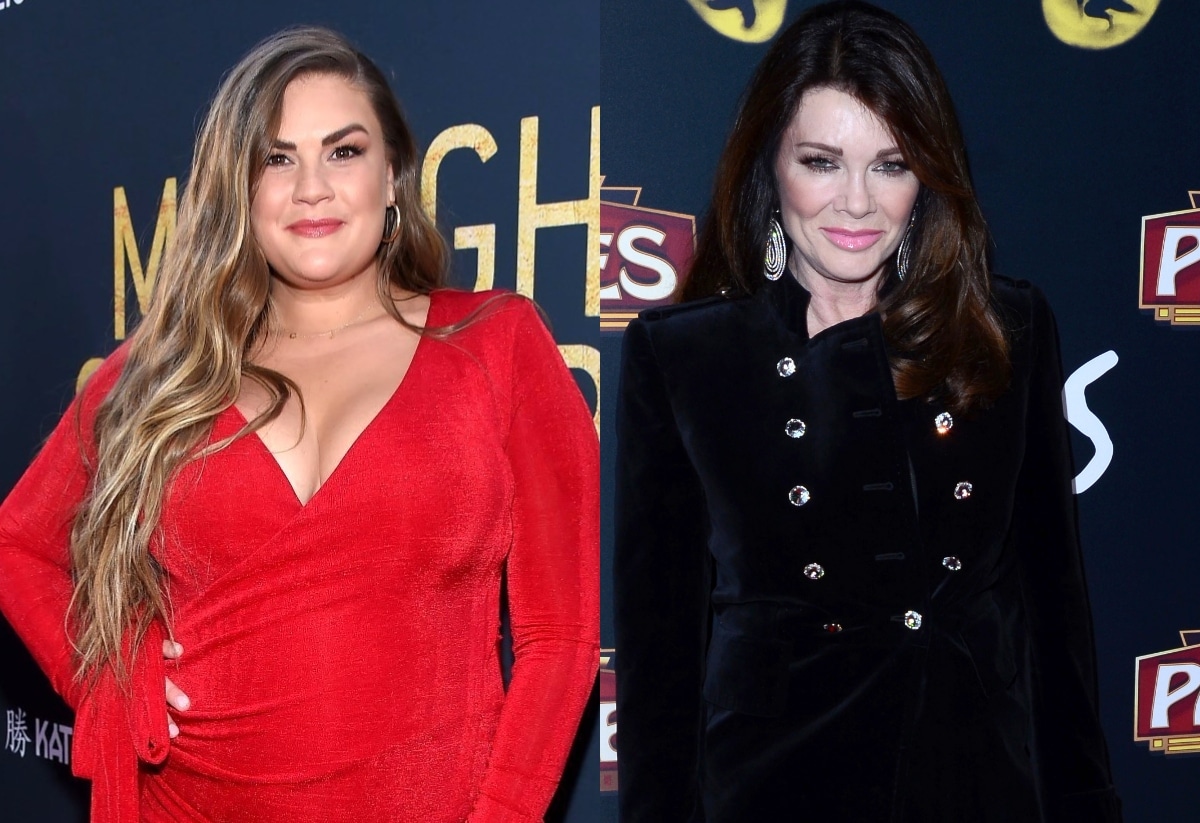 Brittany Cartwright is no longer in touch with Lisa Vanderpump.

While appearing as a guest during Lala Kent’s April 28 tour date for her podcast show, Give Them Lala Live, which was held at the Irvine Improv in California, the former Vanderpump Rules cast member responded to a question from an audience member, who wanted to know if Lisa was “cool” in real life.

“I wish she still talked to me after I was off the show,” Brittany admitted, according to a recap shared on Reddit.

Although Brittany (who was joined by Kristen Doute and Katie Maloney) and the other ladies allegedly made a face at the thought of Lisa being “cool,” Kristen reportedly took things one step further, suggesting that the only respect she has for Lisa is as a businesswoman.

As Pump Rules fans well know, Brittany wasn’t fired in June 2020 when Bravo cut ties with Kristen and Stassi Schroeder after learning they had mistreated Black cast member Faith Stowers and made racially-charged allegations against her. Instead, she announced her departure from the show in December 2020 as husband Jax Taylor revealed he would not be going back. However, while Jax insisted it was their decision to leave, Lisa hinted they were fired.

As the podcast tour date continued, another audience member asked Lala and her guests about the swirling rumors about Vanderpump Valley, which Andy Cohen accidentally referred to while welcoming Lala to Watch What Happens Live last month.

In response, as revealed in the Reddit thread, the ladies seemed thoroughly confused before shutting down the spinoff rumors as false, much like Lisa did last week.

Also on the tour, Lala said Katie is having more luck than her when it comes to dating and joked that she was actually amused by ex-fiancé Randall Emmett‘s feud with 50 Cent years ago.

Last February, during a chat with his fans and followers on Instagram Live, Jax said he had spoken to Lisa just “once” since he left the show.

“Everybody I talk to, nobody’s heard from her. She doesn’t reach out. I’ve done my part. I’ve reached out,” he revealed.

In August of that same year, while chatting with TooFab, Lisa confirmed she had sent gifts to Jax and Brittany’s son, Cruz Michael Cauchi, who was born that April.

“I’ve definitely reached out to and sent them baby gifts because they were part of our family,” she shared. “I had things embroidered with the name Cruz and sent to them.”