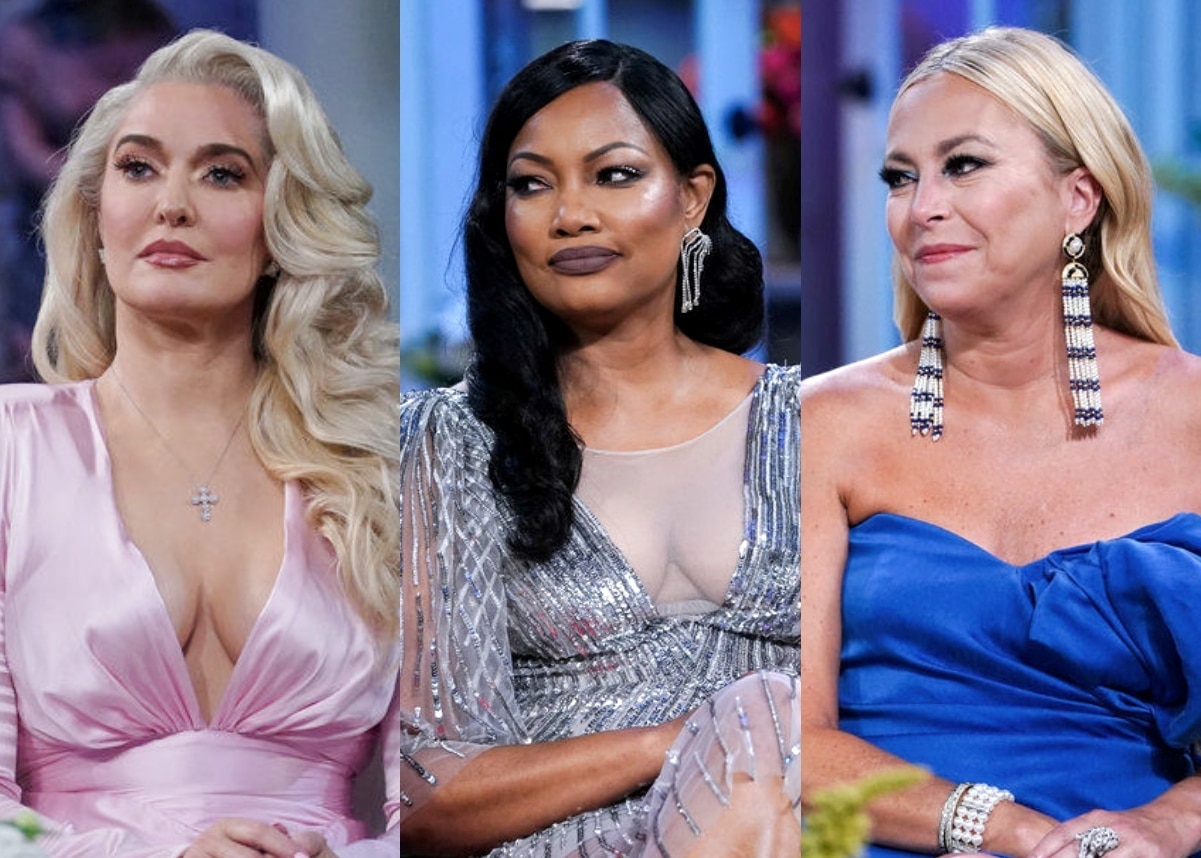 Erika Jayne is upset by her ongoing feud with Garcelle Beauvais.

During a couple of new interviews, the Real Housewives of Beverly Hills cast member is opening up about the unfortunate evolution of her relationship with Garcelle, explaining what prompted Garcelle to suggest she was making herself look bad, and clapping back at Sutton Stracke‘s suggestion that she needs to date rich men.

“When [Garcelle] came to the group, I was really excited and she even said, ‘Erika was the most welcoming,’” Erika revealed on the May 17 episode of Us Weekly’s Getting Real with the Housewives podcast. “It’s upsetting to see that Garcelle is resistant to what I’ve been trying to say and has gone the other way and that’s her opinion and she has every right to do that, but I have every right to feel how I feel about it.”

As RHOBH fans may recall, Erika and Garcelle’s feud was confirmed in January, when Garcelle unfollowed Erika, claiming she did something she “didn’t like.” Then, months later, after Garcelle promoted her book, Love Me As I Am, with a clip that featured her shading Erika, saying, “I don’t have to make you look bad, you can do that on your own,” Erika shared a video of the book in a garbage bin.

As for what prompted Garcelle to make the statement about Erika looking bad, Erika said, “I was just asking her if it would be convenient for her to say, ‘Erika has a problem.’”

During another interview, Erika reacted to comments Sutton made on the premiere episode of season 12, in which she suggested Erika was on the hunt for a sugar daddy while she didn’t have to target rich men.

“Good for her. I don’t either. And if that’s what I wanted to do I would and would have already done it. Believe me, I’ve been offered. But that’s not where I’m at in life to be perfectly honest,” Erika revealed to E! News.

Continuing on about her love life, Erika said, “I’m available.”

“I’m just getting back out there, it’s awkward. Hook me up. I’m not on dating apps because I’m afraid of strangers, so it has to be somebody who knows somebody,” she explained.

As she hopes to find love amid her legal drama and divorce from Thomas Girardi, Erika has returned to making music.

“I was in the studio over the weekend so it’s coming,” Erika teased. “I actually was recording and then jumped on a plane to get here. It’s happening!”

“It’s songs, so it’s more than one,” she added. “I think the last two years have been the inspiration. If you can’t get inspired by that disaster, you should probably quit.”