Home Real Housewives of New York City News Leah McSweeney on Why RHONY Fans Turned on Her, Surprising Status With Eboni, and Drama With Sonja, Plus Bethenny’s Role in Casting and Favorite Housewife

Leah McSweeney on Why RHONY Fans Turned on Her, Surprising Status With Eboni, and Drama With Sonja, Plus Bethenny’s Role in Casting and Favorite Housewife 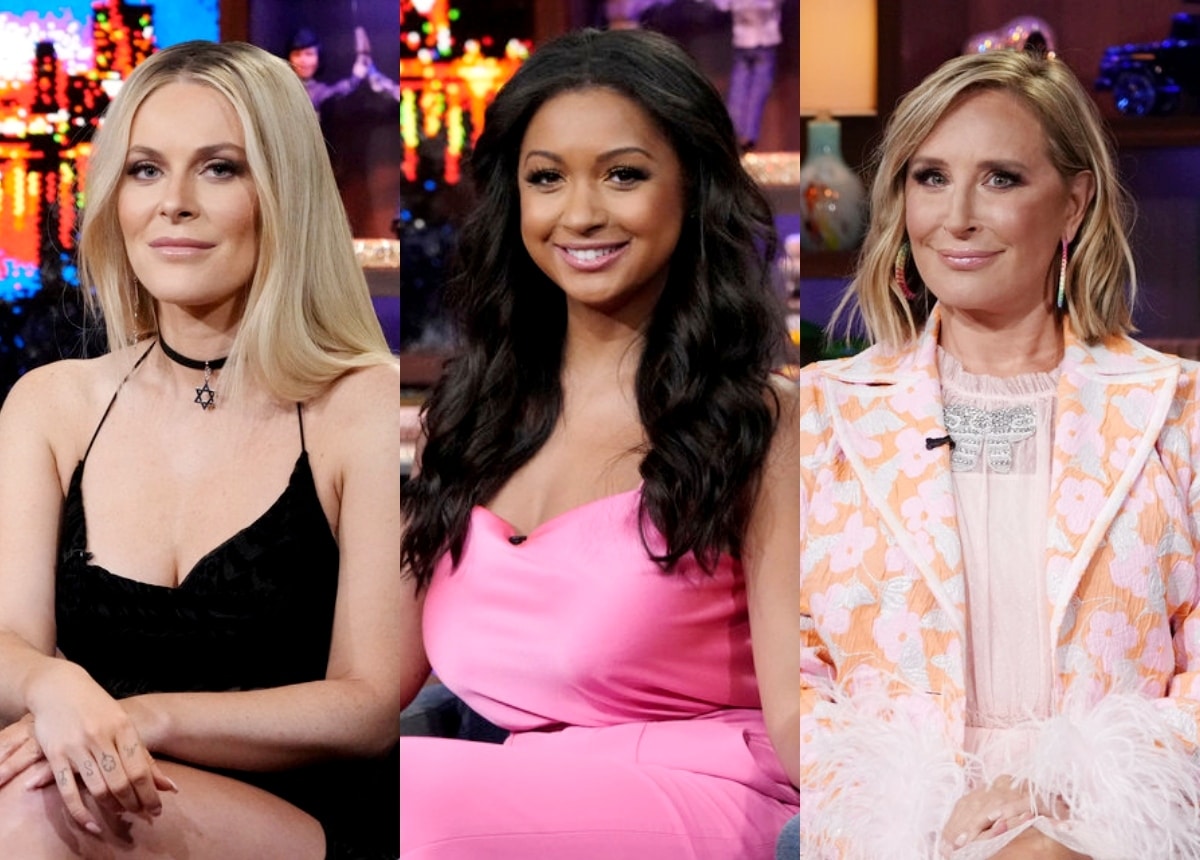 Leah McSweeney is speaking out about fans’ dramatic reaction to her persona on The Real Housewives of New York City.

After quickly going from fan-favorite to series villain, an evolution that Andy Cohen said he’s never seen before, Leah admitted that while she doesn’t “know what [she] did” to get on the bad side of fans, she has an idea about why they were so upset with her — and the way the season played out as a whole.

“I have a theory that people were so upset about the show last season because it wasn’t fun and light and whatever escapism that they wanted and they pinned it on me. Why? I have no idea. Because I wanted to have fun,” Leah revealed on the May 23 episode of the Two T’s in a Pod podcast.

Although Leah wanted to have a good time, she didn’t feel season 13 was the time or the place.

According to Leah, she has no regrets about the season but wishes producers showed the full story of the grief she went through after the death of her grandmother.

Another Real Housewives star who has been faced with backlash on their respective show is Real Housewives of Beverly Hills star Erika Jayne, who was beloved by many before being hit with a legal nightmare in late 2020.

“Everyone used to love Erika. Now everyone hates Erika. It’s crazy,” Leah said of the change. “I feel terrible for her. It’s not even about did she do this or did she not do this. I don’t get pleasure out of watching someone’s life go through something bad.”

When Leah first joined the RHONY cast, she said “there [were] multiple things going on” with the cast, which made for a good season. Then, looking back at her second season, season 13, she said the episodes were “a sh-t show.”

The season was so much of “a sh-t show” that Bravo ultimately decided to recast the series completely, while also launching a Legacy series with former cast members. And while discussing the spinoff, Leah admitted that she’s “not sure” who will be involved.

“If they keep you, they’re going to keep you on the new one. They’re not going to put you on the Legacy. You weren’t on long enough to go to Legacy,” host Tamra Judge said in response.

As it stands today, Leah remains in touch with many of her former co-stars.

“I haven’t talked to [Eboni K. Williams] in a while. [But] I talk to [Luann de Lesseps]. I talk to [Tinsley Mortimer]. I talk to [Dorinda Medley]. [Ramona Singer], I talk to once in a while,” she revealed. “I don’t keep in touch with her but we’re fine… [Sonja Morgan] I’ve lost touch with.”

“I actually am like annoyed, I mean, not like I would harbor resentment or whatever. Like, I’m over it. But she said all this nasty stuff about me and Tinsley in the Diamonds and Rosé book,” Leah continued of Sonja. “She basically used it as a way to just like sh-t on Tinsley and that pissed me off.”

As for where Sonja and Tinsley’s issues stem from, Leah said she believes “it’s jealousy.”

“It’s absolute jealousy because Sonja was married to a Morgan. She wanted that lifestyle so badly and Tinsley is from that. That’s her life,” Leah explained.

Leah went on to reveal how Bethenny Frankel was involved in her casting, noting that Bethenny began following her after she named her now-ex-husband, Jason Hoppy, as her “F-ck Boy of the Week.”

“I followed her back… I think she was happy [about it],” Leah shared.

“I think she was pretty happy that I was like, ‘He’s the bad guy,’” Leah responded.

And one year after the mutual follows, Leah’s facialist, who also works with Bethenny, contacted her.

“She was like… ‘Bethenny is one of my clients. She wants to know if she can give your name to the casting people,’” Leah recalled.

But Leah didn’t initially feel she was a good fit, noting that she told the person, “Yeah sure… Why are they going to cast me? I’m not rich. I’m not their age. I don’t go to the Upper East Side. I’m nothing like them. I don’t see how this could ever work, ever.'”

“Did she have a great season this season? Did she do all things that I’m like, ‘I love you for this?’ No. But what she’s given us is crazy,” Leah reasoned. “There’s no other scenes that make me cry out of all the franchises, when I see the montage of her dad and her mom and everything, moving out of the house, I cry. Her coming home from prison?”