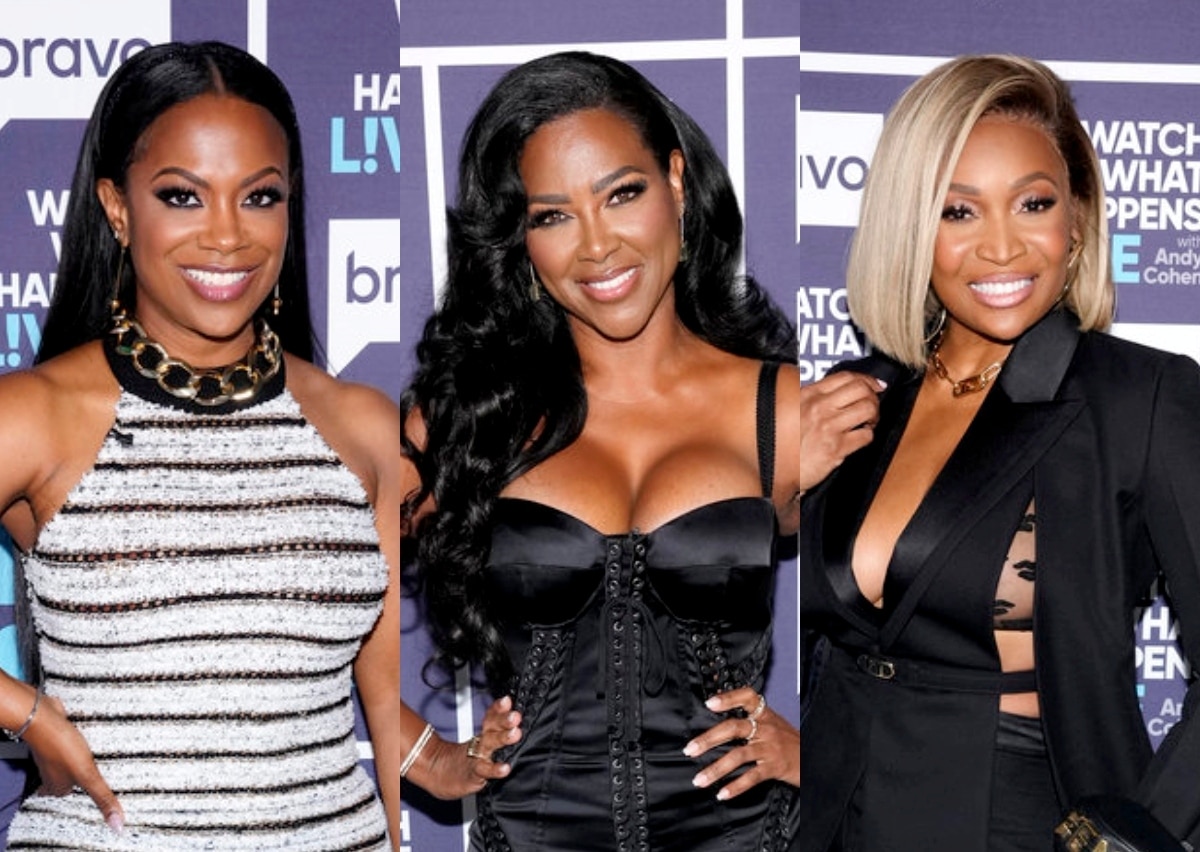 Kandi Burruss and Kenya Moore took to Twitter amid Sunday night’s new episode of The Real Housewives of Atlanta to react to shade thrown by Marlo Hampton, who shaded them as “hoes” on the show.

After watching as Marlo told Sheree Whitfield that Kandi f-cks everyone and dates below her tax bracket before taking aim at Kenya, who she alleged screwed many a rapper but failed to secure a ring, Kandi and Kenya fired back at the newly upgraded cast member of their show.

“Marlo loves calling Kandi a hoe as if she made any of her money off talent. And Sheree … Girl … are you really in a position to talk? These women are a trip,” a fan wrote amid the June 12 episode of RHOA. 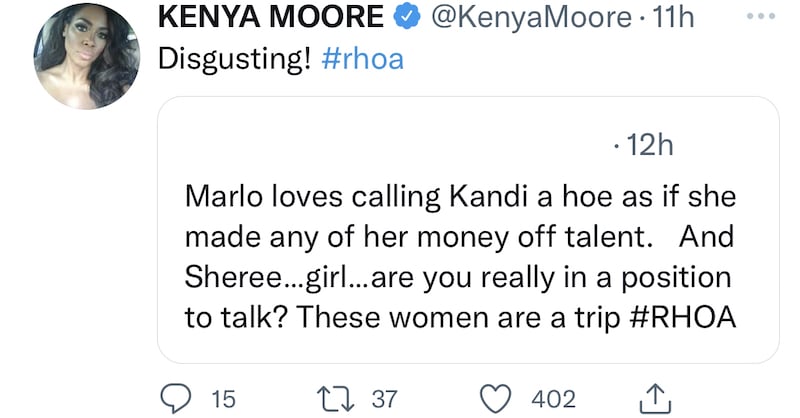 Kandi, meanwhile, seemingly shaded Marlo for choosing to ignore her own storyline on the show while focusing on her.

Continuing on, Kandi appeared to call out Marlo for hypocrisy after watching her discuss her sex life on the show.

“Look who brings up sex now,” she said.

Marlo got in on the Twitter drama as well, suggesting that while she has a “heavy tongue,” she is responsible for keeping the show “juicy” and maintaining her co-stars’ paychecks.

“Keep watching because the lady with the heavy tongue is keeping everybody storyline juicy and paychecks coming in!” Marlo proclaimed.

But with a similar statement, Kandi seemingly expressed that the only storyline Marlo is keeping juicy is hers.

“Keep watching this season because the lady with the heavy tongue keeps my name in her mouth!” Kandi stated.

Also on Twitter on Sunday, Marlo reacted to Kandi’s suggestion that she was more concerned with her private regions than her doctor.

“Someone is worried about my anatomy and sexual history more than my gynecologist this season,” Kandi shared. 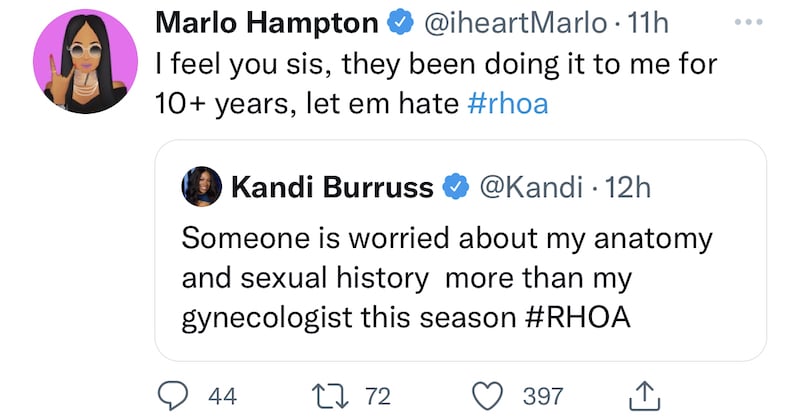