Home Vanderpump Rules Vanderpump Rules’ Ariana Madix on Where She Stands With Lala, Stassi’s Wedding Drama, and the “Emotional Turmoil” Between Katie and Tom, Plus Talks New Podcast

Vanderpump Rules’ Ariana Madix on Where She Stands With Lala, Stassi’s Wedding Drama, and the “Emotional Turmoil” Between Katie and Tom, Plus Talks New Podcast 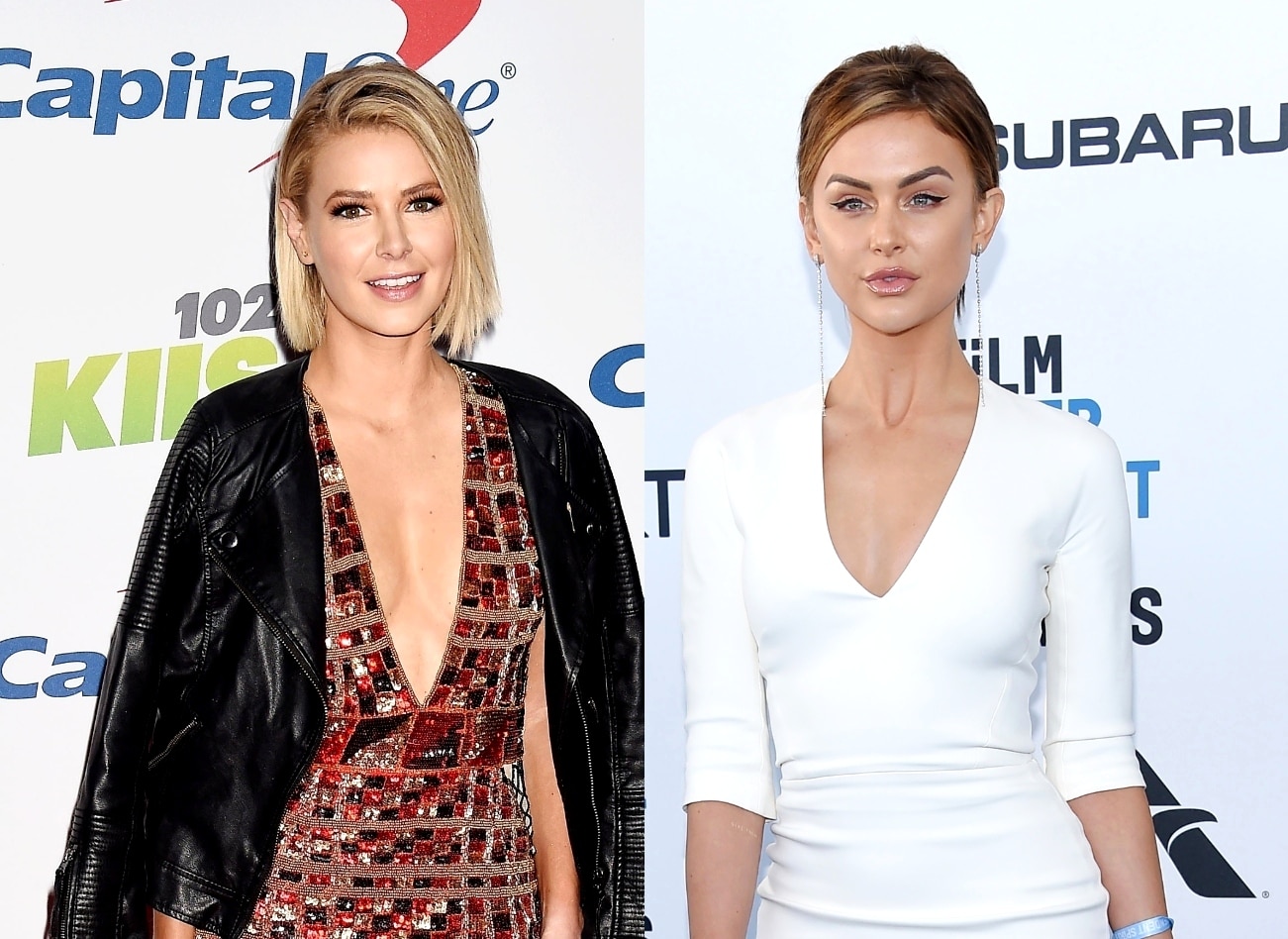 Ariana Madix opened up about her current relationship with Lala Kent in a recent interview.

Ahead of filming on Vanderpump Rules season 10, Ariana revealed where she stands with her on-again, off-again friend while also addressing the drama surrounding Stassi Schroeder and Beau Clark‘s wedding, the tension between Katie Maloney and Tom Schwartz, and her new podcast.

“We’re in an ‘up’ right now,” Ariana confirmed of herself and Lala during a June 21 interview with Access Hollywood.

“I think that’s one thing with me and Lala over the years is that we love hard and we fight hard with each other … When we are together we have a really fun time, and we can have really wonderful times together, and I always want her and her daughter Ocean to be happy and healthy, and I want good things for them,” Ariana continued.

But, as Ariana noted, she and Lala have also had some not so good times, typically after “me or her says something that the other doesn’t like.”

“We address it [and sometimes that gets, you know, to be yelling at each other, but at least we work through our stuff, I guess,” she reasoned.

As for Stassi’s wedding, from which a number of Pump Rules stars were uninvited, Ariana said she wasn’t surprised she was not included on the guest list.

“Stassi had made major plans for her originally wedding, so this was just like a party, I guess, but she wanted to pair it down to 35 people, so once it went from regular wedding size to 35 people size, you know, it’s fine,” Ariana stated.

And while she didn’t directly address the rift between Stassi and Brittany Cartwright, who allegedly ditched her wedding at the last minute, Ariana admitted that her co-stars’ drama is “always” so much to keep track of.

As she and her castmates prepare to begin filming on season 10, Ariana said that while there is some “emotional turmoil” between Katie and Tom, who announced plans for divorce in March, it is also “very clear” that the ex-couple really does “love and care” about one another and wants to “maintain a friendship.”

“I definitely think that there’s been, with them moving out of their house, and I know it’s a lot of emotional turmoil and stuff … I can only imagine what they’re going through, but I always just want them both to know that they’re loved and have them both feel included and hopefully I can play almost a cheerleader when we hang out,” she revealed.

Also, during the interview, Ariana opened up about her “cozy” new podcast, Dear Media’s Earth to Ariana.

“I really just wanted to connect with people and it’s something that I’ve been working on through the pandemic … Not being able to be out and about and meeting people, meeting fans of the show, meeting fans that would come into the restaurants, I really wanted this to be almost a way to recreate that, and I’m really hoping that through me talking to people that I’m a huge fan of and then getting to talk to people who maybe are a fan of me or that person as well, that we can all connect,” she explained. “I really want it to feel like we’re all just at a sleepover.”

As for whether her Pump Rules castmates would appear on Earth to Ariana, Ariana said, “Possibly. Never say never.”

Vanderpump Rules was renewed for a 10th season in May but has not yet begun filming, as Ariana confirmed.