Home Real Housewives of Beverly Hills News RHOBH’s Sheree Zampino on Why Kyle Richards Needs to “Sit Down,” Fears for Garcelle Friendship, and Kathy’s Alleged Slur, Plus If She Wants a Diamond

RHOBH’s Sheree Zampino on Why Kyle Richards Needs to “Sit Down,” Fears for Garcelle Friendship, and Kathy’s Alleged Slur, Plus If She Wants a Diamond 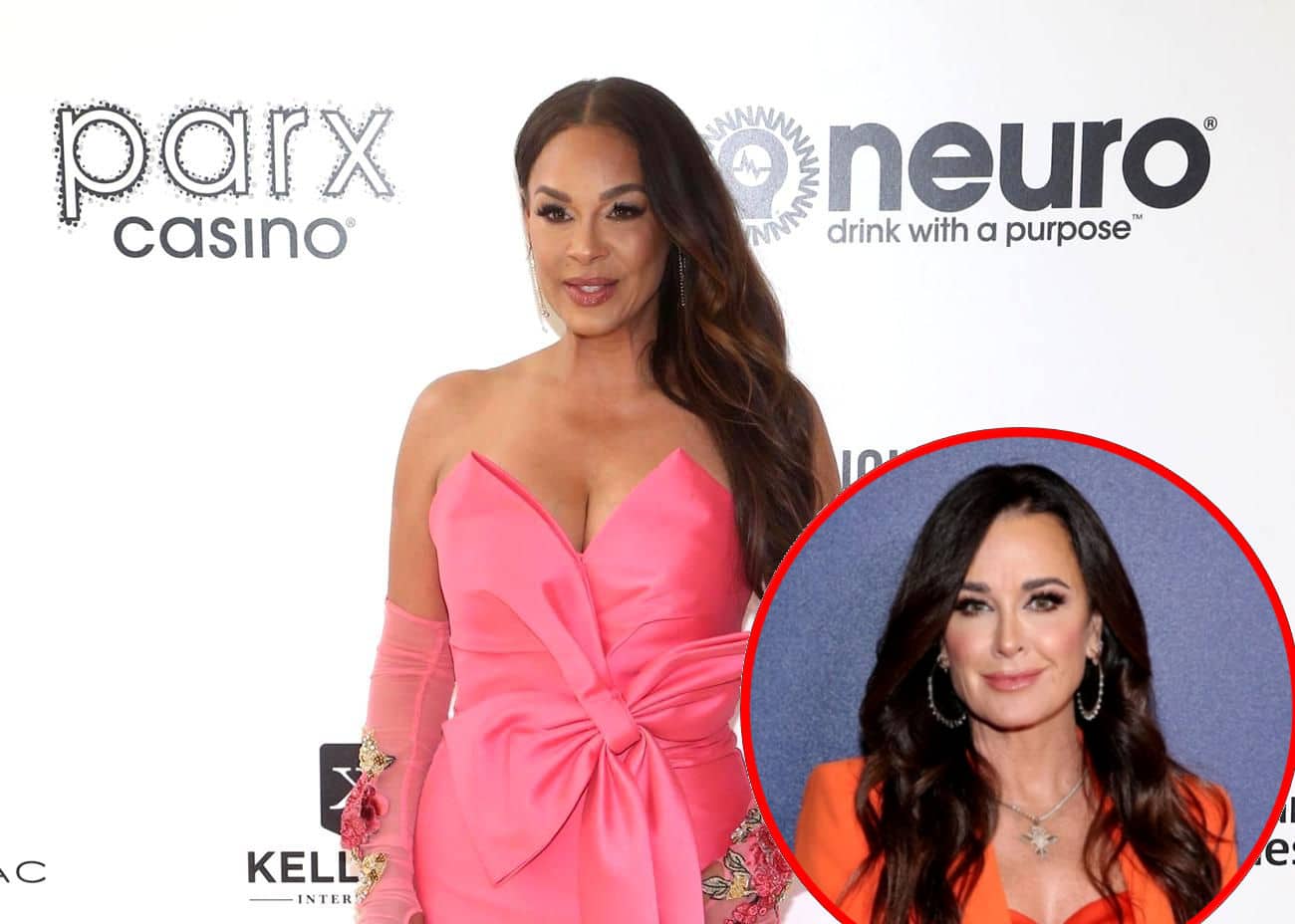 Sheree Zampino has taken issue with a particular habit of Kyle Richards.

While appearing on a podcast on Monday, Sheree, who joined the cast of The Real Housewives of Beverly Hills as a “friend” for season 12, explained her frustration with Kyle before admitting to having fears for her friendship with Garcelle Beauvais, addressing Kathy Hilton‘s alleged use of a slur in Aspen, and more.

“I like Kyle. But sometimes I think Kyle needs to sit down somewhere,” Sheree admitted on the August 1 episode of Behind the Velvet Rope With David Yontef.

According to Sheree, she believes that because Kyle has been with the show since it began, she’s prone to acting like a “moderator” even when her input isn’t needed.

“There was a scene with [Diana Jenkins] and [Sutton Stracke]. Why, why are you even here?” Sheree wondered, giving a nod to Diana and Sutton’s ongoing feud. “Sometimes you need somebody to come in and be a moderator. And I mean, she’s got the experience… the knowledge and the information, but it’s not always necessary. We don’t always need a moderator.”

As for her friendship with Garcelle, Sheree admitted to feeling concerned due to the many friendships that have ended on the show in the past.

“I’ve definitely thought of that for sure. But I don’t put a lot of energy into it,” Sheree explained, adding that she has a “strategy” for staying on good terms.

While Kathy’s supposed use of a slur in Aspen made headlines earlier this year, with the remaining episodes of season 12 expected to shed some light on the situation, Sheree said she wasn’t around when the alleged incident occurred.

“I was in my bed in Aspen sleeping soundly. Garcelle and I had the foresight to take our butts back to the house,” Sheree revealed. “So I don’t know… I don’t know how that’s gonna play out.”

Sheree also missed Erika Jayne cussing at Garcelle’s 14-year-old son because she left her birthday party early. That said, she had some strong feelings about the encounter.

“If it were Trey it would have been a different scene. Cause I like, I black out when it comes to my baby,” Sheree explained of her own son.

And while Sheree noted that Erika was “tore up from the floor up” and “letting her hair down,” she said she felt her apology was sincere.

“I think that she did not realize that, you know, they were as young as they were, which to me, it doesn’t even make a difference. Trey is 29. If you told him to F off, we’d still have, I still have an issue. So the age doesn’t really make a difference for me, it’s just completely inappropriate, but I think she owned it,” Sheree reasoned.

As the podcast episode continued, Sheree refused to answer a question about Will Smith, Trey’s dad, slapping Chris Rock at the Oscars, saying, “I’m not talking about this.” Then, she moved on to the idea of him and his wife, Jada Pinkett-Smith, watching RHOBH.

“I would hope not,” Sheree shared. “Everything is relevant, but I just, I don’t know how I feel about sending a text to Will and Jada saying you know, ‘I’ll be on the show in about four minutes. Can you watch?’… I don’t feel called to do that.”

“But you never know. I mean, that could be a secret obsession,” she added.

Sheree then admitted that when it comes to season 13, she hopes she’s upgraded to a full-time role.