Home Real Housewives of Beverly Hills News RHOBH’s Kathy Hilton on Where She Stands With Lisa Rinna, If She “Blocked” Kyle, and Erika’s Explanation for Wedding Absence, Plus Talks Denise’s Potential Return and Camille

RHOBH’s Kathy Hilton on Where She Stands With Lisa Rinna, If She “Blocked” Kyle, and Erika’s Explanation for Wedding Absence, Plus Talks Denise’s Potential Return and Camille 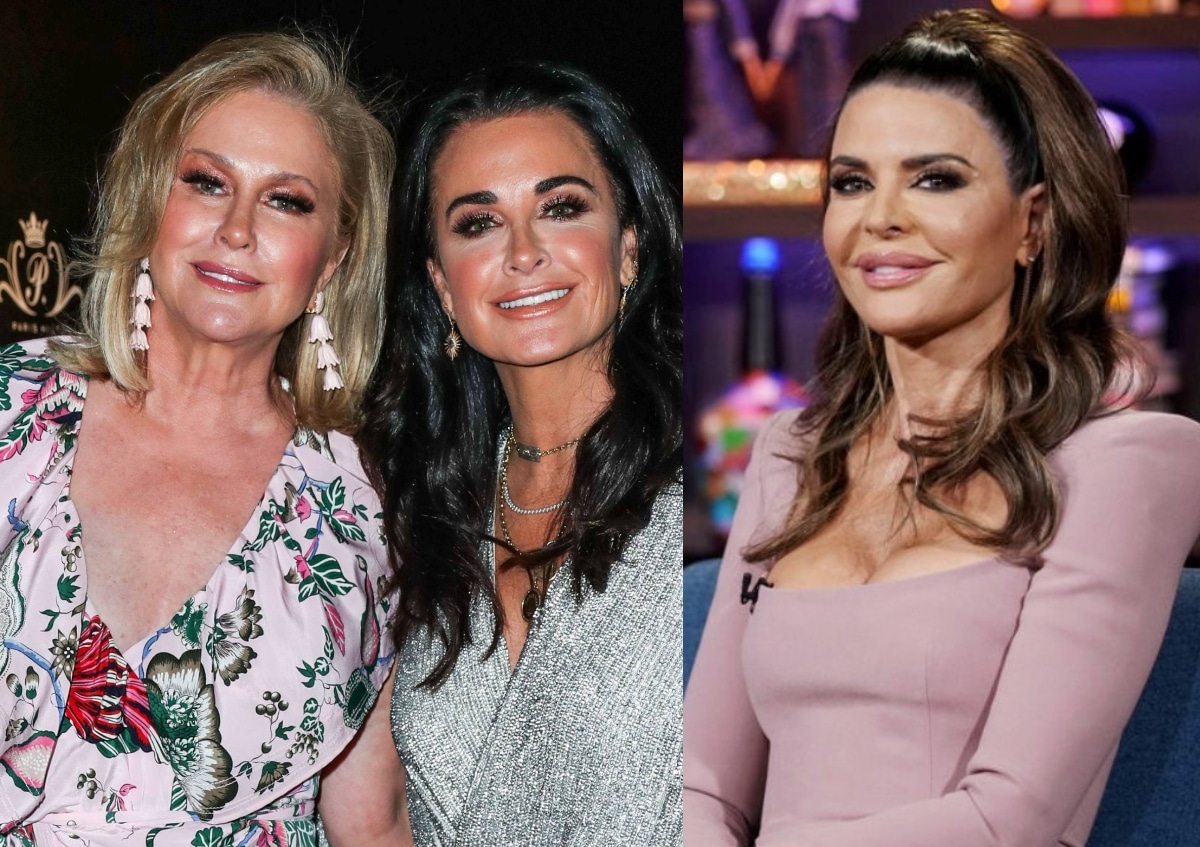 Kathy Hilton appeared on Watch What Happens Live on Wednesday night. And in addition to her confusion between Lizzo and Precious actress Gabourey Sidibe, which many deemed “messed up” and “ignorant,” she addressed a number of topics pertaining to The Real Housewives of Beverly Hills.

While appearing alongside Crystal Kung-Minkoff, Kathy shared where she stands with Lisa Rinna, who has been calling her out on social media for months. Plus, she also reacted to Erika Jayne‘s explanation for not attending her daughter Paris Hilton‘s wedding.

“I don’t think I’ve seen [Lisa] since [the MTV Movie and TV Awards],” Kathy said on the August 10 episode of WWHL. “But I’m always polite and whatever. She is too.”

Kathy also spoke of her sisters, Kim Richards and Kyle Richards, saying that she trusts “them both” before adding that Kim is doing “great” and responding to claims of having “blocked” Kyle.

“I don’t even know how to block,” Kathy insisted, adding that she’s never warned Kyle that one of her castmates could be a “liability.”

In addition to having good things to say about Erika, Kathy also gushed over new cast member Diana Jenkins.

“The times that I’ve been around her, I think she’s lovely. She’s sweet and I really enjoy her and I have to say, both of my daughters have only good things to say,” Kathy revealed.

Then, when Andy wanted her to spill the tea on Britney Spears‘ recent wedding, Kathy recalled spending time with Donatella Versace and Madonna.

“It was a very small group. Drew Barrymore… 49 people,” Kathy dished. “It was beautiful and he is very cute. Sam, oh my goodness. I met him once before. But this guy’s hot and they were having the best time.”

Later, on the WWHL: After Show, Kathy reacted to Denise Richards saying she’d love to film scenes with her in the future.

“I have met her. But she’s not on the show anymore so we can’t do any scenes together — unless she comes back, right? Oh she is gonna come back?” Kathy asked.

“No, no, no, she’s not,” Andy confirmed, going on to explain, “I think she was saying that she’d love to maybe be back and hang out with you.”

Also on the After Show, Kathy explained her connection to Camille Grammer.

“I knew her before, from the Hamptons. Before she moved out to L.A. I would see her there,” Kathy revealed.