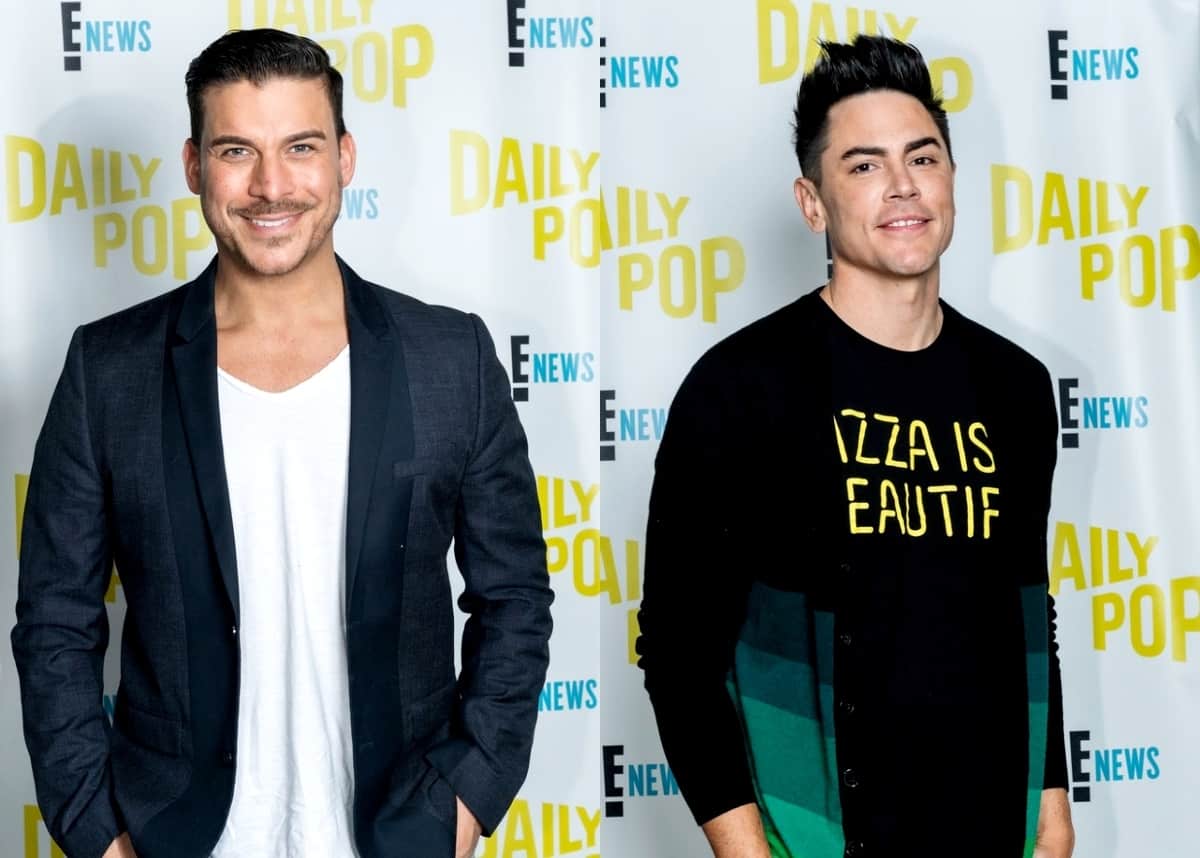 Jax Taylor and Tom Sandoval reunited earlier this week in Newport Beach, California, where past and present members of the Vanderpump Rules cast enjoyed a boat day and hosted a fun playdate for their children.

Just months after admitting he has “no ill will toward” Tom and wants “the best for him,” Jax shared a series of videos of their Labor Day festivities, which also included Scheana Shay, Brock Davies, Lala Kent, Brittany Cartwright, Raquel Leviss, and the kids of the cast.

In one of his September 5 clips, Jax gave his fans and followers a look at Tom and another man, who were standing together at a bar. 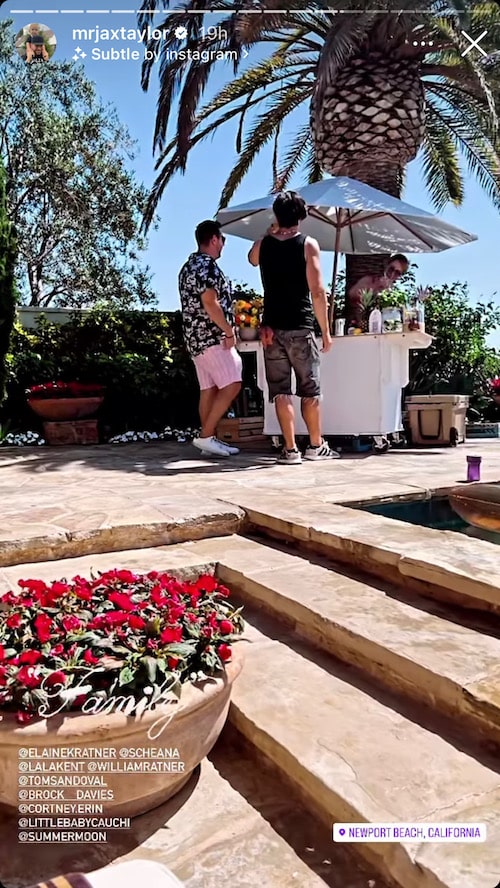 In other videos shared by Jax, Brock, who married Scheana in Mexico at the end of last month, was seen enjoying a drink in the pool as Brittany floated one-year-old son Cruz around on his back. 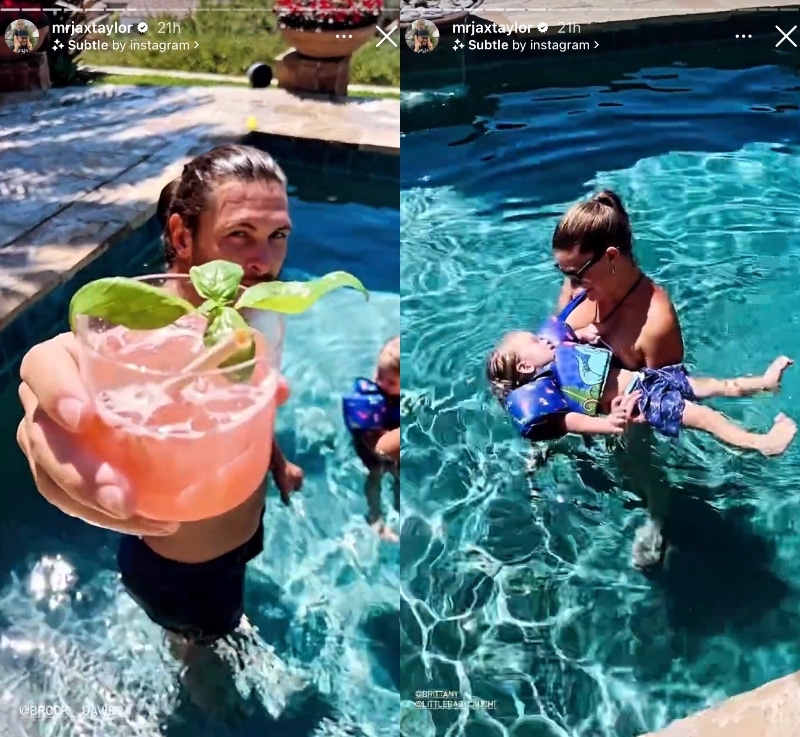 In another post shared by Jax, via Reddit, Lala was seen in a yellow bikini as Scheana stood behind her in black and Brittany sat with Cruz amid their boat ride. 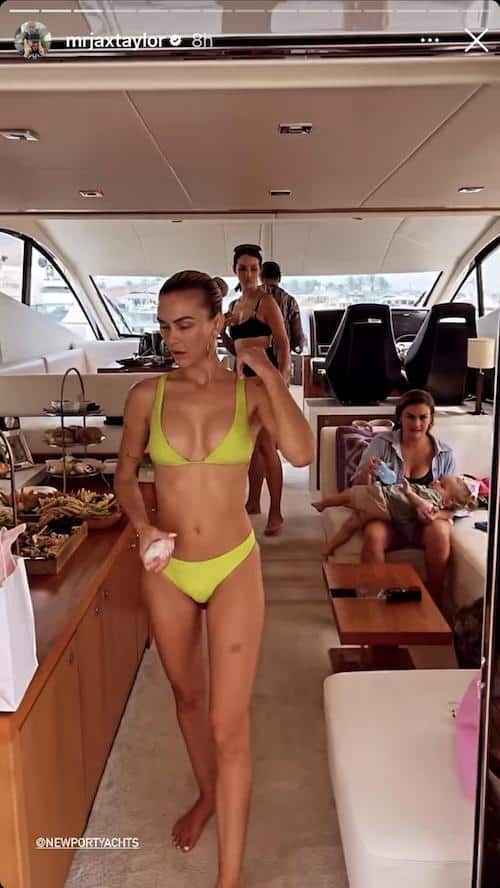 Jax also posted a video of Brittany and Cruz sitting on the front of the boat with Scheana and Brock seated nearby with their one-year-old daughter Summer Moon. 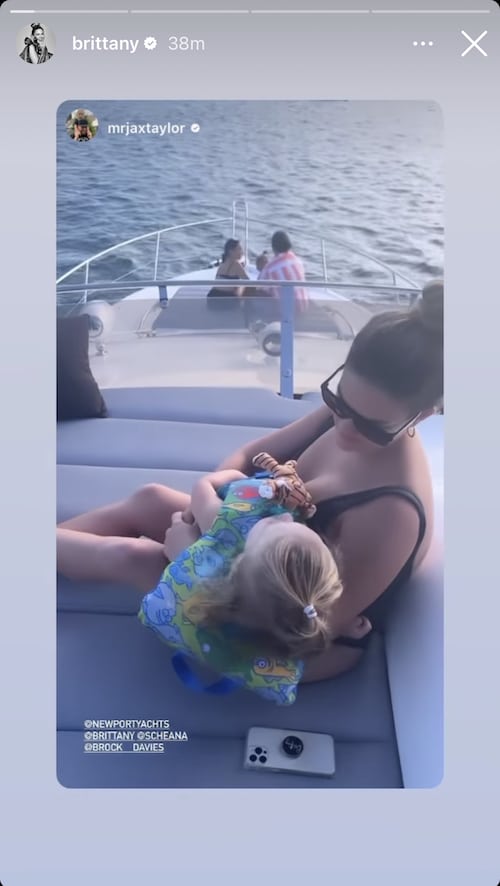 Meanwhile, in a series of clips shared on Lala’s Instagram Story, the babies, including her one-year-old daughter Ocean, who she shares with ex-fiancé Randall Emmett, were seen all together as they enjoyed a blowup pool field with toys. 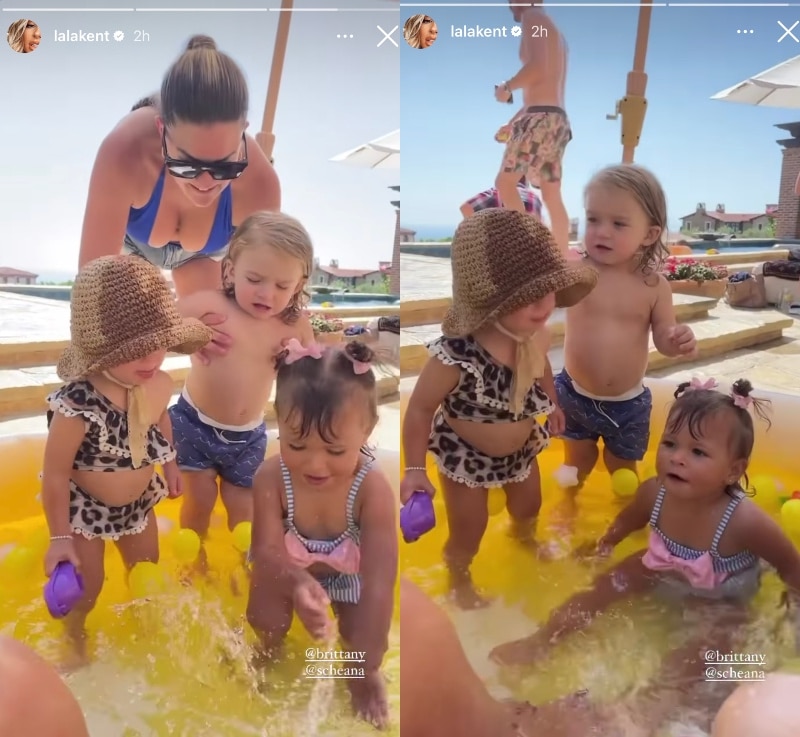 Earlier this year, while appearing on Watch What Happens Live, Tom was questioned about his relationship with Jax by Andy Cohen, who noted that the two of them “weren’t speaking” the last he had heard.

And during a Q&A in July, after one of his followers wanted to know when he and Tom were going to makeup, Jax clarified that they are no longer at odds.

“I have no ill will towards Tom. I wish the best for him and hope the best for him,” Jax explained. “We just are going different ways in our lives and this is just the path I chose. And that’s the path he chose. No harm, no foul. We see each other, we say, ‘Hi.’ That’s it.”