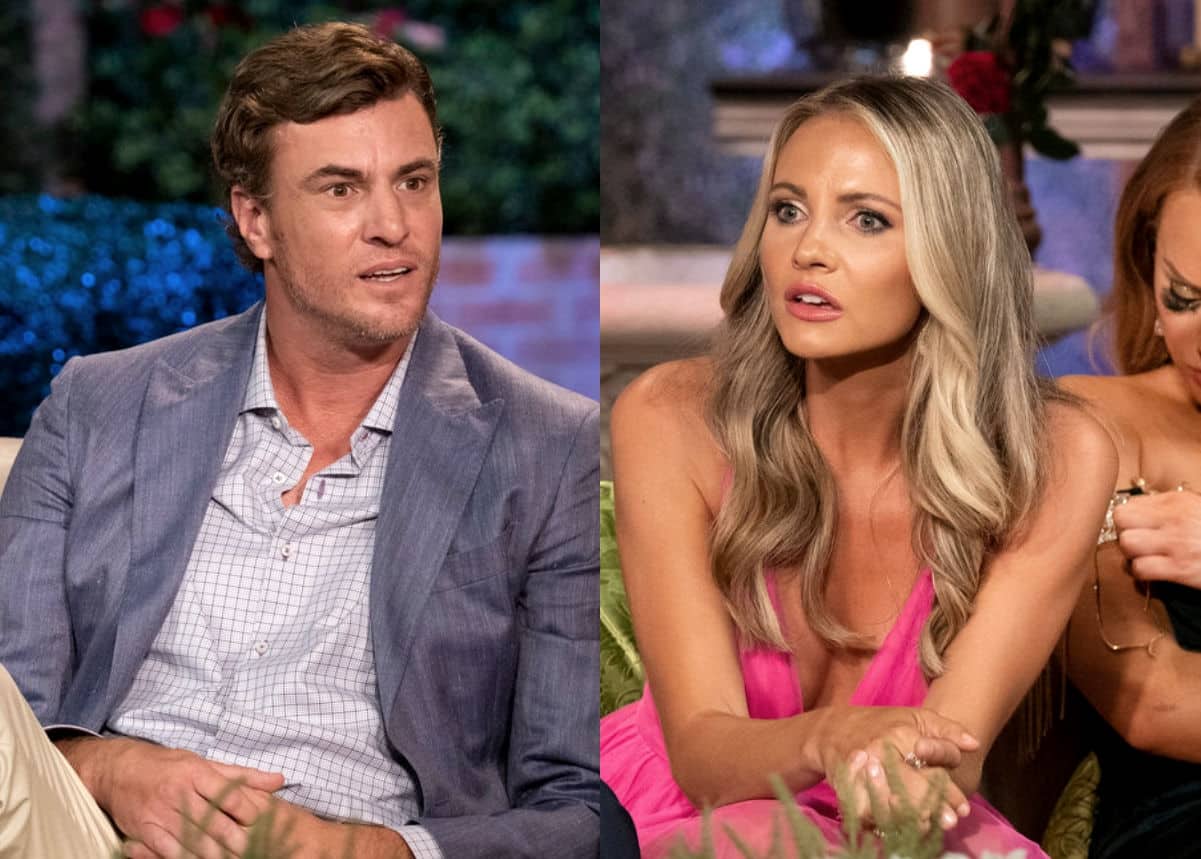 Taylor Ann Green stayed fairly silent about her July split from Shep Rose after it happened. But at the Southern Charm reunion, she didn’t hold back, accusing her ex-boyfriend of sleeping with hundreds of women as their co-stars looked on.

As Madison LeCroy caused a stir by seemingly applauding Austen Kroll‘s bedroom skills and suggesting his new flame, Olivia Flowers, previously hooked up with Kathryn Dennis‘ ex-boyfriend, Thomas Ravenel, and Craig Conover was confronted about his potential feelings for ex-girlfriend Naomie Olindo, Taylor burst into tears as she recalled how quickly Shep moved on from their two-year relationship.

“You f-cked another person in Texas, Shep. It’s been two months since we broke up,” Taylor exclaimed. “He f-cked allegedly over 300 whores. I was the whore that stuck around for long enough.”

As Taylor broke down, host Andy Cohen asked why she still cared.

“Because I f-cking love him,” she admitted.

As for Craig, he was seen facing off with Naomie over her hookup with Whitney Sudler-Smith.

“You just don’t hook up with people’s exes,” Craig, who has been dating Paige DeSorbo for the past year, said.

“Maybe you’re still in love with her?” Andy suspected before joking about how many times she had to sneak out of Patricia Altschul‘s house before breakfast.

Elsewhere in the trailer, Andy mentioned Austen’s skills in the bedroom, joking, “I don’t think anyone is surprised to learn that Austen is boring in bed,” before Madison set him straight.

“Something stuck me around for three years,” she replied.

Then, when the cast’s many hookups within their friend group were mentioned, Madison brought up Olivia’s supposed past with Thomas.

“I think Thomas and Olivia, right?” she asked.

But Olivia quickly shot her down, saying, “Sorry, did you just pull that out of your fake a– or what?”

“No, the a– is actually real,” Madison fired back as the ladies’ feud continued.

“F-ck you, Leva, and f-ck you, Venita, because then I saw what you said, which is a bold f-cking lie,” Madison said, seemingly signaling to Venita and Leva’s texts about her supposedly still having feelings for Austen.

Shortly thereafter, Leva was hit with the spotlight again as her blowout fight with Craig at his Sewing Down South holiday party on the finale was discussed.

“You went zero to 100,” Leva recalled to Craig as Andy asked him if he could “own” his “terrible” behavior.

“That is the real-life story!” he replied.

Also at the reunion, Kathryn confronted Naomie, who denied gossiping about her throughout the season.

“You said sh-t about me, point blank,” Kathryn insisted. “Let me voice what I feel.”