Home Southern Charm Southern Charm’s Olivia Flowers Shares Real Reason For Drama With Madison, Where They Stand, and Her Tension With Austen, Plus Ciara Hookup and Craig’s Mixed Messages

Southern Charm’s Olivia Flowers Shares Real Reason For Drama With Madison, Where They Stand, and Her Tension With Austen, Plus Ciara Hookup and Craig’s Mixed Messages 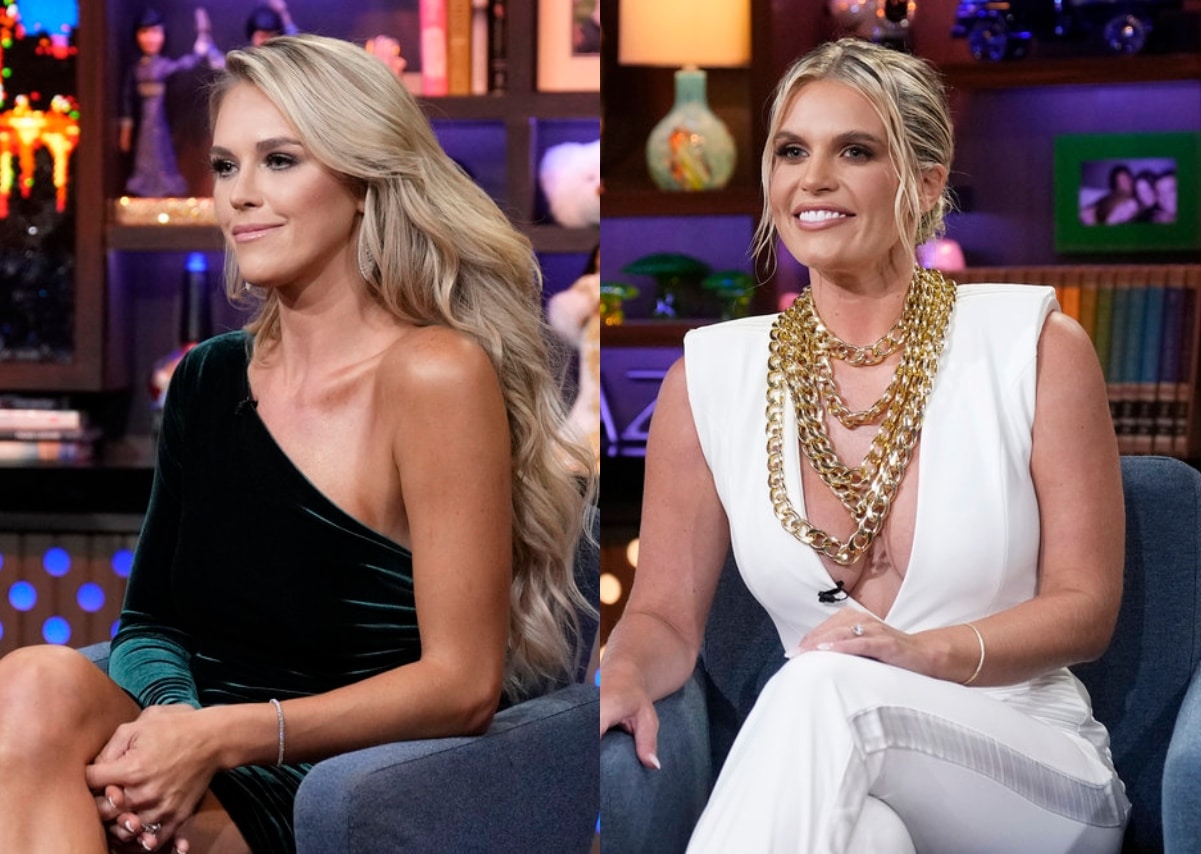 Olivia Flowers didn’t expect to have drama with Madison LeCroy when she joined the cast of Southern Charm for season eight, despite her relationship with Madison’s ex-boyfriend, Austen Kroll.

While appearing on a recent podcast, Olivia expressed shock at Madison’s mean comments about her before sharing where the two of them stand today, reacting to Austen Kroll‘s hookup with Summer House‘s Ciara Miller, and sharing her thoughts on Craig Conover‘s “mixed signals.”

“I thought everything was relatively fine. It wasn’t until Madison went and did her press tour and whatnot after [Watch What Happens Live] that I saw things that were said about me and Austen that took me back. I didn’t think she and I knew each other well enough to already have these problems,” Olivia explained on the September 7 episode of the Side Piece With Melissa Pfeister podcast.

And further shocking to Olivia has been Madison’s continuation of her trash-talking.

Although Olivia and Madison are both living in Charleston, Olivia said they never run into each other and haven’t seen one another since Leva Bonaparte’s birthday party in May, at which point they had a “relatively friendly interaction.”

“So again, another reason I was confused as to why there was anything [said]… It was just kind of confusing. I’m like, ‘I don’t think we need to have these problems, honestly,’” Olivia noted.

While some have suspected there may be lingering feelings between Madison and Austen, Olivia never went down that path.

“There really wasn’t ever a time that I questioned that. I just think they’re having to navigate being exes in such an odd way,” she explained. “Like, normally, when you’re an ex with someone, that’s it. Go your separate ways. So I knew it was a lot of that. I don’t feel like there’s lingering feelings, and I never really did, but it is weird. I mean, the interaction between exes and how often you have to be around each other and how much commentary they both have on each other, it’s just like, it’s new for me.”

Also new for her was having to relive difficult moments, including Austen’s hookup with Ciara.

“That part is tricky. You never get used to hearing yourself being talked about, whether it’s good or bad, so to do it on a show and really see people’s conversations, like, ‘Oh, that’s what going on,’ you know, he talks about, ‘Well I went out with Ciara because she took a date,’ I didn’t know those conversations were happening,” Olivia admitted. “So, of course, like, ‘Dude, you just told on yourself that you’re doing tit for tat.’ So it’s kinda weird. It like bums me out in real time, but I also know that was early on, and we were in a gray area.”

As for the drama between Craig and Naomie Olindo, Olivia said she and other members of the show often found themselves “confused.”

“Because as you see, one second Craig’s like, ‘I’m fine. We’re fine. I’m happy over here. She’s happy over there. I don’t care what she’s doing.’ And then the next scene, you see his reaction. So we’re all just [confused]. There’s a lot of mixed messages with Craig throughout the season, I thought, personally, and that was one of them,” she said of Craig’s reaction to Naomie’s hookup with Whitney Sudler-Smith.

As for her own reaction, Olivia said, “I had no idea. My mouth fell to the ground. Coming in new, I think Leva said it best: ‘I feel like I just found out two cousins are hooking up.’ I feel like that kinda resonated with everyone. But it’s not anything against Whitney or Naomie. It was just like, ‘What?’”