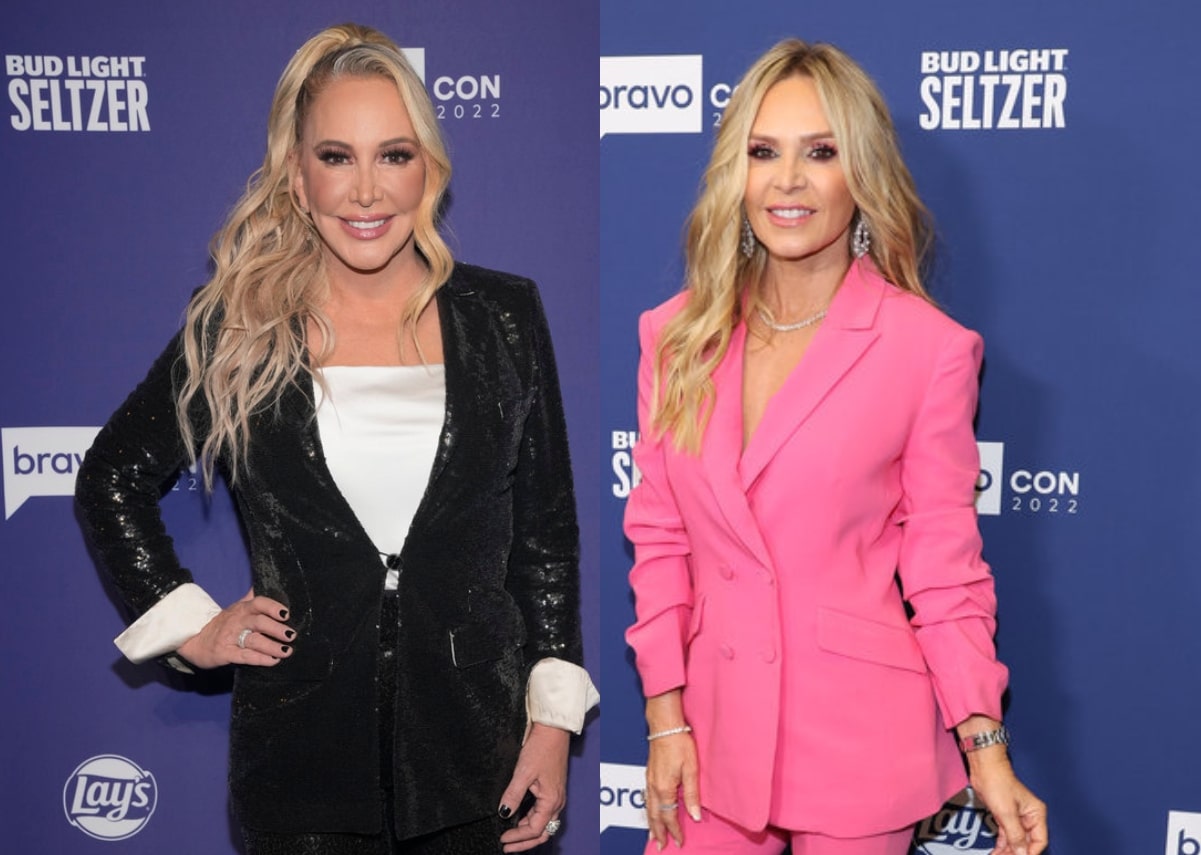 Shannon Beador wasn’t surprised to learn that Tamra Judge had claimed to have “saved” The Real Housewives of Orange County by rejoining the series over the summer for season 17.

While attending BravoCon on Saturday, Shannon reacted to her co-star’s comment while also addressing a number of other topics, including her current relationship with on-again, off-again bestie Vicki Gunvalson, her ongoing drama with Gina Kirschenheiter and Emily Simpson, and the back-and-forth of David Beador and wife Lesley Beador.

“I mean, that’s Tamra. I wasn’t surprised at all,” Shannon said of Tamra’s suggestion that she “saved” the show during an October 15 interview with Access Hollywood.

Then, when asked if Tamra came in like a tornado, Shannon replied, “Pretty much.”

“I think it’s a pretty intense start to the season,” she continued. “We are filming right now. I think we have three weeks left… It’s non-stop. There is a lot of, I hate to use the word drama, but there’s a lot of drama.”

Shannon also said the upcoming episodes will be “unexpected,” explaining, “I think a lot of things happen this season that you wouldn’t assume would happen. It’s full of surprises.”

As for Vicki, who was recently spotted filming with her and Tamra, Shannon said that while she and Vicki have had their “differences,” she’ll “always [have] a soft spot in [her] heart for Vicki.”

“We really haven’t even had the conversation yet, but I’m willing to overlook that, and we went out to dinner two nights ago, and I’ve been spending time with her here in New York and we’re having fun,” she confirmed.

Shannon is also continuing to have fun with boyfriend John Janssen, who she’s been dating since July 2019.

“It’s good,” she said of their romance. “He’s so supportive. He’s been with me the whole weekend.”

But the same can’t be said for Shannon’s relationships with Gina and Emily.

“I think every year it’s complicated with them,” she complained.

Luckily, Shannon does like the newest “friend” of RHOC, former Real Housewives of Beverly Hills cast member Taylor Armstrong, who is the first housewife to change shows.

“I like her. I really like her,” she gushed. “I’ve spent quite a bit of time with her and she’s really fun and sweet.”

During another interview with Entertainment Tonight, via Instagram, Shannon was asked if she’d had a laugh over the conflicting announcements Lesley has made in regard to her potential split from David.