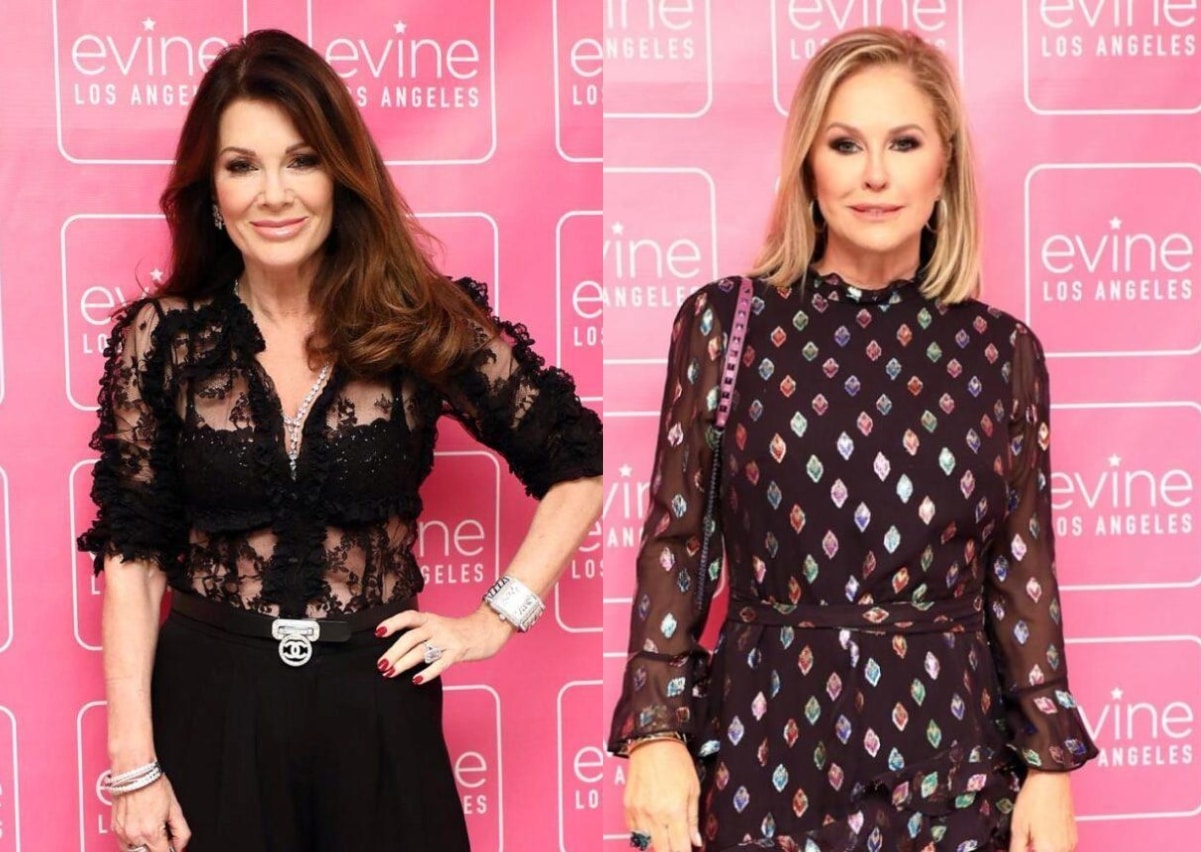 Lisa Vanderpump reached out to Kathy Hilton amid the 12th season of The Real Housewives of Beverly Hills.

Over the weekend on Twitter, as fans continued to discuss the drama that unfolded between Kathy and Lisa Rinna on recent episodes, Vanderpump was questioned by one of her followers, who wanted to know if the two of them had discussed their similar experiences on the show.

“Hey [Lisa Vanderpump] did you let [Kathy Hilton] know that you absolutely understand what she feels since you have experienced the same thing as she did?” the fan asked.

“Yes we are friends,” Vanderpump confirmed.

During the three-part RHOBH reunion special for season 12, Kathy accused Rinna of bullying a number of women off of the show, including Vanderpump. 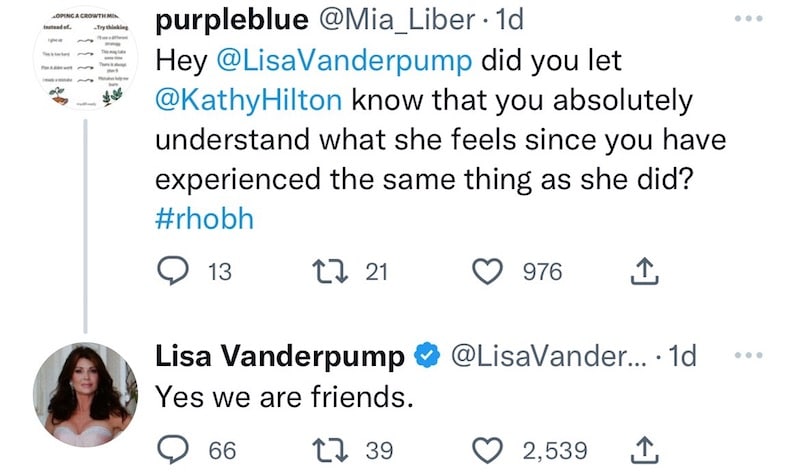 Just like Rinna targeted Kathy amid season 12, claiming her RHOBH castmate trash-talked her sister, Kyle Richards, and threatened to destroy her family amid a meltdown in Aspen, Rinna took aim at Vanderpump during the ninth season of the show, which ended up being Vanderpump’s last.

As fans will recall, Rinna and other members of the show accused Vanderpump of being behind the “Puppy Gate” scandal, which saw Dorit Kemsley face allegations of abandoning a dog she adopted from Vanderpump’s Los Angeles animal rescue center, Vanderpump Dogs.

In addition to maintaining a friendship with Kathy, Vanderpump has also grown close to RHOBH cast member Garcelle Beauvais in recent weeks, and she even gave her son, Oliver Saunders, a job at her Las Vegas restaurant, the Vanderpump Cocktail Garden.

But despite her relationships with the ladies of the show, Vanderpump recently told Page Six that she was not open to the idea of making a return to RHOBH, shading the reality show as a “nightmare.”

“I’m happy I left. I tried to leave three or four times,” she admitted. “I would never go back. That’s a hot mess that I could do without.”

No word yet on a start date for production on The Real Housewives of Beverly Hills season 13.