RHOSLC’s Meredith Marks on Real Reason She Can’t Move Forward With Lisa Barlow, What She Knows of “Favors,” and Justin Losing Job, Plus Last Time She Spoke to Mary 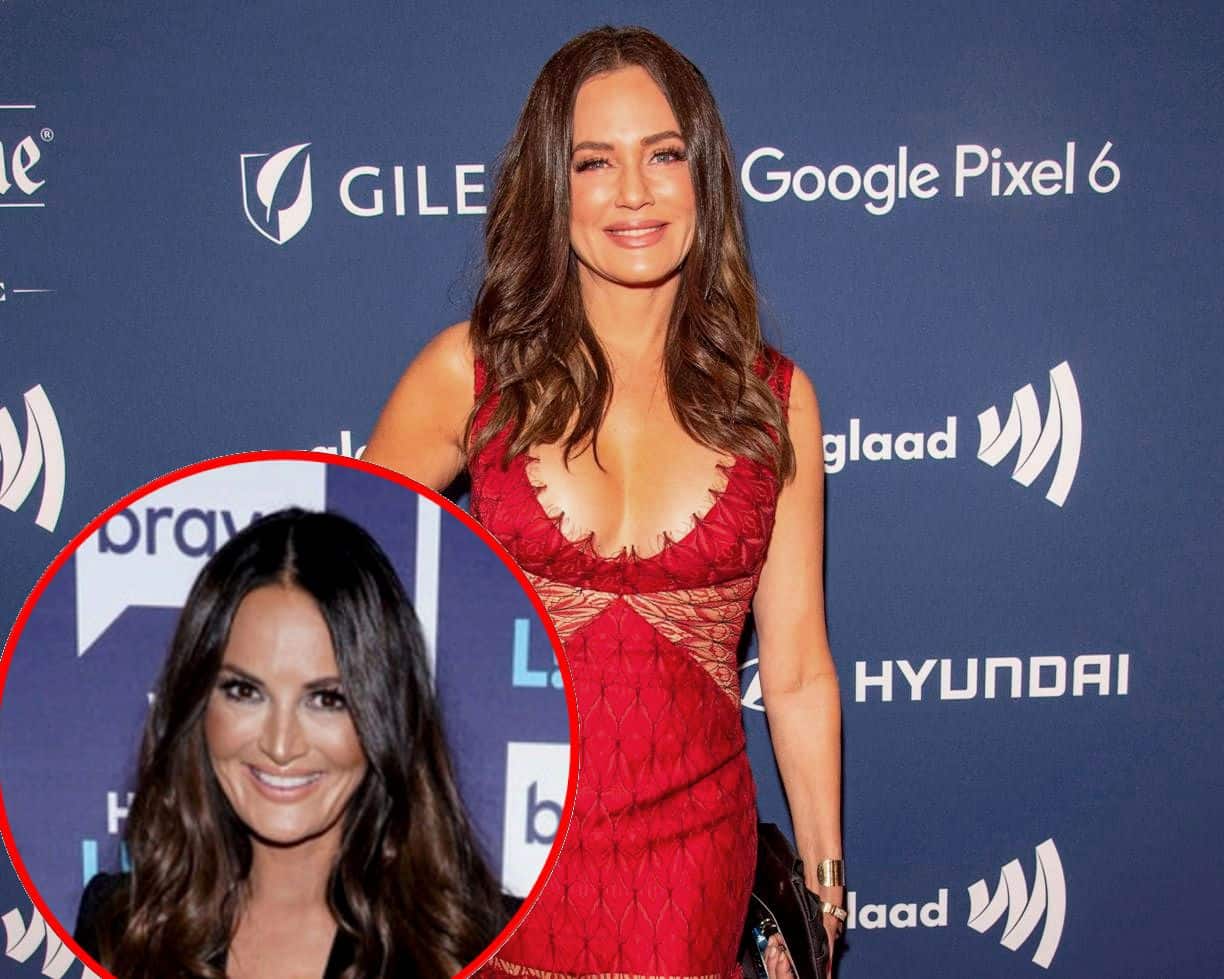 Meredith Marks was confronted by a fan on Wednesday night’s Watch What Happens Live who wanted to know why she wasn’t open to moving forward with Lisa Barlow after her hot mic moment, noting that she turned over a new leaf with Jen Shah, who she previously accused of “traumatizing” her family for years.

Before addressing a number of other Real Housewives of Salt Lake City-related topics, including Justin Rose losing his job and her relationship with former castmate Mary Cosby, Meredith explained why she’s “done” with Lisa — and “disengaging” from their drama.

“I am open, as you saw, I gave her a hug in Arizona, and I was looking forward to seeing… [But] she refused to explain the behavior, the underlying causes, she refused to give me any reassurance that it wouldn’t really happen again, other than saying, ‘I won’t do it again,’ so I kinda was like, ‘Alright, time will tell, let’s see what happens,’ and that’s exactly what I did,” Meredith shared on the November 2 episode of WWHL.

But according to Meredith, Lisa’s hot mic moment wasn’t the first issue between them and there was “a lot more that unfolded.”

She then continued, “I’m done with it, I’m disengaging from Lisa Barlow at this point, because she has continued to make excuses for her behavior. An apology that has excuses attached to it is not an apology… I’ve heard about it from her friends and from my friends, she has had a lot to say about me prior to that.”

As for what she’s had to say about Lisa, specifically the claims of her RHOSLC co-star doing “favors” for tequila placements, Meredith said she first heard it from Whitney Rose on the day it was discussed and denied creating it herself in an effort to get back at Lisa. Instead, she said she had “reasons” to believe questions should be asked.

“I will not do to Lisa what she did to me, which was perpetually try to excuse a hurtful behavior,” Meredith said. “I’m not going to do that but I had other reasons for exploring it as a question, not trying to create something.”

“I know my mom to be the best mom on the planet and she’s such a hard-working businesswoman and a true inspiration for me. So it was obviously a little bit difficult to watch something that I think is so polar opposite of what I believe my mom to be,” she revealed. “So honestly I didn’t really care because I know the type of person my mom is so it kinda went in one ear and out the other.”

While Meredith’s friendship with Lisa is no more, she’s remained close to Jen throughout her legal drama, which saw her plead guilty to telemarketing fraud over the summer.

“Jen has a lot of things going on right now as we all know and I don’t kick someone when they’re down,” Meredith said of the relationship.

Then, when Andy Cohen pointed out that Jen is “being sentenced on [Meredith’s] birthday,” Meredith said, “That’s correct.”

“It’s not so great. So I don’t kick someone when they’re down,” Meredith insisted. “That’s not my vibe and the last thing I wanted was for Jen Shah to be worrying about Meredith Marks. It wasn’t the time for it and I felt like she needed support, and I felt like I had a level of understanding of where she’s coming from, and when you have understanding, you have acceptance. And she gave me that. She gave me and my family clean apologies and a level of understanding and insight into what she was going through that made her do these things.”

When Andy then questioned her about her insinuation of having proof that Lisa was guilty of using fake accounts, Meredith said that while she doesn’t have proof of fake accounts, she may have something proving her co-star was “doing some underhanded social media stuff.”

She also denied claiming Lisa slept with people for money.

“That was not what I said. I said that I heard she had traded favors for her business,” Meredith clarified. “I don’t really know exactly what the favors were it could also be a social media post… could be anything.”

As for Justin losing his job due to Whitney’s role on RHOSLC, Meredith agreed the circumstances were “not good.”

“That’s what happened, and you know, like Lisa said, sometimes you feel a blessing out of bad moments and that’s what we have to hope for,” she stated.

Also on the live broadcast, Meredith revealed the best gift she ever got from Lisa was a staycation at the Auberge resort in Park City and confirmed she’s still in touch with Mary.

Later, on the WWHL: After Show, Meredith responded to a fan who wanted to know where her husband, Seth Marks, stands with Lisa’s hubby, John Barlow, saying she “of course” isn’t standing in the way of their friendship.

“I have never, ever, ever tried to dictate who should and should not be friends. I’m not gonna be the one saying, ‘You can’t be friends.’ I would never do that,” she noted. “I guess [they’re still friends]. We have not spent time with the Barlows but there’s no problem there that I’m aware of, on our side.”