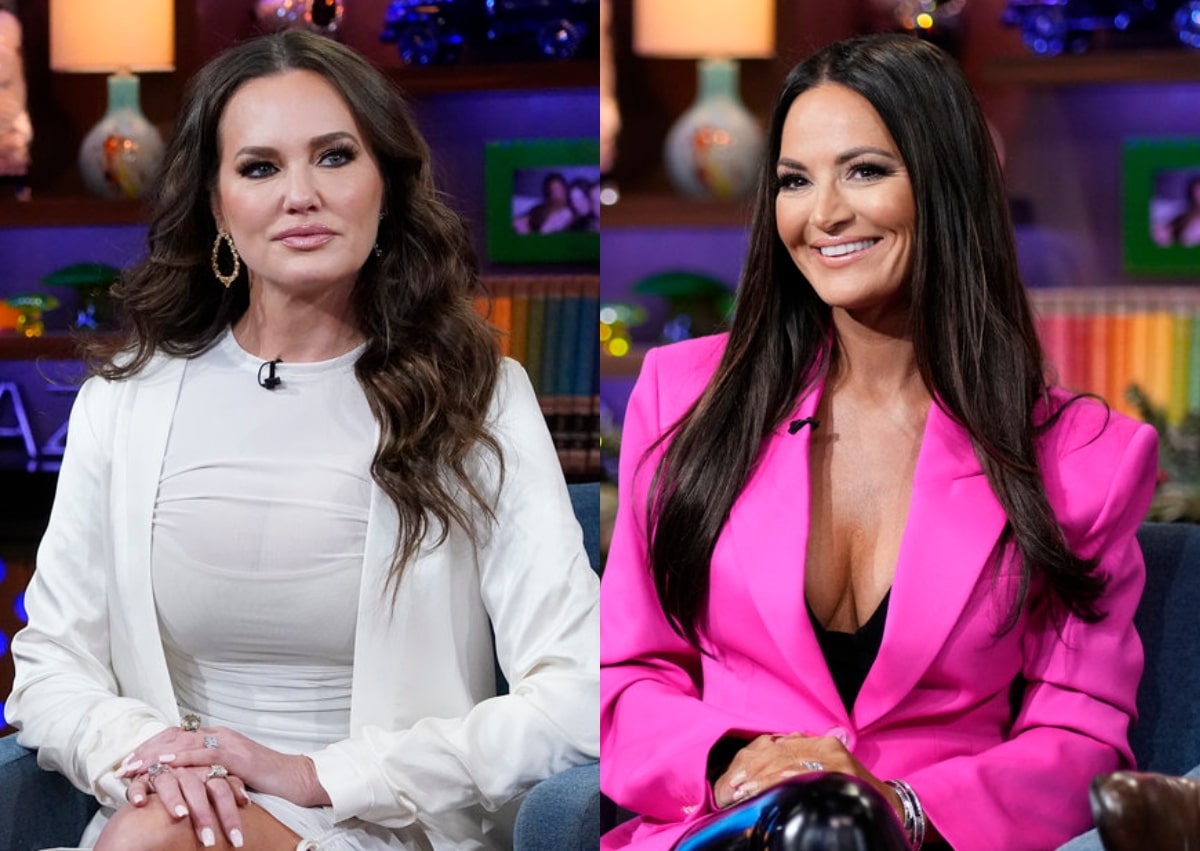 Meredith Marks is setting the record straight in regard to claims made against Lisa Barlow.

Before explaining why she’s remained in touch with Jen Shah in the weeks since she pled guilty to fraud, the Real Housewives of Salt Lake City cast member addressed Lisa’s controversial hot mic moment, during which she was accused of potentially cheating on husband Seth Marks, and the damage it did to their friendship.

“In any relationship, when you’re hurt, if you can understand why this happened—whether it’s someone just in a really bad place or there’s past trauma or it’s deflecting or projecting or just jealousy, whatever it may be, having a level of understanding of why that behavior occurred so that you can see that it’s not going to happen again is what allows you to move forward in that relationship,” Meredith explained to E! News on September 26.

“What I’m trying to get at is there a deeper problem, is there something I can look to to understand why she behaved the way she behaved,” Meredith continued. “Because I know I didn’t do anything to incite that level of hatred and venom and lies. It was just a total childish tantrum that she had and I didn’t deserve that at any level.”

Although Meredith was disgusted by Lisa’s outburst, she did her best to get to a place of understanding with her castmate in hopes that it would not happen again. But in the meantime, as fans saw in the trailer for season three, Meredith and Lisa once again find themselves at odds after Meredith mentions possible “favors” Lisa was doing to “help get places to pick up Vida Tequila.”

“The rumors, I don’t think I should say where they came from,” Meredith said of the claims. “But they came from several sources.”

According to Meredith, she brought up the rumors about Lisa “loosely” and didn’t intend to suggest she was doing anything “sexual,” as Whitney Rose stated.

“I did not say ‘sexual favors,’ I said favors,” Meredith clarified. “There’s a very big difference there. But I have no idea. If they’re true I’m sure it will cause a lot of friction and tension and if they’re not true I sincerely hope that they have the strength to deal with it. I mean there are rumors about everybody.”

As for where she and Lisa stand today, Meredith teased, “I think there’s always stuff for everybody to hash out at the reunion, so I’ll just leave it at that.”

During another interview, Meredith explained why she’s maintaining a friendship with Jen.

“Jen and I are still speaking. And more than ever, I think she probably needs some support from people around her,” Meredith told Page Six. “You’ll see a lot unfold and have a much better level of understanding of the place she was coming from — I can’t say in terms of her plea, that I have no idea — but just in general, emotionally.”

“You’ll see a lot of how she and I reconnect,” she added.

As RHOSLC fans may have seen, Jen’s lawyer, Priya Chaudhry, told Page Six that in pleading guilty, Jen “[wanted] to pay her debt to society and put this ordeal behind her and her family.”

Looking back, Meredith admitted she was surprised to hear that Jen changed her plea.

Meredith went on to say that because the case against Jen is “still open,” she hasn’t pressed her for information.

“She has not been sentenced, so it’s nothing she can speak freely about,” Meredith stated. “So that’s why I would never ask any questions either — because I know she can’t talk about it.”

Jen is facing up to 14 years behind bars and up to $9.5 million in restitution fees. She’ll be sentenced for her crimes on November 28.