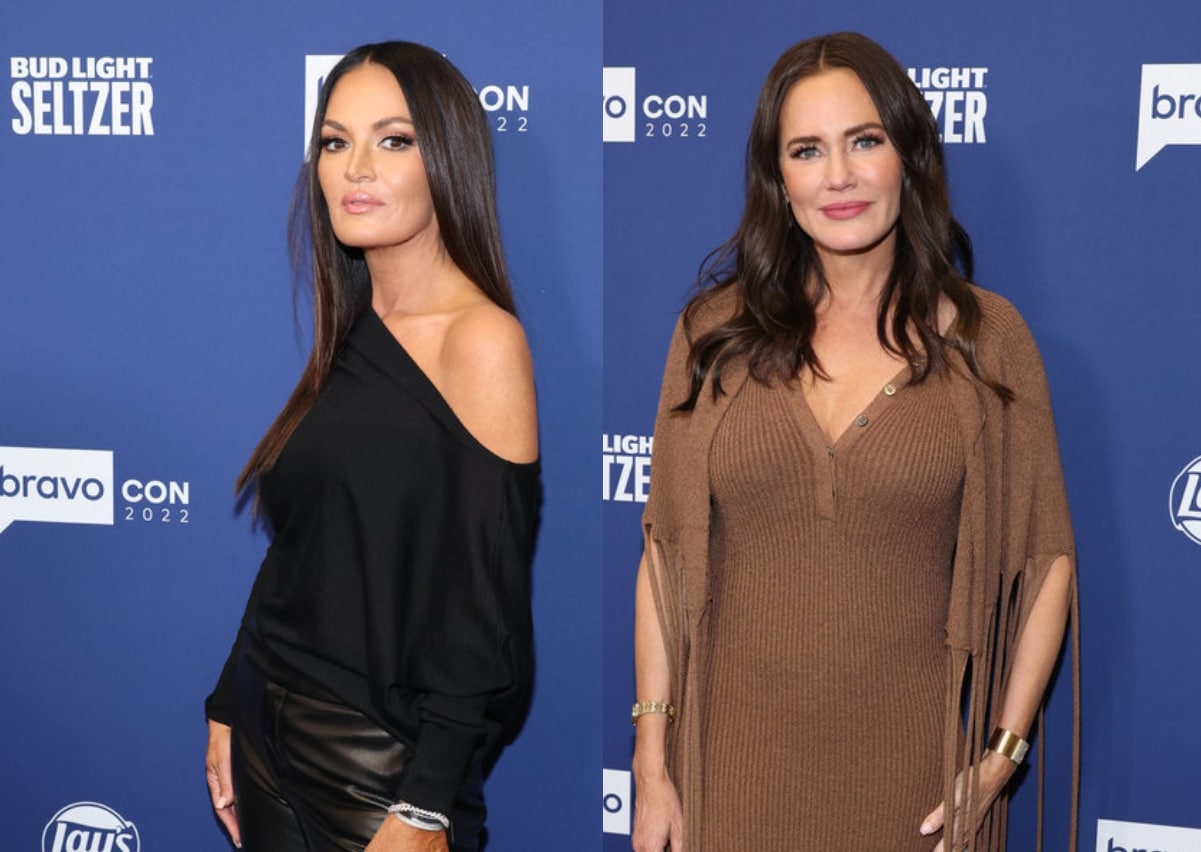 After being targeted with rumors that suggest she does “favors” to get her tequila in stores, the Real Housewives of Salt Lake City star spoke out against Meredith, shading her marriage to husband Seth Marks and accusing her of repeating the rumors in an effort to “punish” her for her hot mic moment of season two.

“When I went into season three, I knew things probably couldn’t be the same but I definitely didn’t think they would get this dark. I went in hoping for repair,” Lisa began during an October 26 interview with Extra. “It looks like my goals were different from everybody else’s.”

While Lisa hoped to reconcile with Meredith after season two, she chose to give her space after the episodes wrapped and felt that she needed time to process their feud as well.

“It was a lot for me in the sense that I felt horrible and you have to come to terms with like, ‘Hey, the whole world just saw an ugly rant.’ And I think for me, I was like, ‘Let’s give her some space.’ But I was hopeful that like, at some point we could chat knowing that things probably won’t ever be the same,” she explained.

Lisa also felt “horrible” about the rumors Meredith spread in regard to her supposed “favors.”

“Before I even had the hot mic moment I was hearing that she was not being a good friend to me, that she was saying really horrible things behind my back. And I think my friendship with Jen was really upsetting to her,” Lisa reasoned, adding that she believes Meredith wanted to “punish [her] nonstop.”

“The bottom line is everything I said was out of hurt and no one was supposed to hear it. What she’s doing is, it’s retaliation and intention driven. Her intention is to hurt me,” Lisa stated. “The things she was saying aren’t true. Like, I have never performed sexual favors for a tequila placement. That’s ridiculous in itself.”

While Lisa understood that Meredith may have targeted her marriage to John Barlow because she felt she had attacked Seth when she said, “You don’t own a house because you can’t because your family moves every two years,” she also pointed out that Meredith had talked extensively about the topic on past seasons.

Lisa then shaded Meredith’s marriage, saying she and John “live together.”

Also during the interview, Lisa revealed she and Jen Shah are “good,” although she described them as having a “very interesting dynamic.” She also explained why she believes Jen changed her plea to guilty over the summer ahead of her telemarketing trial.

“[Jen] saw the evidence when she was in New York,” Lisa shared. “Jen had saw the evidence that was stacked up against her and I think she realized that it might be impossible to win so it was probably better to plead guilty.”