Tamra Judge Says She “Reanalyzed” Old Friendships on New RHOC Season, Shares Which Costar Surprised Her Most and Teases “Best” Season Ever 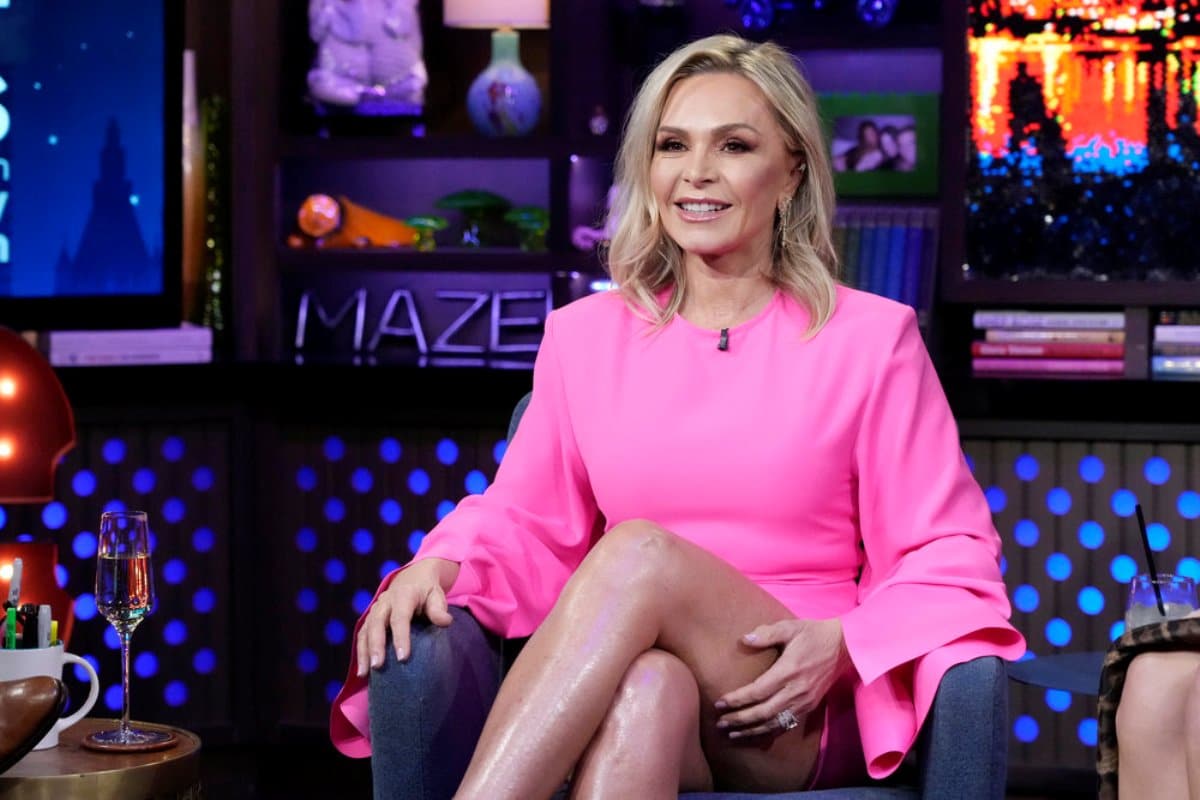 Tamra Judge opened up about the upcoming 17th season of The Real Housewives of Orange County during a Q&A with her fans and followers on Instagram on Wednesday night.

Following reports regarding a potential falling out with co-star Heather Dubrow, Tamra confirmed she “reanalyzed” her “old friends” of the show, who also include Shannon Beador, before revealing she was “most surprised” by Emily Simpson amid production and promising the new season will be the “best.”

“How did you like being back [and] filming again? Everything you missed or not?” a fan asked Tamra on her Instagram Story on November 9.

“I forgot how exhausting it was! I laughed, I cried, I yelled, I drank a lot… made new friends and reanalyzed old friends,” Tamra replied, not revealing which of her “old friends” she was referring to. 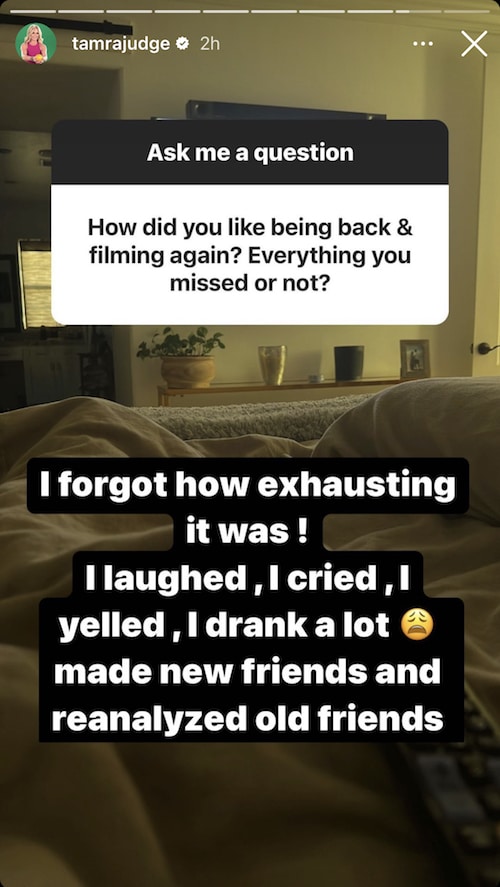 Another fan wanted to know which of Tamra’s RHOC castmates of season 17, which is expected to include Heather, Shannon, Emily, Gina Kirschenheiter, Taylor Armstrong, formerly of The Real Housewives of Beverly Hills, and potentially a newbie or two, surprised her the most amid filming.

“Who surprised you (in a good way) the most this season of RHOC?” they asked.

And while Tamra didn’t have anything to say, she revealed, via an arrow, that the honor went to Emily. 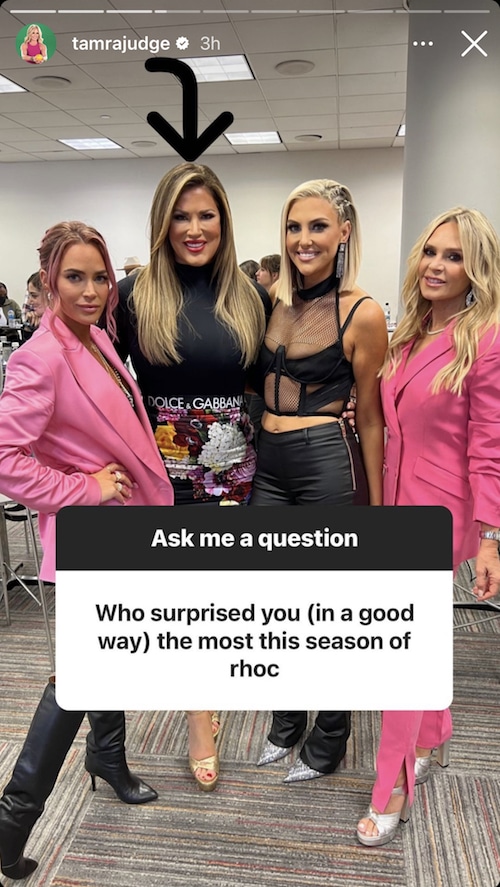 When Tamra was then asked for “[three] words to describe the new season,” she said it would be the “best season ever.” 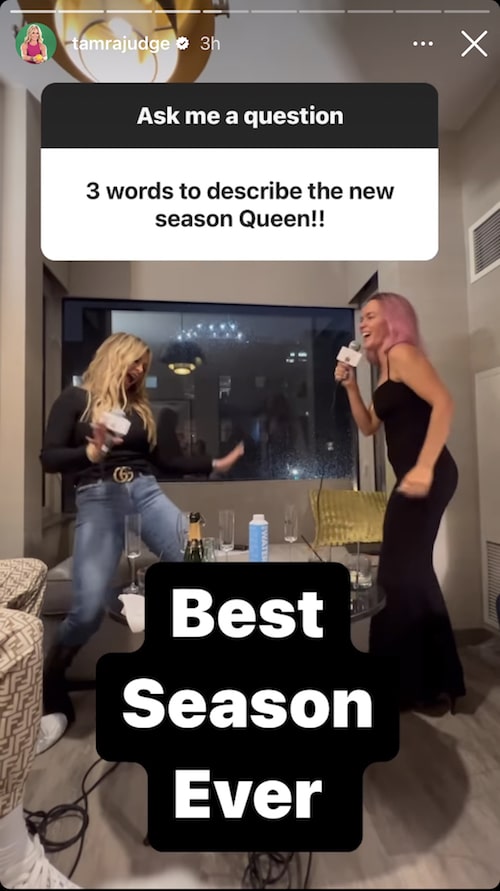 As RHOC fans may know, Tamra and Emily have feuded in the past. In fact, just months ago, during an episode of her podcast with Teddi Mellencamp, Two Ts in a Pod, Tamra shaded Emily for fabricating storylines on the show.

“That’s a really bad move,” she said. “I know one that’s on [RHOC] who every year, it’s something different. It’s either a business that never pulls through or something that doesn’t make any sense.”

Then, Teddi noted that Emily was excited about Tamra’s return, and “all of the sudden all up [her]… ” And Tamra then accused Emily of “dancing on [her] grave when [she] got fired.”

The Real Housewives of Orange County season 17 is expected to premiere on Bravo in early 2023.