Home Real Housewives of New Jersey News Teresa Giudice Shades RHONJ as “High School,” Shares Thoughts on Caroline’s Return, and Where She Stands With Danielle, Plus In-Laws and DWTS

Teresa Giudice Shades RHONJ as “High School,” Shares Thoughts on Caroline’s Return, and Where She Stands With Danielle, Plus In-Laws and DWTS 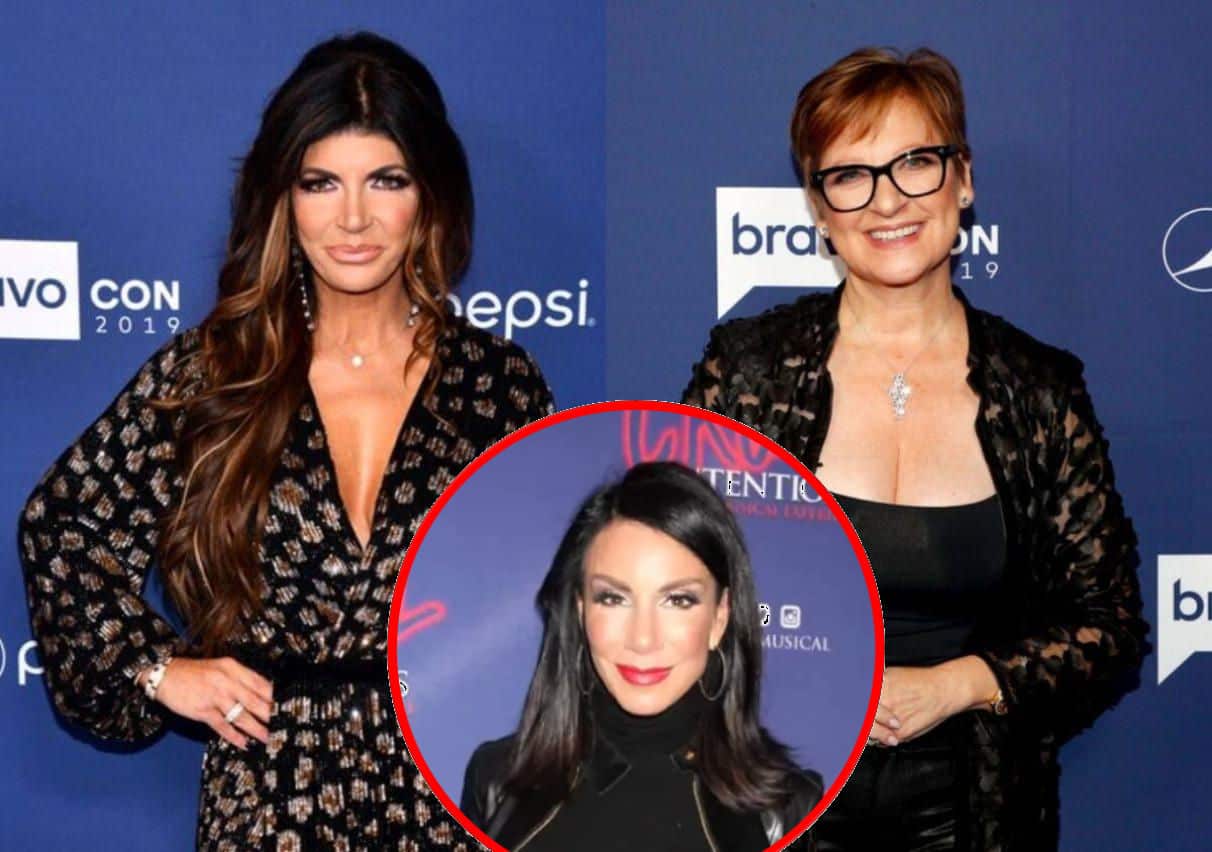 Teresa Giudice admitted there are things she doesn’t like about The Real Housewives of New Jersey on an episode of her podcast.

Before answering a question from a fan, who wanted to know if she’d prefer a return from Caroline Manzo or Danielle Staub, gushing over her new in-laws, and sharing why she joined Dancing With the Stars, Teresa said she finds RHONJ to be childish.

“I don’t like how our show is so.. sides. It’s so, like, high school-ish,” she explained on an episode of Namaste B$tches. “I don’t like how Jersey is because it seems like… pick a side. And it’s like, I think you should be kind to everyone and then make your decision based on if you click with that person or not.”

While the upcoming 13th season has already wrapped production and is expected to begin airing in the coming months, Teresa addressed a number of different casting possibilities, including the potential return of Caroline, who she would not prefer over Danielle.

“And the thing is,” she continued, seemingly in a nod to Melissa Gorga, “people that don’t like me are gonna say, ‘Yes! Bring her on. Yes!’ It’s like, please, I’m gonna laugh at that.”

Then, with direct shade at Melissa, Teresa said that she’d rather film with “neither” Caroline, nor Melissa.

As for where she stands with Danielle, Teresa confirmed they are not currently in touch.

“I don’t get the last time, how she threw me under the bus when I’m the one that brought her back,” Teresa explained of Danielle outing her for encouraging her to pull Margaret Josephs‘ hair on season 10.

“The reason why I wanted to bring her back and why I did yoga with her, because I was away, in jail and in camp, when I was away, and when I came home, I was a single mom, so I felt bad for her because her job was taken away from her and I just wanted her to know that that wasn’t my doing,” Teresa continued. “[And] she went against me, again, for no reason, and then she’s the one that lost her job.”

Now, years later, Teresa is “not really” on board with making amends for the third time.

“I think I’ve tried. I just got disappointed the last time,” she noted.

While Teresa is also remaining on the outs with Melissa and her brother, Joe Gorga, she’s in a great place with the family of her new husband, Luis Ruelas.

“They are so amazing. I love my father-in-law. I love my mother-in-law. They’re the in-laws I’ve always wanted,” she gushed. “They’re beautiful people, and I adore them. And I thank Luis’ mom all the time for raising such an amazing son, and the father also, both of them.”

Regarding her short-lived stint on DWTS, Teresa said she had “so much fun.”

“The reason why I decided to do this is I wanna show everyone out there that it’s never too late to do anything in life. I’ve always wanted to be a dancer since I was little,” she revealed. “So I [gave] it my all. I [didn’t] want to let people down. I [didn’t] want to let my fans down, I [didn’t] wanna let my daughter down. Even [Audrianna Giudice] this week, she [was] like, ‘Mommy, make sure you do good.’”

Unfortunately, Teresa was eliminated during week two. However, before she was, she endured an emotional moment as she prepared for Elvis week.

“I actually even cried… because it was about Elvis and I remember growing up, watching Elvis with my parents and then also when my dad lived with me, Elvis movies would come on once in a while, so that’s what made me get emotional over it,” she shared.

The Real Housewives of New Jersey season 13 will premiere on Bravo later this year or early next year.